As wireless technology from the 5G network is slowly finding its way around the globe, many government agencies and organizations advise that there is no reason to worry about the effects of radio frequency fields on our health. However, some experts disagree. The advantage of the next standard for mobile radio networks is that it can work at high speed and with little delay on more devices per unit area. However, many fear that 5G could affect human health. For this reason, we have summarized different perspectives on this topic.

Could the 5G network be dangerous? 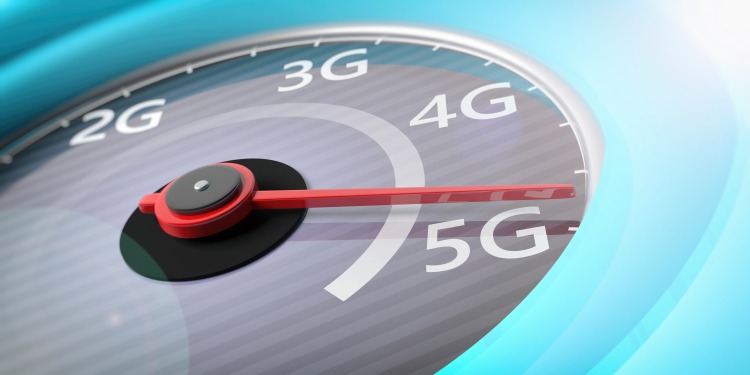 The term 5G refers to the fifth generation of mobile technology. With the promise of faster streaming and download speeds as well as better connectivity, the 5G network seems to be a natural development of an increasingly technology-dependent society. The technology not only allows us to stream the latest films, but also increases capacity and reduces latency. The latter is the time that devices need to communicate with each other. For integrated applications such as robotics, self-driving cars and medical devices, these changes will play a major role in how quickly we integrate technology into our everyday lives.

The mainstay of 5G technology will be the use of higher frequency bandwidths across the entire radio frequency spectrum. There was a lot of excitement in 2018 when several telecommunications companies put forward their plan to introduce the 5G network for the future. However, some of the most recent findings related to the real implementation of this technology have not sparked the right hype. There are even moratoriums signed by qualified scientists and doctors for the introduction of 5G technology. Why does 5G experience such friction even when it is not even ready for use? First, let's see what 5G network is and how it differs from the current 4G standard. This helps us understand why 5G is associated with many complications. It also gives us a better overview of the next generation mobile network and the controversy associated with its implementation.

All mobile phone technologies use electromagnetic radiation. This has caused some people to worry about increased health risks, including the development of certain types of cancer. In 2014, the World Health Organization (WHO) found no adverse health effects from using cell phones. However, the WHO, together with the International Agency for Research on Cancer, has classified all high-frequency radiation, which also includes mobile signals, as “possibly carcinogenic”. The experts categorized this because there is evidence that human exposure can cause cancer. However, the researchers classified the eating of pickled vegetables and the use of talcum powder in the same category. For example, alcoholic beverages and processed meat fall into a higher category because the evidence is stronger.

The latest mobile technology will use millimeter waves for the first time in addition to the microwaves used for older mobile technologies (2G to 4G). With a limited range, the 5G network requires antennas every 100 to 200 meters, which exposes many people to radiation. Such a cellular network also uses new technologies that pose unique challenges for measuring exposure. Millimeter waves are mostly absorbed within a few millimeters of human skin and in the surface layers of the cornea. Short-term exposure can have adverse physiological effects on the peripheral nervous system, the immune system and the cardiovascular system. Research suggests that long-term exposure could pose health risks such as melanoma, eye melanoma, and sterility.

An electromagnetic field (EMF) is an energy field that results from electromagnetic radiation. This is a form of energy created by the flow of electricity. Electrical fields exist wherever there are power lines or sockets, regardless of whether the power is on or not. Magnetic fields only arise when electrical currents flow. Together they produce electromagnetic radiation. This consists of a spectrum of different wavelengths and frequencies, which are measured in Hertz (Hz). This term describes the number of cycles per second. The speed at 5G plays a crucial role in the mobile experience. If you want to stream in HD, a 3G connection has good enough speeds, while 4G can easily stream 1080p video if you have a good connection. 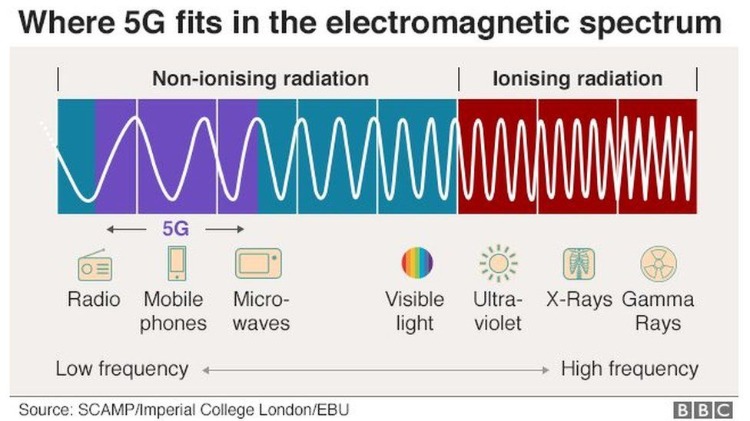 Theoretically, the 5G network can offer 1000 times the speed of 4G. Essentially, with good coverage, you can stream 4K videos on your phone or have a bandwidth of 100 GB per second. So the latest technology uses frequencies that are not overflowing with signals from other devices. This is not the case with 4G and 3G because they use the same spectrum and cause interference or noise. 5G avoids this by using a different frequency that is not used. This helps to achieve better speeds and very little distortion. In contrast to 4G towers, which project signals in 360 °, 5G antennas are very directional. This in turn leads to less interference with other signals that are present in the area. 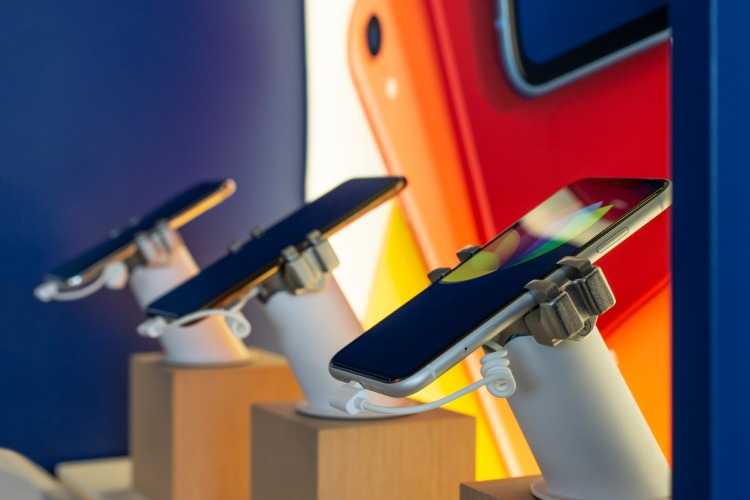 Latency is the time delay that a signal travels from a source device to the target device. With 5G, people should expect near real-time communication between devices, which is advertised with a latency of 1 millisecond, while 4G stands at 50 milliseconds. This is said to bring multiple benefits to different industries, such as healthcare and aviation, where rapid response is of the utmost importance. The 5G network therefore offers a much lower latency than 4G. However, the exact values ​​in real scenarios can only be validated after official use. 5G has more bandwidth than 4G, so you can connect more devices to a single internet connection like a router. This means there are no congestion issues that typically occur when you connect a variety of devices to a single router.

This is of great advantage for “Smart Homes”, since several devices that require access to the Internet are released here and your router is almost always used for this task. Although 5G contains impressive specs, it's still an incremental update over 4G. You have better speeds and everything you do online has access to this high speed internet. As already mentioned, you can also connect other devices to your 5G home network if you want to disconnect the cable connection. Smartphones are undoubtedly the main medium in which most of us access the Internet. However, you can only use the advantages of a 5G connection on your smartphone if your device supports it.

Is the 5G network environmentally harmful? 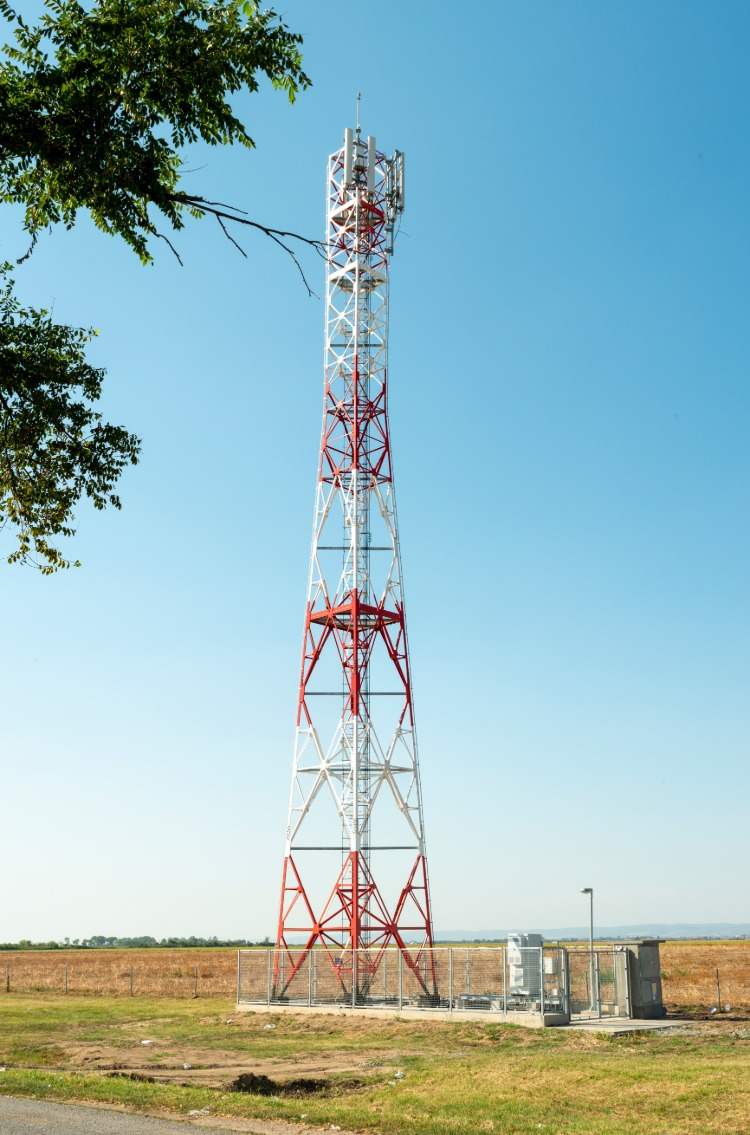 Due to the high frequency energy, the 5G waves do not travel long distances like 4G. For this reason, antennas must be placed closer together to ensure clear reception. However, this is not about a few more antennas, but about exponentially more. However, these are not fully grown towers, of which they are concerned, but antennas with a low profile. Accordingly, these take up only a fraction of the space of a normal tower. The real question, however, is whether this technology poses health risks and environmental problems. There are of course two different opinions on this question. Wireless networks and even government websites make you believe that radiation from the 5G network is safe.

However, more than 215 scientists from 40 different countries have appealed to take urgent measures to reduce exposure to wireless sources. These scientists have also submitted a letter that deals with health risks and 5G environmental pollution of the infrastructure. All of these scientists have conducted studies and published their results in journals that show adverse biological and health effects. In these, they mainly research the electromagnetic fields developed by humans. In another letter, a professor of biochemistry discussed the serious biological and health effects of 5G and found that the current guidelines are inadequate, outdated and in favor of telecommunications. 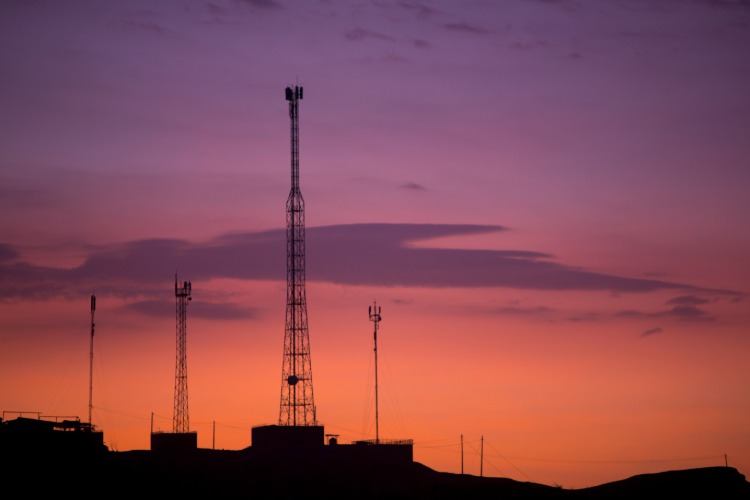 The researchers also believe that after implementation, serious side effects such as blindness, hearing loss, skin cancer, male infertility, and thyroid problems can occur in the long run. In addition to these specific studies, there are numerous other studies that show evidence of the harmful effects of extremely intense, low-intensity electromagnetic radiation on animals.

A 5G network is definitely the future. The world population will surely soon experience lightning-fast Internet speeds on mobile devices. While improving connectivity will improve our lives, it is likely to do so at the expense of our own health in the long run. This advanced, but not 100 percent tested, technology is fast approaching and there is very little that mesite people can do to stop their widespread implementation. One thing that everyone should do, however, is to better understand electromagnetic fields and protect themselves by choosing the right products. 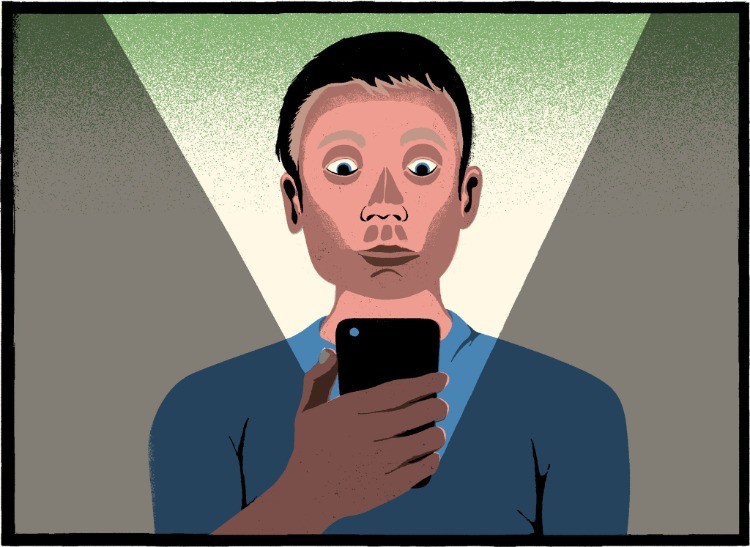 So try to limit your exposure by restricting the use of phones and smart devices. If possible, avoid using 5G-capable devices. Use radiation detectors to determine if you are near the high values. You can also sign a petition to stop deployment of the 5G wireless network until an appropriate framework and guidelines are in place to address health and environmental concerns. Before we make our homes, shops and cities “intelligent”, it is important to make “intelligent” decisions when introducing the new technology.

Bread without yeast in different variations – 10 delicious recipes for baking