What is the best sugar replacement for diabetics and keto diet?

Diabetics should avoid honey and sugar as much as possible and be familiar with their sweet alternatives. But is there an ideal sugar substitute for diabetics that doesn't affect blood sugar levels? Since artificial sweeteners have no nutritional value, sugar alcohols and natural sweeteners are the better choice. In particular, the calorie-free plant extracts stevia and monk fruit have gained popularity in recent years and are considered safe for diabetics. People who go on a keto diet can also save calories and carbohydrates with these sweeteners.

Sugar alcohols as a healthy sugar substitute for diabetics

Sugar alcohols such as mannitol, sorbitol and xylitol are found in many sugar-free gums and sweets. In contrast to artificial sweeteners, these can increase blood sugar only slightly or not at all. Sugar alcohols, also called polyols, are usually obtained from fruits and vegetables. Their influence on blood sugar depends on their glycemic index and ranges from 13 for xylitol to 9 for sorbitol. Despite their relatively minor influence on blood sugar levels, certain sugar alcohols (such as xylitol) can have a laxative effect if consumed excessively.

Use in cooking and baking

Since many sweeteners have a higher or lower sweetening power than sugar, you have to adjust your recipe accordingly. Even though specific instructions for cooking and baking are given, you should try and get the sweetness you want (try using less at first and adjust the amounts accordingly), or you can look for certain recipes that are sugar substitutes for diabetics instead of white sugar.

Some other aspects to watch out for when cooking and baking with sugar alternatives are:

Natural sugar substitute for diabetics and on a keto diet

There are several sugar alternatives that are preferable in diabetes because these options tend to have less of an effect on blood sugar levels than traditional sugar.

Xylitol is a sugar alcohol that is found in many types of fruit and vegetables and has a similar sweetness to sugar. At 2.4 calories per gram, xylitol contains 40 percent fewer calories than sugar and has little effect on blood sugar and insulin. Xylitol can be obtained from birch trees or from plant fibers known as xylan.

Erythritol, also a sugar alcohol, has been established as a good sugar substitute for diabetics due to its sweetness and low to no calorie content. Erythritol is made from fermented wheat or cornstarch and contains 70 percent of the sweetness of sugar and only 6 percent of the calories, with only 0.24 calories per gram.

Erythritol is very safe to use, but can still cause indigestion if consumed in large quantities (like any sugar alcohol). Since we don't have the enzymes necessary to digest erythritol, most of it is absorbed into the bloodstream and then excreted unchanged in the urine, which means that it doesn't raise blood sugar levels.

The monk fruit popular in Traditional Chinese Medicine (TCM), also called Luo Han Guo, is obtained from a dried melon and is a good sugar substitute for the keto diet. The monk fruit extract contains no calories, no carbohydrates and is 150 times sweeter than table sugar. It does not raise blood sugar levels, making it a good choice for diabetics.

While TCM has been used as an anti-inflammatory and sore throat suppressant in TCM for thousands of years, there have been no long-term scientific studies on its use.

The monk fruit is also available in powder form. It has a slight aftertaste, but this little disadvantage is fully offset by the many benefits of the fruit.

Yacon syrup is harvested from the roots of the yacon plant, which is native to the Andes in South America. Yacon syrup is a high-fiber sweetener that is packed with fructooligosaccharides. These soluble fibers serve as food for healthy intestinal bacteria.

Some studies have already linked yacon syrup to weight loss, but its real benefit is its high fiber content, which balances the glucose level. It has a glycemic index of 1. Yacon looks and tastes a bit like molasses, with a deep, caramel-like sweetness that works well with baked goods, sauces and desserts.

Stevia is a herbal product made from the leaves of the plant Stevia rebaudiana is won. Stevia is mostly sold in powder form, but can also be found as a liquid extract. Stevia contains neither calories nor carbohydrates and has a glycemic index of 0. It has a characteristic aftertaste that is well tolerated by most people, but can be very noticeable to others.

By the way, stevia can also be grown as a potted plant. With a single fresh leaf of stevia you can sweeten a cup of tea. 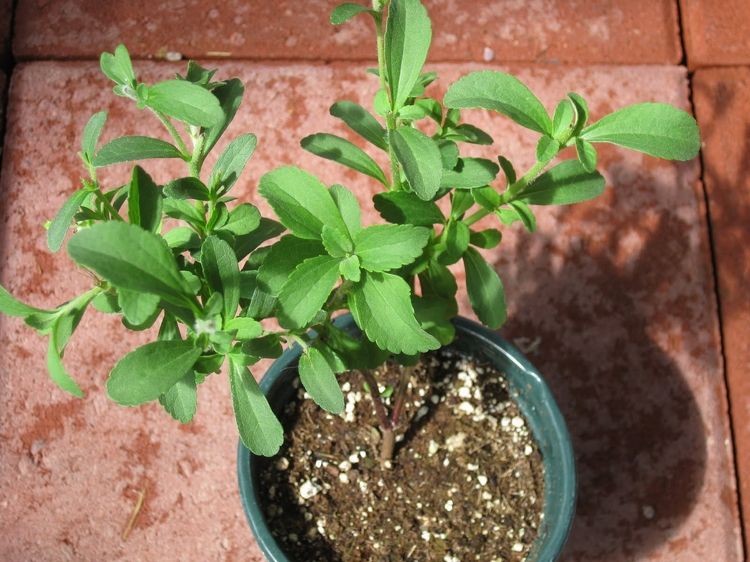 Clarify the problem with this DIY idea

Make toys for pets yourself: Lots of great and simple craft ideas for your...