That's why sourdough bread is so healthy! The advantages at a glance

Baking bread with sourdough has become increasingly popular recently. It is essentially based on a natural fermentation process using wild yeast and lactic acid bacteria, which are naturally present in the flour. The gases formed by the yeast let the dough rise and make bread fluffy. Many people believe that sourdough bread is tastier and healthier than traditional bread. But why is leaven healthy? We take a close look at the advantages of sourdough bread.

What is sourdough bread? 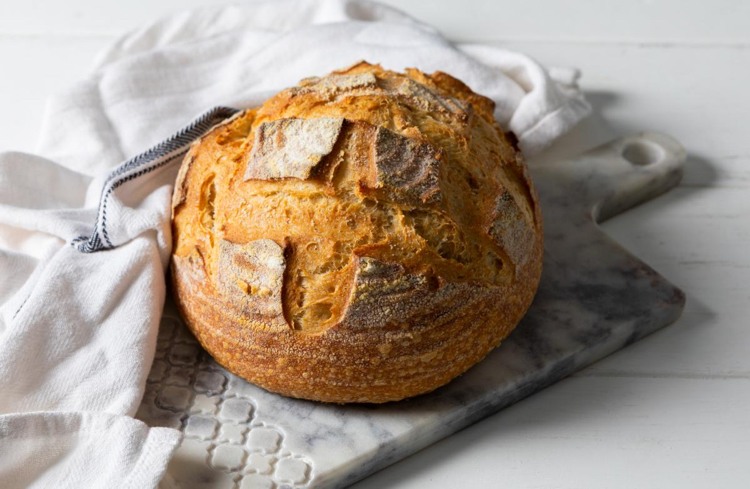 Sourdough is one of the oldest forms of grain fermentation. It is believed that it was around 1500 BC. BC comes from ancient Egypt. A sourdough bread recipe only requires four ingredients: flour, water, salt and naturally living wild yeast bacteria. The process begins with the production of a sourdough starter, which gives the sourdough its distinctive, spicy taste.

The starter must first ferment over several days, being fed with flour and water every day. This process takes about five days until the living yeast and lactic acid bacteria in the flour are properly acidified. The simple but long fermentation process gives the sourdough bread a unique texture and a beautiful shape.

Researchers at the Massachusetts Institute of Technology have found that Lactobacillus reuteri (found in fermentation) can boost the immune system, reduce the development of breast and colon tumors, accelerate skin wound healing, and even stimulate the brain to release the hormone oxytocin. 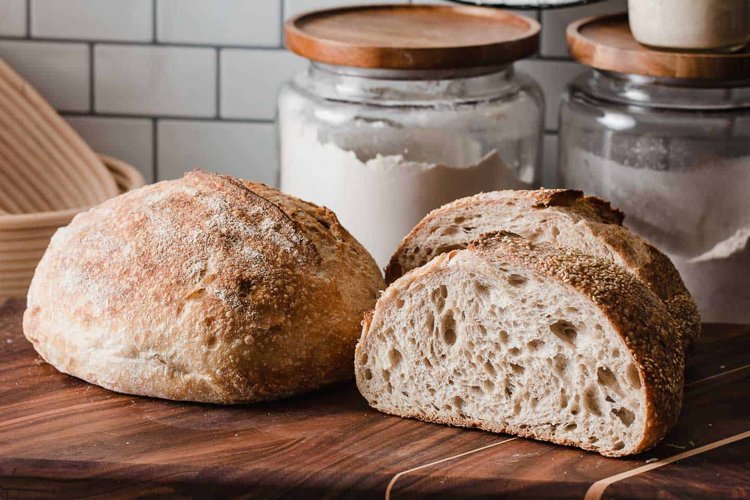 The nutritional composition of sourdough bread depends on the flour from which it is made – depending on whether it is wholegrain (such as rye or spelled flour) or refined. The basic nutritional profile of sourdough is similar to that of other types of bread, but it has some special properties that make it healthier.

Here is the nutritional breakdown for a medium slice (64 g) sourdough bread:

Sourdough bread is rich in vitamins and minerals 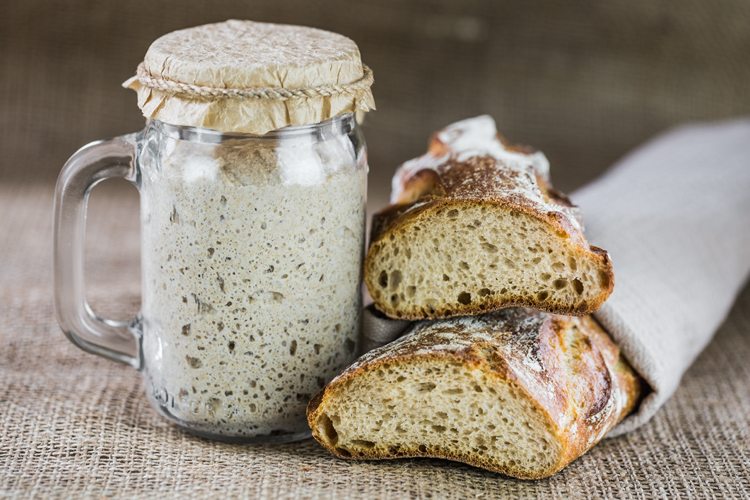 Although sourdough bread is often made from the same flour as other types of bread, the fermentation process improves its nutritional profile in different ways. First of all, whole grain breads contain a good amount of minerals, including potassium, phosphate, magnesium and zinc.

Unfortunately, the uptake of these minerals is limited by the presence of phytic acid, commonly known as phytate. Phytates are considered anti-nutrients because they bind to minerals, reducing your body's ability to absorb them. Interestingly, the lactic acid bacteria contained in the sourdough bread lower the pH of the bread, which promotes the breakdown of phytates. This results in a bread that has a much lower phytate content than other types of bread. A study showed that sourdough fermentation can reduce the phytate content of bread by 24-50% percent than the common baker's yeast. Lower phytate levels increase the mineral intake in the body, which makes the sourdough bread so healthy.

Studies show that the lactic acid bacteria present in the sourdough bread have the ability to release antioxidants during fermentation. The fermentation of leaven also increases the folate content in bread, although the content of certain nutrients such as vitamin E can easily be reduced.

Sourdough is also a good source of minerals like iron and selenium. Iron is an essential part of red blood cell production and energy metabolism. Selenium protects our immune system, our cells and our tissues. Sourdough is also rich in B vitamins, which support the proper functioning of the nervous system and help regulate our metabolism.

Sourdough bread is good for the intestines

A slice of sourdough bread contains 7 grams of protein. The high protein content is partly due to the lengthy sourdough preparation process. All resting and folding processes when preparing the dough for baking help activate its gluten content. Gluten consists of proteins and gives the bread dough its elasticity. 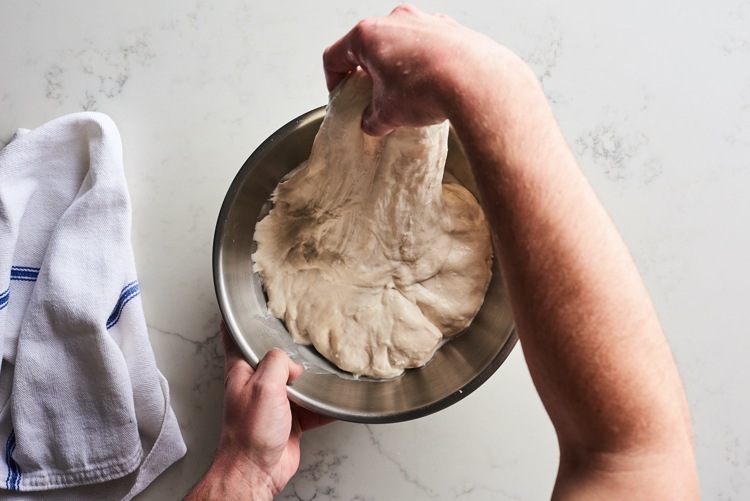 Gluten can cause digestive problems in people who are sensitive or allergic to it. The gluten tolerance varies from person to person. Some have no visible problems with digestion of gluten, while others can cause stomach pain, bloating, diarrhea, or constipation. The lower gluten content of sourdough bread can make it more tolerable for people sensitive to gluten.

Sourdough fermentation can break down gluten to a greater extent, but unfortunately it cannot completely decompose it. Sourdough bread containing wheat, barley or rye should be avoided by people with gluten intolerance or celiac disease. 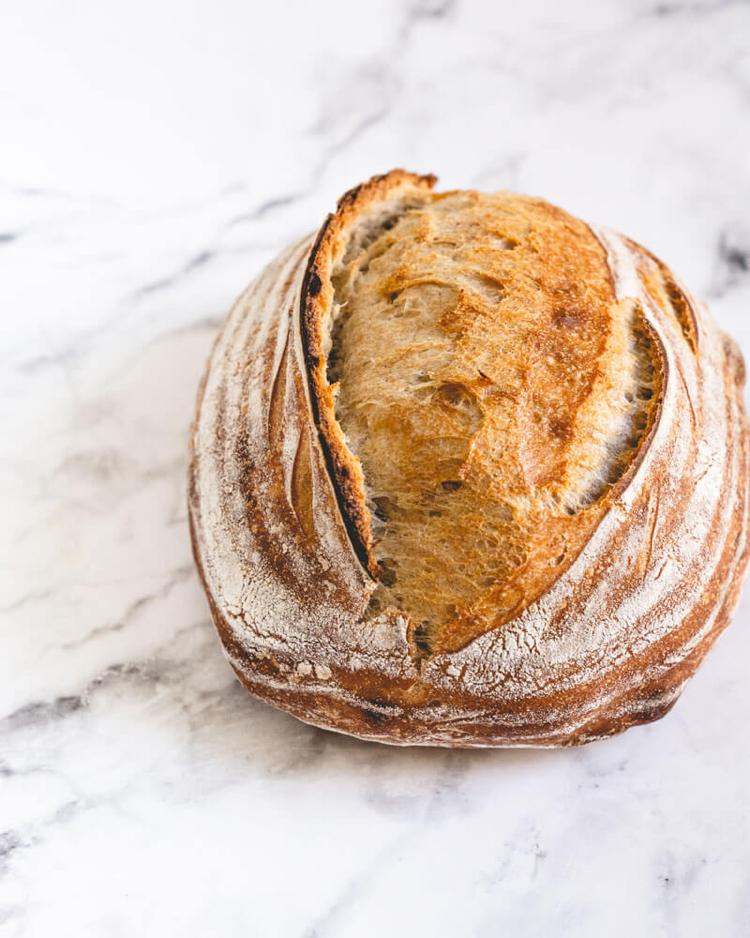 Sourdough bread has a better effect on blood sugar and insulin levels than other types of bread, although the reason for this is not yet fully understood. The researchers believe that sourdough fermentation can change the structure of the carbohydrate molecules. This lowers the bread's glycemic index (GI) and slows down the rate at which the sugars enter the bloodstream. The GI is a measure of how a food affects blood sugar. With lower GI foods, blood sugar levels are less likely to skyrocket. 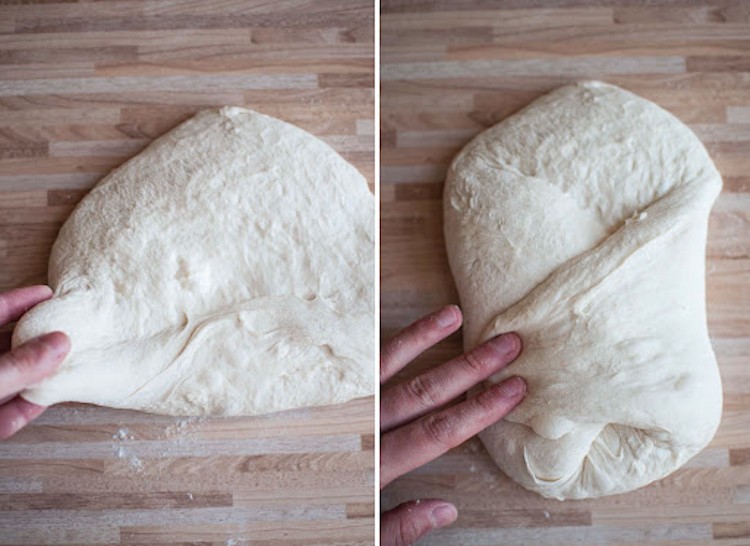 The lactic acid bacteria contained in the dough produce organic acids during fermentation. Some researchers believe that these acids can help delay gastric emptying and prevent blood sugar levels similar to vinegar. Several other studies compared participants' glucose response after eating sourdough bread and bread made with baker's yeast. Overall, participants who ate sourdough bread had lower blood sugar and insulin levels than those who ate yeast bread.

Sourdough is often used to bake rye bread. Since rye does not contain enough gluten, the usual baker's yeast is not suitable as a blowing agent for rye bread. One study showed that subjects who ate rye bread had a lower increase in insulin levels than those who were given the same amount of wheat bread. 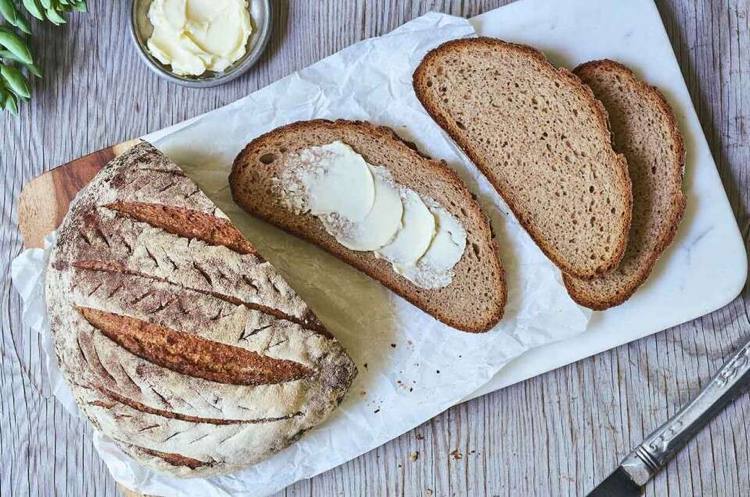 The post That's why sourdough bread is so healthy! The advantages at a glance appeared first on Deavita.com | Living ideas, design, hairstyles, make-up, lifestyle, health and beauty tips.

Buying mattresses: Comfortable lying down is an important prerequisite for a healthy sleep