Salt lamps and their effects on our health: what are they good for?

Salt lamps from the Himalayas have become very popular in recent years. They particularly appeal to people who want to promote their health in a natural way or who want to make their lifestyle more natural. What exactly a salt crystal lamp is good for, we will tell you below.

What are salt lamps?

Salt lamps are made from pink Himalayan salt chunks. In addition, the center of the rock is hollowed out and a light bulb is placed in it as a heat source. Himalayan pink salt is a salt crystal that comes from the Himalayas in Pakistan. In chemical structure, this salt is similar to table salt and mainly contains sodium chloride. It also contains trace minerals of potassium, magnesium and calcium, which give the salt its pink color. The minerals are also the reason why Himalayan salt has a different taste than normal table salt.

Himalayan salt lamps can often be found in spa centers, but can now be purchased online and in most shops for private use. Most people use Himalayan salt lamps because they like their look and warm light. Others believe in the supposed benefits of these lamps for health.

How do salt lamps work?

The operation of the salt lamps is based on a process called air ionization. This means that they release negative ions into the air. Rain showers, waterfalls, natural radioactivity and heat create air ions through the distribution of water molecules. Salt lamps can mimic this process. Air ionizers found on the market can also produce the same effect.

Salt lamps are said to generate negative ions by attracting water molecules. These evaporate when the lamp is heated. Some studies show mild cognitive performance effects from short-term exposure to high indoor air ion concentrations. However, the idea that salt lamps could offer the same benefit is unclear because the quantities produced may not be meaningful enough.

Other studies indicate that water vapors in the air that contain toxins are attracted to the surface of the rock due to the salt. In this case, the toxins are cleaned by the salt and the pollutants are removed. However, there is little evidence to support this claim.

Salt crystal lamp – what good for?

There are several claims about the health benefits of Himalayan salt lamps. Salt crystals are good for the indoor climate, are supposed to improve sleep and mood and reduce the effects of electromagnetic radiation.

Improved air quality in the room

Salt crystal lamps are said to improve indoor air quality. They are advertised as helpful for people with allergies, asthma and upper respiratory problems. Of course, there is no evidence that salt lamps can actually remove pollutants from the air or improve the air quality in your home or office. 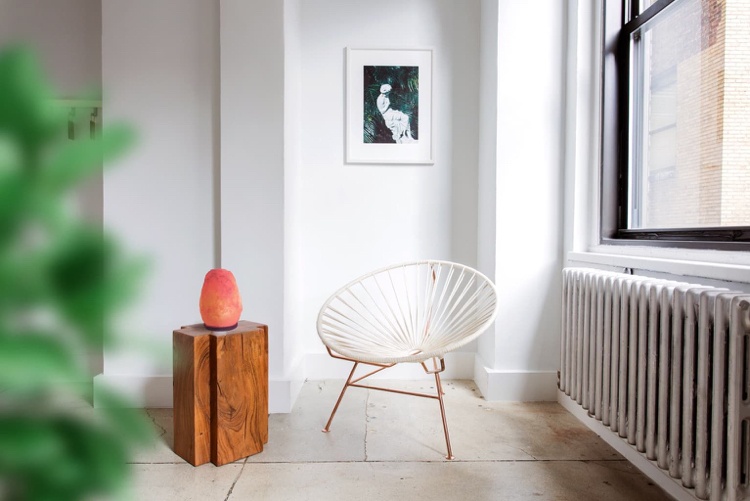 This claim is actually based on an old practice, known worldwide, called halotherapy. The word is derived from the Greek word for salt “halo”. Halotherapy is a treatment with dry salt. When staying in a salt cave, micro-elements, minerals and trace elements are inhaled, which alleviate chronic breathing difficulties and strengthen immunity.

A 2014 report on surveys of the therapeutic effects of a halotherapy room with an artificial salt mine environment concludes that halotherapy has some benefits in reducing the inflammatory effects of respiratory diseases. However, this effect is short-lived and the treatments have to be repeated. The safety of halotherapy was not examined in this report. No other studies provide adequate support to confirm the effectiveness or safety of halotherapy. 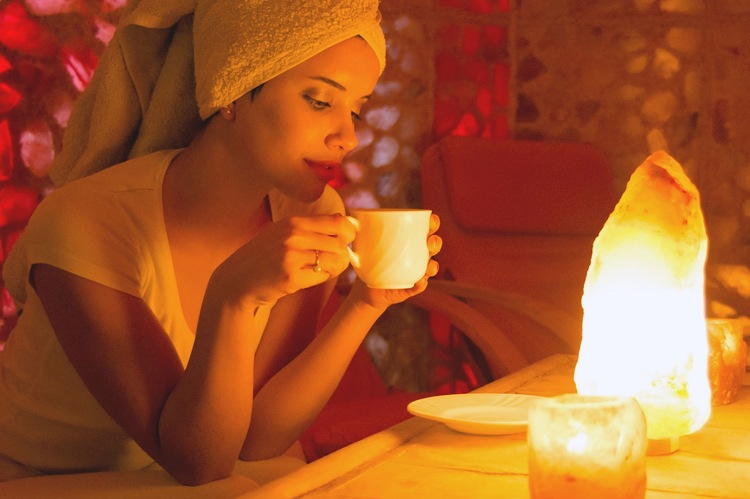 A second claim by people who support the use of Himalayan salt lamps is that they can improve mood. Some animal studies show that high exposure to negative ions promotes the production of serotonin – a neurotransmitter that regulates mood. 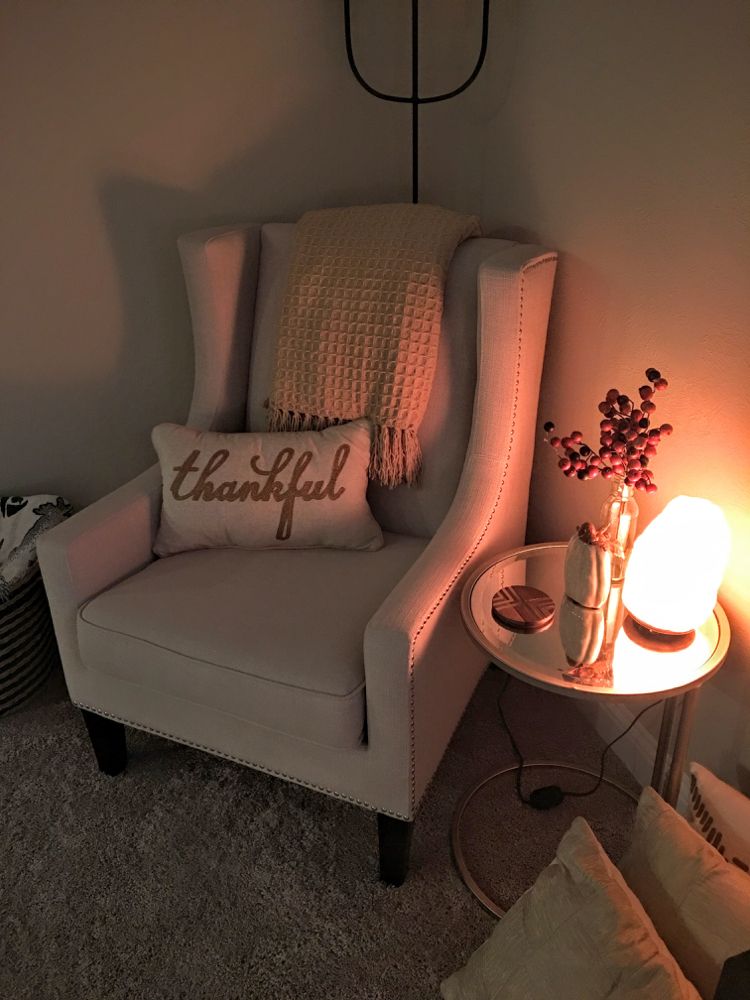 A 2013 meta-analysis and review of studies assessed the effects of air ionization on mood, well-being, anxiety and depression. The researchers also assessed exposure levels. They found that while the negative ions provided some relief from depression, the long-term effects, amounts needed, and frequency of treatments were unknown. In fact, every benefit was shown at very high exposure – which salt lamps do not offer.

Few studies have looked at the effects of salt lamps on sleep. However, they can promote a relaxing sleeping atmosphere because the dim light from the lamp can help you fall asleep. Bright light, however, including the light from electronic devices, can disrupt the production of melatonin, the sleep hormone. While this is not specific to salt lamps, it can be an added benefit. 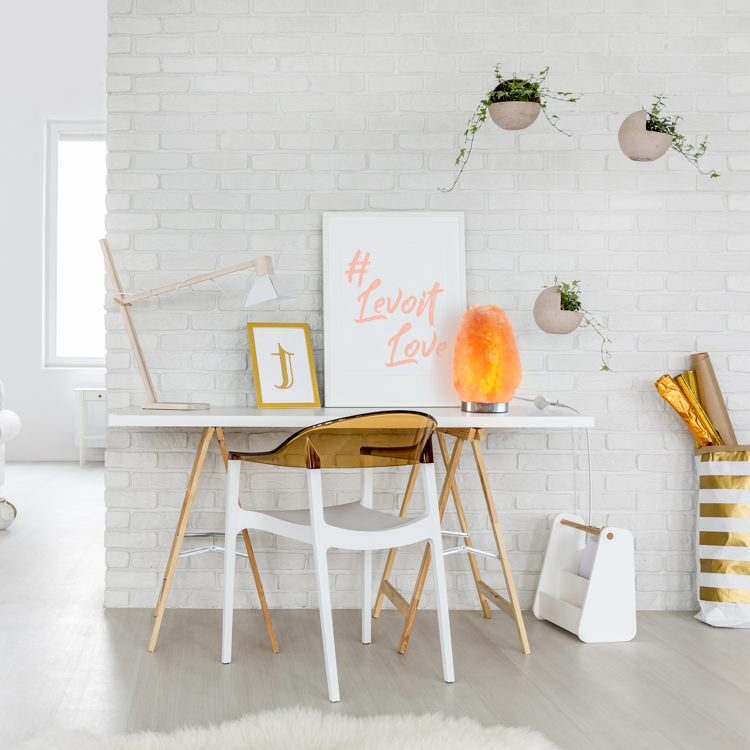 Electromagnetic radiation (EM) is a form of energy spread that is all around us and includes radio waves, X-rays, and gamma rays. Sunlight is also a form of electromagnetic radiation. Your television, your computer and your smartphone release EM in the form of unhealthy positive ions. Constant exposure to EM has serious long-term effects, including fatigue, increased stress and a weakened immune system. 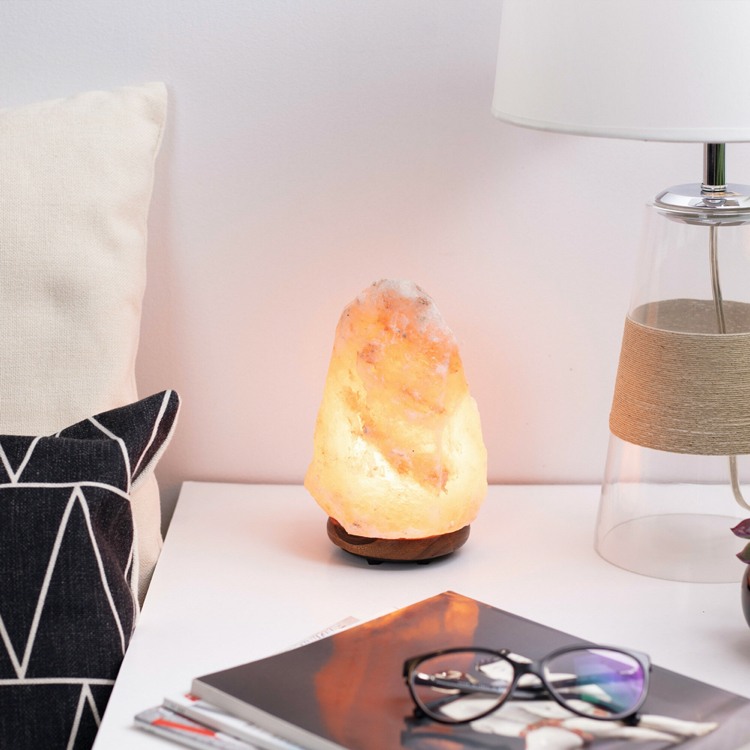 A lot of research has been done on the negative effects of electronic fields. In a report from the journal “Archives of Medicine” from 2015 it was found that the exposure to EM with a frequency of 1 kHz and an intensity of 150 V / m and 220 V / m over a period of up to one hour ” can have adverse effects on platelet oxygen metabolism, leading to cell dysfunction. In today's world, chronic exposure to even weak radiation from devices can cause cancer, compromise immunity, and contribute to numerous diseases and conditions. Because Himalayan salt lamps are natural negative ion generators, they can reduce the effects of positive ions.

Himalayan salt lamps are becoming increasingly popular, but they are unlikely to offer great health benefits. There is little study evidence to support claims about improving air quality, respiratory health, mood, or sleep. But they are beautiful to look at and create an atmospheric light. Accidents with these lamps are rarely reported. However, you should always ensure adequate fire protection, including keeping the lamps out of the reach of children and pets.

The post salt lamps and their effect on our health: what are they good for? appeared first on Deavita.com | Living ideas, design, hairstyles, make-up, lifestyle, health and beauty tips.

DIY ideas for those who can't keep flowers long in life