Drink nicely: Can the attractiveness be increased with “beer glasses”?

Just before Valentine's Day, Edge Hill University psychologists researched the science behind the “drink beautifully” effect. They suggest that this could be true when considering the attractiveness of potential partners. Dr. Rebecca Monk and Professor Derek Heim conducted a computerized study in bars and pubs on the university campus. They asked participants to respond to stimuli and ignore photos of attractive and unattractive faces.

Just drink beautifully as a woman or man 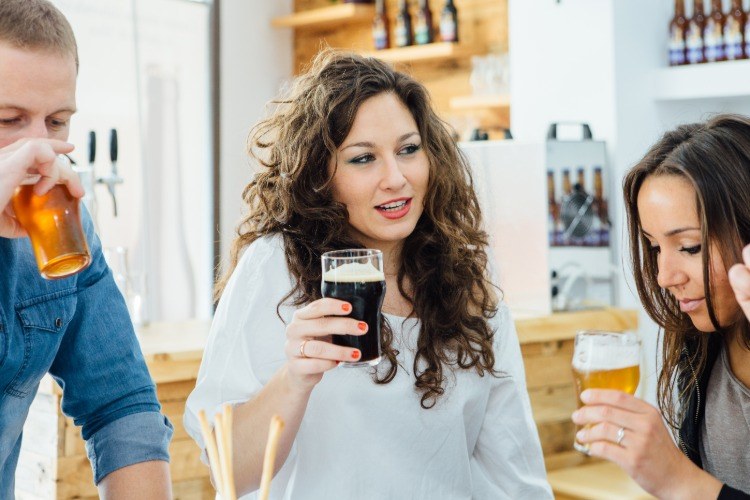 The results of the study above all showed that while sober participants distract themselves more from attractive faces, the attention of the drunk is drawn equally by attractive and unattractive faces.

“Previous research into the phenomena of beer glasses gave inconsistent results. They were largely limited to asking people directly how attractive they found others to be. ”That was what Doctor Monk, the lead author of the study, said. “By using an indirect level of attention, our research was able to overcome some of these limitations.”

“We know that attractive faces can distract attention from the actual task. However, our research also suggests that alcohol can reduce this effect and improve competitive conditions. ”

More than 120 participants, both sober and drunk, were asked to indicate on a laptop whether the letter “T” was the right way around or vice versa. At the same time, they should ignore the series of faces that appeared on the screen. Professor Derek Heim added: “Most people have heard of the beer glasses effect and drinking beautifully. Our research complements the evidence that this anecdotal wisdom contains some truth.

“It is remarkable that the participants in our study were only slightly intoxicated. That suggests that people don't need a lot of alcohol at all to put on their beer glasses. ”

Other scientists have also confirmed this theory: alcohol consumption removes inhibitions related to sex. Not surprisingly, a study by researchers in Switzerland found that drinking beer makes it easier for volunteers to view explicit sexual images. This effect was even greater in women than in men. Another not unexpected effect was the increase in positive behavior. After half a liter of beer, the study participants were more drawn to happy faces and social situations.

The results of the study provide some explanation for beer glasses. This is a slang term that describes how the influence of alcohol suddenly makes an unattractive person appear desirable. Lead researcher Professor Matthias Liechti from the University Hospital Basel said: “The effects of many drugs and substances of abuse have been tested in various tests for processing emotions and social perception.

Plank variants: The best and most effective exercises for your home workout at a glance!

Plank variants: The best and most effective exercises for...

Plank variants: The best and most effective exercises for your home...

These Halloween Snack Recipes were Hexen and Ghosts

New study proves: Some of the HPV-Impact simulation is the backbone of the birth...

Fitness exercises at home – so you can stay physically active during the quarantine...