For this project, the architects chose an unconventional approach to create a modular container house in Hamptons. The “Amagansett Modular House” is not a traditional building, but consists of a number of converted containers. The team prefabricated a total of six of them on site and assembled them in just two days. The modules of the house are located around an existing oak tree and are stacked in such a way that a living space of 1800 square meters is created in the middle of the nature area. 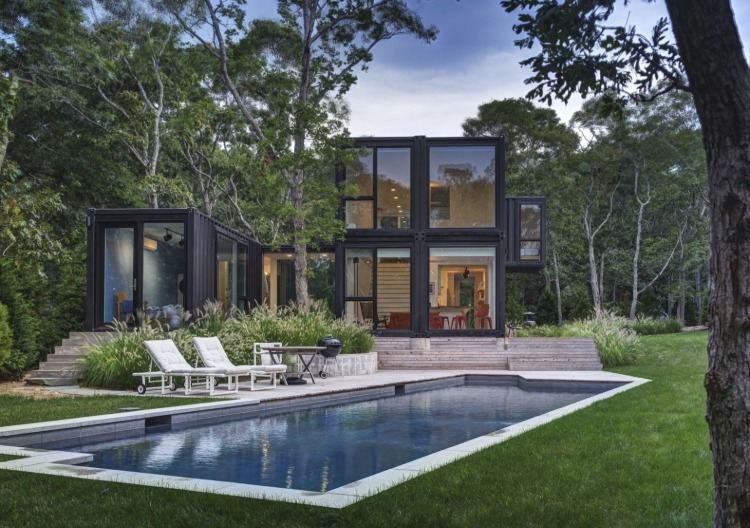 The living space comprises a total of four bedrooms, three bathrooms and a spacious living room. While the corrugated metal facade is painted black to blend in with the landscape, the interior radiates a bright, airy atmosphere with white walls and lots of natural light. The interior connects to the outside through the walls of the glazing. This highlights the view of the sunset, while the rooms are extended to a terrace by the pool. The customers, a family with three children, had a limited budget and were open to exploring unconventional building materials and methods.

The American architecture firm MB Architecture has stacked shipping containers to build this black vacation home in Amagansett, New York, in a matter of days. As a compact container modular house, this represents a 167 square meter weekend residence. It is located on a small forest plot in the hamlet on the south coast of Long Island. To meet customers' expectations for a retreat, the architects expanded the house with an additional container on the north side, which connects to the main volume at twice the height via a glazed walkway. There is also another container on the second floor. 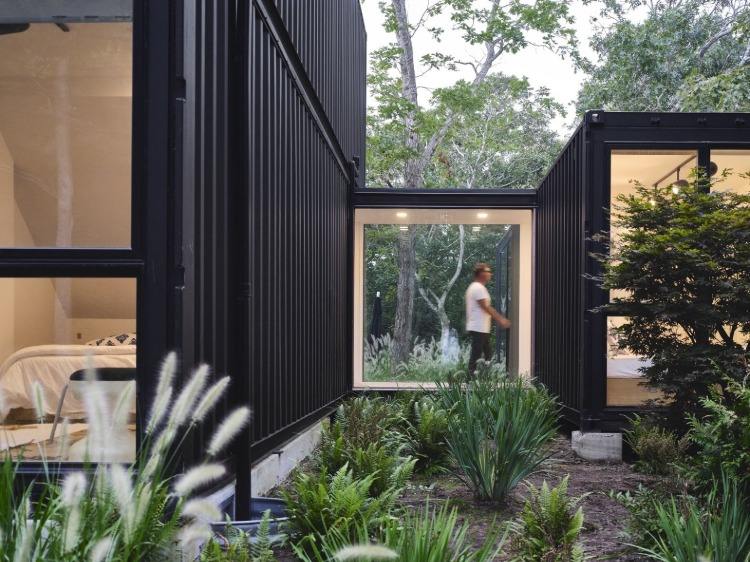 The separate bedroom wing has a shared bathroom. Large windows and glazed doors at both ends of the container create a living environment both indoors and outdoors. These changes also respond to the sloping surface that affected the placement and orientation of the west-facing building. The team painted the outer corrugated iron walls black so that the building retreats into the landscape. Several floor-to-ceiling windows and glazed doors create seamless connections between indoor and outdoor areas. However, the size of the modular house container is deliberately compact to match the neighboring houses. 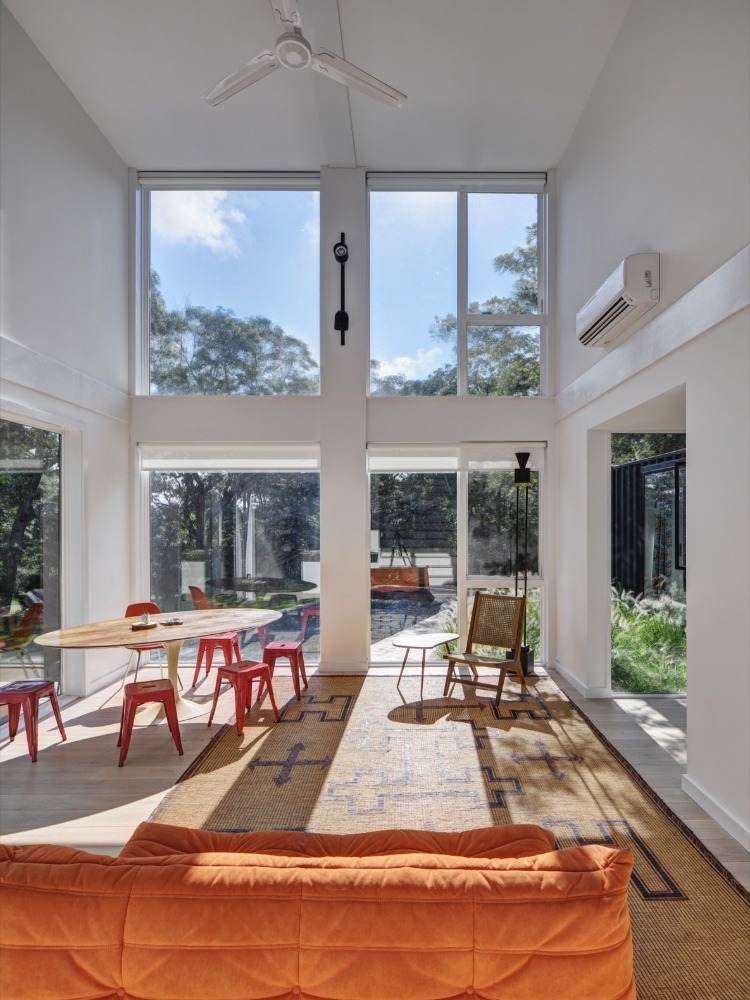 The architects used the double-high room and created a window wall. They flooded the living area with daylight and framed the view to the west. At sunset, rays of light literally go through the house. The sun-drenched living area is furnished with a vintage reed mat from the North African Tuareg tribe (bought at a flea market), a toga sofa and a Saarinen table with red Tolix stools.

The designers wanted to create a comfortable, playful and fun interior for children and parents. This created the open layout and the geometric facade. These illustrate how such a modular container house can feel very spacious. The team also cut a container to half its length and placed it on the second floor to accommodate the master bedroom. The architecture follows the natural contours of the wedge-shaped area: the building is on a higher level at the wider eastern end of the area, while the outdoor terrace to the west descends to the pool.

Large windows in the bedrooms upstairs create the illusion of being immersed in the treetops. The bespoke furniture rounds off the minimalist concept of the facility. The structural design on the second floor is unique. There are no bars underneath, but it is structured from above and held back under tension to the foundation on the opposite side. So this is a kind of structural breakthrough where the architects have used the inherent strength of the containers.

Brisk implementation of the construction project

The technical part of the project took place outside the site before the containers were transported and installed in two days. The kitchen cabinets, bathroom tiles and fixtures, the glass walkway, the landscape elements and the pool were added in the weeks after the installation. The minimalist kitchen has countertops, while the floors are bleached oak. 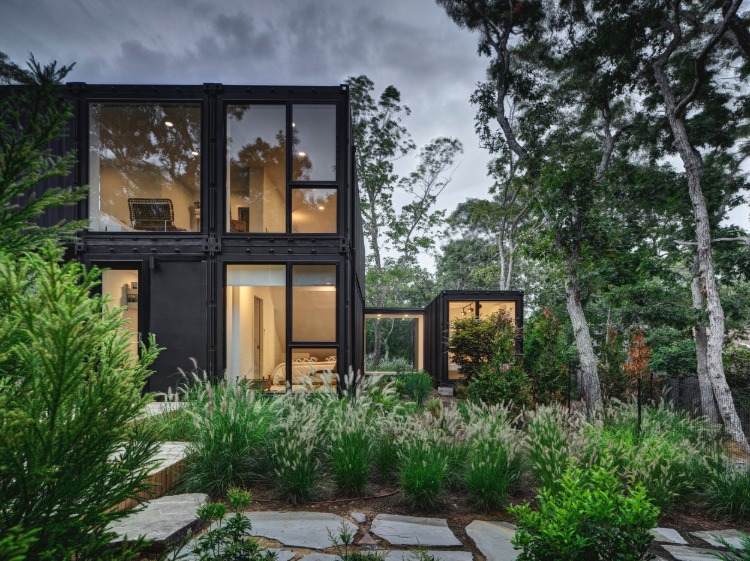 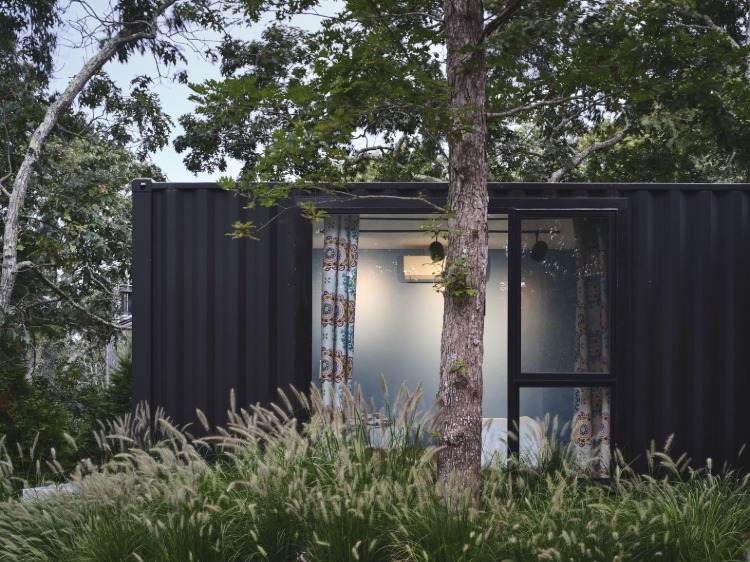 Perhaps the most surprising aspect of the project was how rarely the main architect personally met with customers. The busy couple met the architects a few times and only twice on site. This happened once when they bought the property for the first time and the second time when the house was almost finished. This arrangement was somewhat unusual for the practice used to recurring customer meetings. 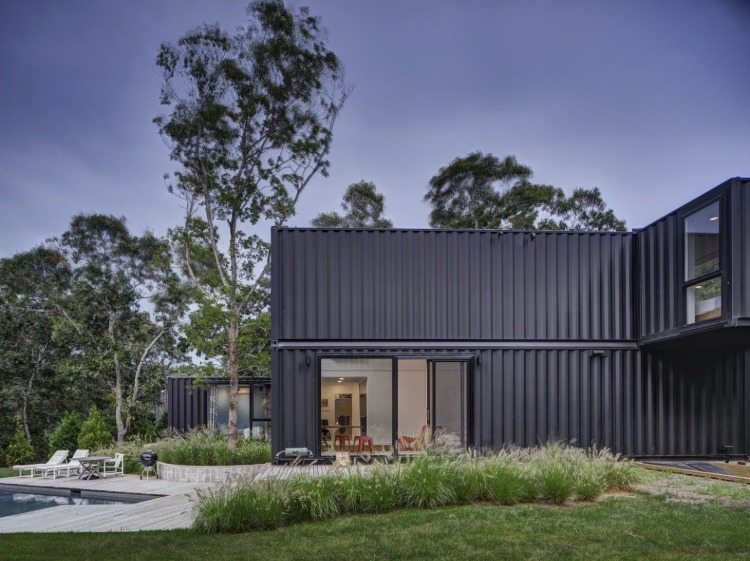 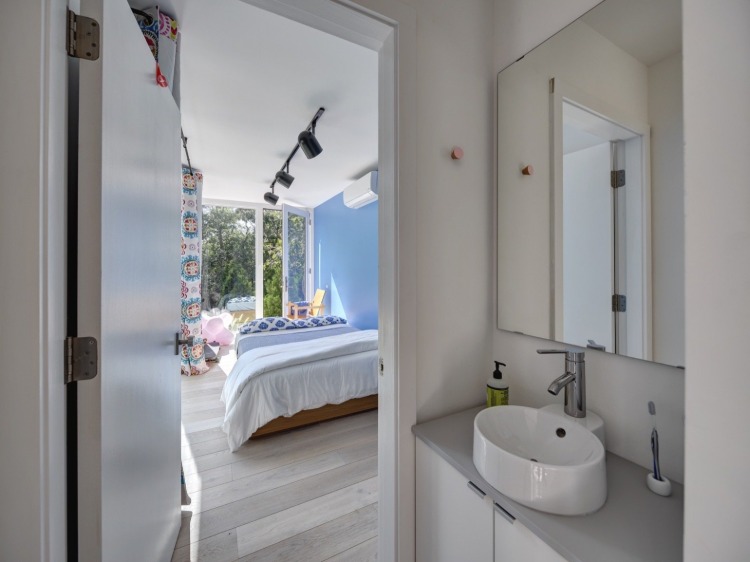 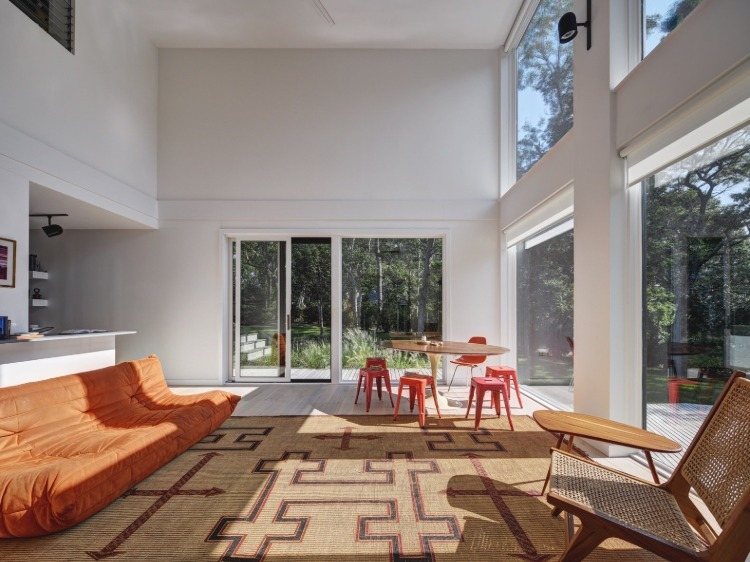 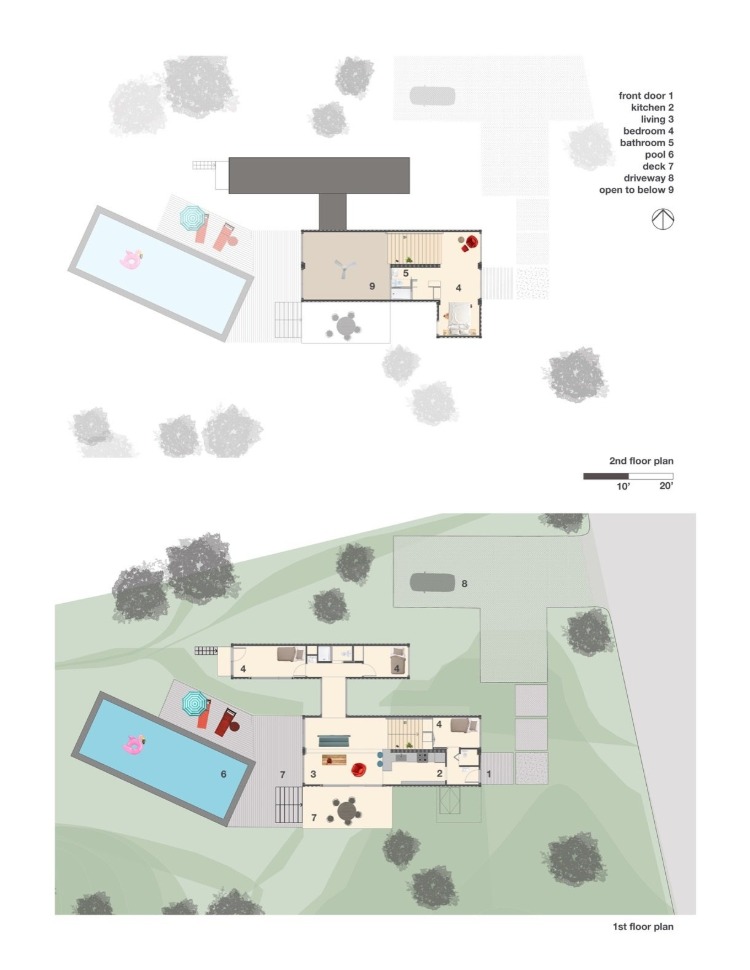