Air pollution as a risk factor for neurological diseases

Living near major roads or highways is associated with a higher risk of developing dementia, Parkinson's, Alzheimer's and multiple sclerosis (MS). This is suggested by new research results published this week in the journal Environmental Health.

Researchers from the University of British Columbia analyzed data from 678,000 adults on the Vancouver Metro. They found that living less than 50 meters from a main street or less than 150 meters from a highway is associated with a higher risk of dementia, Parkinson's, Alzheimer's and MS – probably due to the increased pollution from air pollution.

The researchers also found that living near green areas such as Parks has a protective effect against the development of these neurological diseases.

“For the first time, we confirmed a link between air pollution and proximity to traffic with a higher risk of dementia, Parkinson's, Alzheimer's and MS at the population level,” said Weiran Yuchi, lead author of the study and PhD student at the UBC School of Population and Public Health. “The good news is that green spaces have some protection by reducing the risk of developing one or more of these diseases. More research is needed, but our results suggest that urban development efforts to improve the accessibility of green spaces and reduce motor vehicle traffic would benefit neurological health. “ 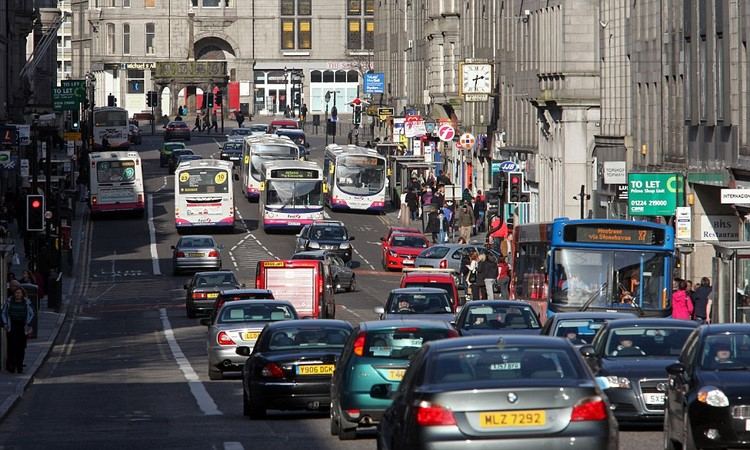 For the study, the researchers analyzed data from 678,000 adults between the ages of 45 and 84 who lived in the Vancouver Metro from 1994 to 1998 and during a subsequent period from 1999 to 2003. They estimated the individual's exposure to the proximity of roads, air pollution, noise and green spaces at each person's place of residence based on zip code data. During the follow-up, the researchers identified 13,170 cases of non-Alzheimer's dementia, 4,201 cases of Parkinson's, 1,277 cases of Alzheimer's, and 658 cases of MS.

For non-Alzheimer's dementia, and especially for Parkinson's disease, living near major roads or highways was associated with an increased risk of both diseases by 14 percent and 7 percent, respectively. Due to the relatively small number of Alzheimer's and MS cases in Metro Vancouver compared to non-Alzheimer's dementia and Parkinson's disease, the researchers were unable to establish a connection between air pollution and the increased risk of these two diseases. However, they are currently analyzing data across Canada and are confident that the larger data set will provide more information on the effects of air pollution on Alzheimer's and MS.

When the researchers took green spaces into account, they found that the effects of air pollution on neurological diseases were reduced. The researchers suspect that this protective effect could be due to several factors.

Professor Michael Brauer, lead author of the study, added that the results underline the importance for city planners to consider green spaces and parks when planning and developing residential areas.

Make a quick respirator yourself without sewing from household materials

Modern face mask: Trendy respirators for a good mood during the coronavirus crisis!

Building a protective visor for the face – 4 possibilities for improvisation

Corona trip during the epidemic and tips for protection on vacation

Think positive and overcome Corona fear: This way you can encourage yourself and others and give you strength!

Is chives healthy? – Overview of ingredients and health effects!

Building the immune system and understanding the definition of...

Be grateful: sayings and quotes that touch deeply and...

How to educate older people about Covid-19 and encourage...

Make a quick respirator yourself without sewing from household...

Building the immune system and understanding the definition of immunity –...

Be grateful: sayings and quotes that touch deeply and encourage courage...

How to educate older people about Covid-19 and encourage them to...

Make a quick respirator yourself without sewing from household materials

Modern face mask: Trendy respirators for a good mood during the...

Building a protective visor for the face – 4 possibilities for...

Tips for the bed under a sloping ceiling in the youth and children's room...

This allows you to quickly make long hair knots