Vegan diet: what is it, what are its benefits and everything you should know!

Vegan bratwurst, liver cheese or even steaks – the range of animal-free products and foods on the market is becoming ever larger and more diverse. According to the latest statistics from the “Vegetarian Federation Germany”, about 1 million German citizens eat a purely plant-based diet. But for some people, it's not just a diet, it's more a lifestyle. They do not use care products that contain animal ingredients or only buy vegan clothing. When it comes to whether the vegan diet is healthy, the spirits often intersect. But that's what we are there for – in this article we explain everything you should know about the vegan diet. What can you eat, what advantages or disadvantages does it have for our health and much more!

The vegan diet does not consume animal products such as meat, eggs, dairy products, gelatin and even honey. In principle, the plant-based diet is very rich in fiber, vitamins C and E, magnesium, potassium and many secondary plant substances. Compared to other diets, it contains a lot less saturated fat, which is why most vegans are usually thinner. However, the right planning for a purely plant-based diet is essential. If you do not eat a healthy and balanced diet, the risk of certain nutrient deficiencies increases significantly. Therefore, all vegans should make sure that they eat a nutritious diet or take appropriate supplements in the form of tablets. Vitamins B12 and D, omega 3 fatty acids and calcium are of particular importance.

Vegan diet – which foods are allowed?

Many people think that vegans only eat salad and fruit. But that's not true at all – the selection of foods is incredibly diverse. Below is an overview of what to eat on a vegan diet.

For which products is it advisable to read the food labels?

Is the vegan diet healthy?

The vegan diet benefits have been confirmed and proven several times by various scientific studies. And not only that – by switching to a wholesome and balanced herbal diet, some chronic diseases can be stopped or even completely reversed. The vegan diet significantly reduces the risk of type 2 diabetes, cardiovascular diseases, migraines, certain types of cancer and other serious diseases.

What do the studies say about plant nutrition? 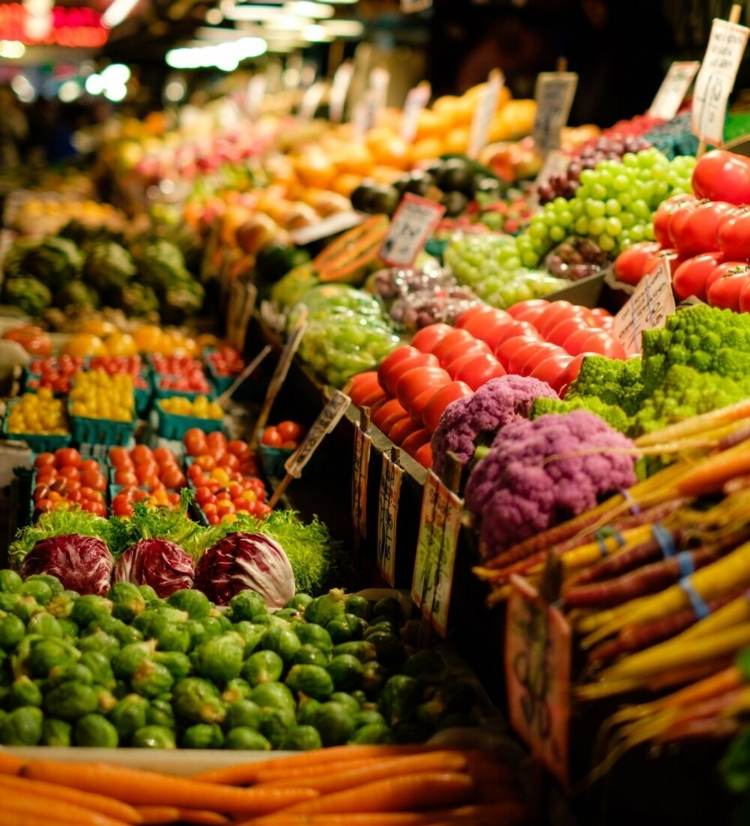 The two largest and most important studies that have looked at the benefits of vegan nutrition are the “EPIC-Oxford Study” from England and the “Adventist Health Study 2” (AHS-2) from the USA. The two are prospective cohort studies in which a large number of vegans and meat eaters have been observed for many years. About 100,000 people took part in the AHS-2 studies. Around 5000 vegans were compared with 4 other groups: meat eaters, semi-vegetarians, Pesco-vegetarians and ovo-lacto-vegetarians. Below you will find the results of the two studies so far:

While the vegan diet is rich in a lot of vitamins and minerals, all vegans should pay particular attention to the sufficient intake of vitamin B12. According to a German study, 86% of the vegans examined were affected by a vitamin B12 deficiency. The reason for this is that the vitamin is mainly found in animal foods and herbal products are not a safe source of it. The deficiency can lead to anemia, nerve damage and other serious illnesses. While there are some vegan foods that contain traces of vitamin B12, the levels are too low to meet daily needs. With a plant-based diet, a vitamin intake through certain preparations is an absolute must.

And what about the iron?

On a vegan diet, there is often discussion not only about vitamin B12, but also about other essential minerals such as iron, iodine and zinc. Iron is the central component of hemoglobin and is responsible for the transport of oxygen in the blood. Fortunately, there are many plant-based alternatives that are rich in iron and can cover the recommended values.

Omega-3 fatty acids such as EPA and DHA are mainly found in fish such as salmon. They play a major role in healthy heart and heart and brain function. The EPA and DHA levels in the blood tend to be lower in people who eat plants. Fortunately, there are also enough vegan alternatives to provide the body with the essential omega-3 fatty acids:

Regardless of whether you are vegan or omnivorous – in Germany around 30% of the population suffer from iodine deficiency. And here too, fish and seafood are the foods that have a high iodine content. Nevertheless, there are good vegan alternatives.

The vegan diet benefits for the environment and our planet

Veganism has long been about more than just nutrition. More and more people consider it a lifestyle and only use cosmetics without animal testing, use clothing and shoes made of synthetic leather and avoid animal wool. One of the main reasons for this is that the vegan diet already has our environment.

The post vegan diet: what is it, what are its benefits and everything you should know! appeared first on Deavita.com | Living ideas, design, hairstyles, make-up, lifestyle, health and beauty tips.