To grow tall and strong you have to eat a lot of meat – people believed in it for years. When choosing a plant-based diet, you have to constantly ask yourself questions such as “What can you eat?” Or “Where do you get your proteins from?” Especially athletes who need a lot more protein and nutrients are not spared from such questions and prejudices. But numerous top athletes such as Lewis Hamilton, Venus and Serena Williams, the German “strongman” Patrik Baboumian and many more are clear evidence that this lifestyle is not only healthy, but also makes it stronger and more efficient. If you still have doubts that a balanced vegan diet can give you enough protein and strength, read on! In this article you will find some of the most famous vegan athletes worldwide!

Whether in football, tennis or Formula 1 – more and more sports stars are refraining from consuming animal products and swear by the benefits of a plant-based diet. A study by the Journal of International Society of Sports Nutrition concluded that vegan athletes are better provided with carbohydrates, fiber, phytochemicals and antioxidants than meat eaters. This in turn provides more energy and faster regeneration of the muscles. Most athletes change their diet mainly for health reasons.

Successful weight training without steaks and through a purely plant-based diet – for many people this is hardly imaginable. But Patrik Baboumian has shown the whole world that it is possible. He was born in Iran and lives in Germany. He got his first title at the age of 20 when he won the “German Junior Bodybuilding”. Baboumian has been completely vegan since 2011 and in the same year he won the “Strongmann” title, making him the “Strongest Man in Germany 2011”. In 2012, he set another world record by lifting a 150-kilogram beer barrel over his head. In 2013 he was invited to compete against some of the best strength athletes in the world in the “Fibo Champions League”. The German not only proved that he could keep up with their level, but also recorded a victory in the bench press. The strong vegan has published a cookbook “Vegan with a difference”, where he not only gives many recipes, but also numerous helpful tips on how to get strong with a plant-based diet and provide the body with all the important nutrients.

Novak Djokovic is a name that everyone should know. The 32-year-old Serb is one of the best tennis players of modern times. The 17-time Grand Slam winner has already won quite a few titles. This includes numerous victories on the ATP tour and a bronze medal for Serbia at the 2008 Olympic Games in Beijing. In 2011 Djokovic won 43 games in a row – the only player in tennis history with such success. The tennis star suffers from gluten intolerance and decided to change his diet a few years ago. He himself said in many interviews that his state of health and performance have improved significantly as a result of the vegan diet and the absence of animal products. Novak Djokovic has written the book “Siegernahrung – Gluten-free food for top performance” and has opened a vegan restaurant in Monaco. Vegan protein shakes, avocados, nuts and quinoa are on his menu every day.

Formula 1 driver Lewis Hamilton has tried to remove meat dishes from his menu in the past, but only temporarily. He has been eating a completely plant-based diet since 2017 and is one of the most famous vegan athletes worldwide. In an interview, Hamilton says that the reason for his decision was the Netflix documentary “What the health”. The documentation deals with the health consequences of excessive meat consumption, such as type 2 diabetes, cardiovascular diseases or even cancer. Since then he has been committed to environmental protection and a healthier lifestyle. Formula 1 is obviously not a physically demanding sport like bench presses, but the loads are enormous and you always have to be in top shape. During a race, drivers can lose up to 3 kg of their body weight. The fact that Lewis Hamilton won the 2017 and 2018 World Championships as a vegan is proof that plant-based nutrition and top athletes are by no means mutually exclusive.

Venus Williams is one of the best female vegan athletes 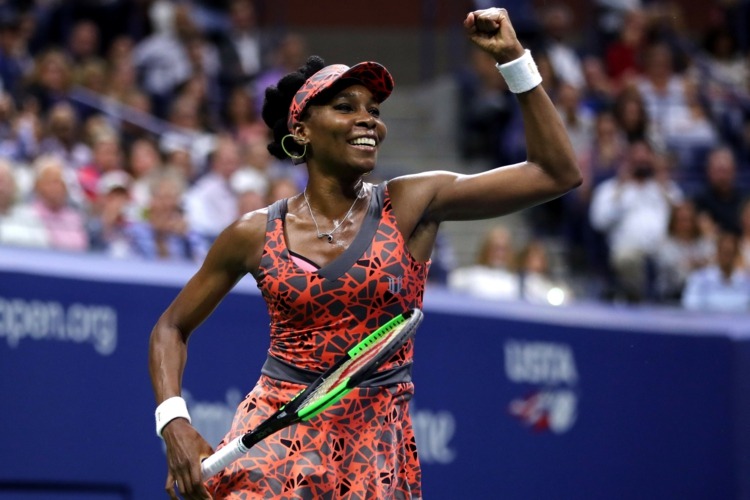 When it comes to successful women sports stars, Venus Williams and her sister Serena are undoubtedly some of the most capable athletes of our time. In her career, the American has won 49 individual titles, including 5 at Wimbledon and 7 at Grand Slam tournaments. The tennis player has also won numerous medals at the Olympic Games – once in singles and 3 times in doubles with her sister. When Vennus Williams was diagnosed with an autoimmune disorder, Sjögren's Syndrome, in 2011, she started eating raw vegan. As she tells herself, the plant-based diet not only changed her lifestyle, but also significantly improved her health and sports skills.

If there is one person who dispels the numerous myths about the vegan diet, it is 102-kilogram former heavyweight boxer David Haye. During his 16-year career, the British boxer has 32 fights and has won 28 of them (26 knocked out). Due to a serious shoulder injury that led to an operation, David Haye had to take a break from the ring in 2014. In the same year, the boxer dealt with the advantages of a purely plant-based diet in terms of recovery time, healing rates and increased performance. Since then he has been vegan and a passionate advocate of veganism as a lifestyle. He is firmly convinced that this diet is the most effective for all professional athletes.

Without a doubt, the American ultramarathon runner Scott Jurek is one of the most fascinating vegan athletes. He has been eating vegan since the 1990s, when there were still very few reviews and studies on whether a plant-based diet had a positive effect on physical performance. Western States 100 Miles Endurance Run is the toughest non-stop marathon in the world and Scott Jurek has won it 7 times in a row. He has won the 217-kilometer “Badwather Ultramarathon” twice. But he achieved his greatest success in 2010 when he set a new American record in the 24-hour run with 266.7 kilometers. In his book “Eat and Run” he tells how he was able to achieve all these achievements as a vegan and about the connection between sport and nutrition. Today the runner works as a psychotherapist and speaker for many companies, including Starbucks and Microsoft.

Mr. Universe 2014 Barny du Plessis is the first vegan athlete on the bodybuilding scene. He believes that regardless of the sport, everyone can go vegan. Due to a number of health problems, he had to quit bodybuilding in 2013. That made him rethink his eating habits and eventually swap the steaks for high protein, vegetable meals. And only 1 year later his condition improved so much that he returned to the stage and awarded the renowned “Mr. Universe 'title won. “Nowadays I train half as much, I work half as much and achieve better results. Why? Just because I became vegan, ”he said in an exclusive interview for PETA.

Of course, Carl Lewis should not be missing from our list for vegan athletes. Born in 1961, the professional athlete changed his diet in 1990 at the age of 29 and went vegan. He describes his victory over 100 meters at the World Championships in Tokyo in 1991 as his best year. To date, his long jump record from 1984 is still unmatched. Carl Lewis attributes his 8 world championship titles and a total of 10 medals to his vegan and healthy lifestyle.

The point guard of “Brooklyn Nets” Kyrie Irving is one of the best basketball players of our time. He has won numerous titles, including 6 NBA All-Star, NBA Champion and a gold medal with the USA team at the 2016 Olympic Games in Rio. And just like Lewis Hamilton, Kyrie Irving switched to a plant-based diet after seeing the Netflix documentary “What the Health”. Even if he has only been a vegan athlete for 2 years, he has already been able to convince himself of the many advantages of lifestyle. The basketball star plays in a new advertising campaign for “Beyond Meat” – a company that produces vegetable meat replacement products.

Yes, Mike Tyson didn't go vegan until 2012 when he retired. But it is still proof that you don't need meat or eggs to be strong. The former heavyweight world champion had to deal with the typical health problems of the western world, such as arthritis and high blood pressure. Switching to a plant-based diet has helped him overcome his drug addiction. In numerous interviews, he says that he has never felt so well mentally, spiritually and physically.

Shoe trends for autumn and winter 2020/21: These models are trendy!

How to make a shining rug out of a light tube!

Which sports bra is the best for what kind of sport?

DIY Bastelideen for the whole Family – Christmas bastard with children