Urban air pollution simulated by researchers as an experiment

A unique study that mimics the level of pollution in the city center shows how air pollution in the city can damage the heart and blood vessels for a whole day. After breathing polluted air for two hours, the study participants showed the first signs of cardiovascular disease. The effects on heart health lasted for 24 hours. 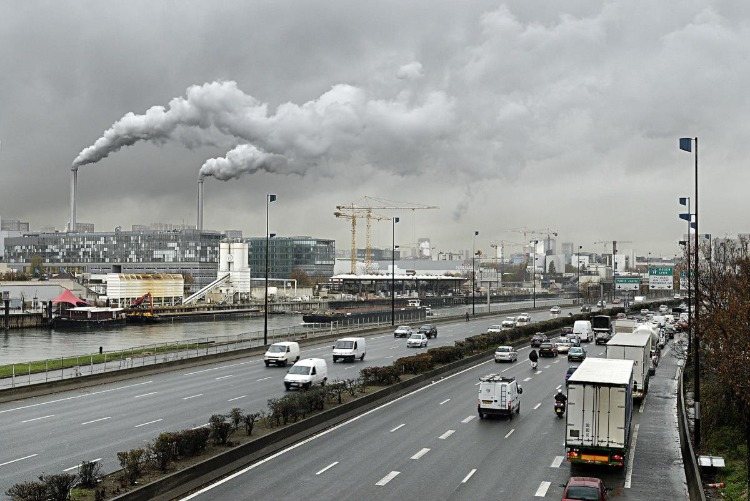 “In order to avoid permanent damage, we had to keep the pollution under safe limits in the study. This means that even safe values ​​with repeated repetition can be devastating to health. This is the case with city dwellers. “That was the study author Professor Dimitris Tousoulis from the National University in Athens, Greece.

Population studies have documented the negative relationship between air pollutants (50% of them from diesel exhaust) and cardiovascular health. However, the specific effects of diesel emissions on the body that lead to diseases have not been fully clarified. This study therefore primarily shows how the breathing of diesel exhaust gases in cities is prolonged for a relatively short time and has various effects on the cardiovascular system.

A total of 40 healthy volunteers were randomly placed in diesel exhaust or filtered air in a specially designed hermetically sealed laboratory for two hours. After four weeks, the participants changed so that everyone had a session with polluted air and a clean air. Diesel emissions were generated by a diesel engine for environmental pollution. Throughout the session, the levels of carbon monoxide and other pollutants were similar to those in crowded city centers.

To assess the effects of diesel exhaust on the cardiovascular system, the researchers measured the function and smoothness of the blood vessels. Heart rate, blood clotting, and inflammation all indicated heart health. They wanted to ensure that changes in these parameters were due to diesel emissions. Participants avoided alcohol, caffeine, smoking, and dietary changes during the study period. Compared to filtered air, the simulated air pollution in the city had a negative effect on all measurements over a longer period of time.

“We examined the most important steps in the process of blood vessel blockage. After all, they can cause a heart attack or stroke, ”said Professor Tousoulis. “Short-term exposure to diesel exhaust affects these phases at the same time and has long-term effects.”

He then concluded: “Our study provides insight into the mechanisms by which diesel exhaust increases cardiovascular risk. The deleterious effects shown in this study are likely to be compounded by repeated and, for some people, lifelong exposure to high levels of diesel exhaust in cities, traffic, road tunnels, closed garages, and major highways. More efficient public health measures are needed to improve urban air quality and prevent unnecessary heart attacks and strokes. “

Make origami bookmarks yourself: with this trick it is now