Tattoo Studios Berlin: The best places for your next tattoo at a glance!

Without a doubt, Berlin is one of the most beautiful cultural capitals of Europe. Writers, artists and painters from all over the world move there to be part of the lively and colorful art scene. And with more than 1000 tattoo studios, it is not surprising that the German capital is a Mecca for anyone who wants to be tattooed by some of Germany's best tattoo artists. Just a short walk through Kreuzberg, Friedrichshain or Prenzlauer Berg will convince you of this. Whether old school, blackwork, handpoke or realistic style tattoos – there is just everything. But with such a large selection, you can quickly lose track of everything and we are here for you. We did a little research and introduced some of the best tattoo studios in Berlin to you.

Have you already decided on a specific motif and the style in which it should be engraved? Now all you have to do is find the right tattoo artist who specializes in exactly this style. In order to prevent infections or diseases, you also have to make sure that the tattoo studio is really clean and that the tattoo artists only work with high quality professional equipment and colors. 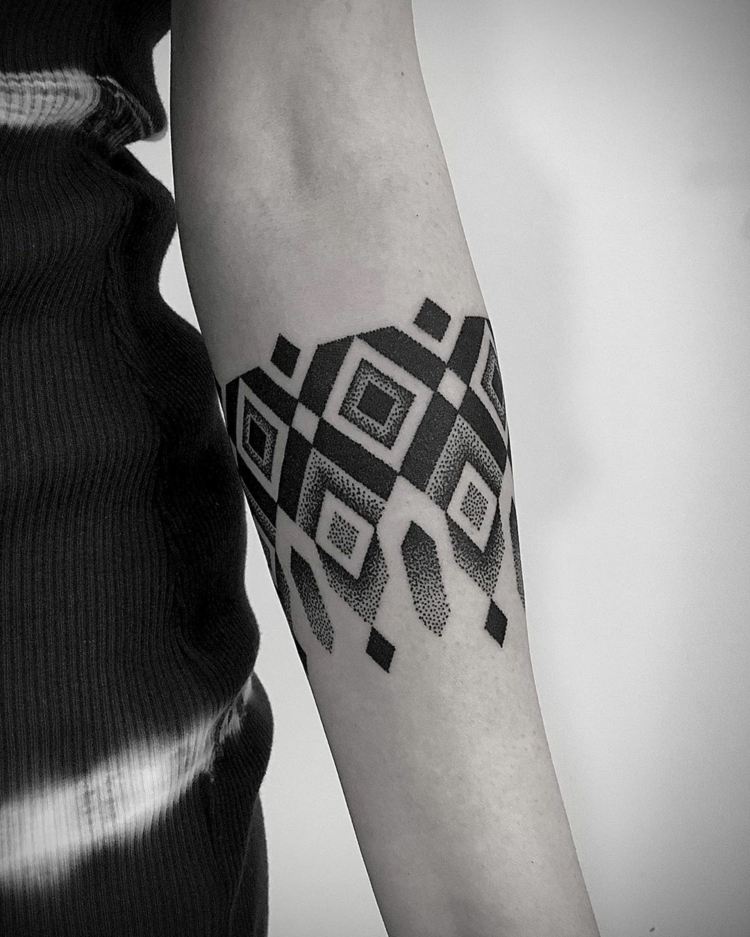 The “Toe Loop” tattoo studio was opened in 2008 in the lively and multicultural Berlin district of Neukölln in the quiet Weserstrasse. The studio is owned by the painter Oliver Strupp, who himself comes from a family full of artists. The studio is fairly small, but there is still a warm and cozy atmosphere that ensures that customers can relax and feel at home. The owner's goal is to give the tattoo artists working there the freedom to create their own style and to further develop their creativity and knowledge. Many famous names in the tattoo world such as Valentin Hirsch, Chaim Malchev, Julia Rehme, Exel Esjmont etc. have worked as guest artists at “Toe Loop Tattoo” and that is exactly what makes the small but fine shop one of the best tattoo studios in Berlin.

“Blood and Iron” was founded by Yvone Ziegler in the late 1990s and has since established itself as a real institution in the tattoo scene in the German capital. The atmosphere there is incredibly relaxed, the tattoos are real works of art and the motifs are very detailed. If you like large, eye-catching tribal tattoos or those in blackwork and dotwork, then “Blut und Eisen” is the right Berlin tattoo studio for you! Gerhard Wiesbeck – one of the most sought-after and best tattoo artists in the world – belongs to the top team of the studio.

Are you traveling in Berlin and spontaneously want to get a new and cool tattoo? Then the “Bläckfisk Tattoo Studio” in Kreuzberg is the right place for you! In addition to the 8 good tattoo artists who work there, the shop is characterized by regular walk-in days. At least 2 artists and a constantly changing list of guest tattoo artists from home and abroad are available to customers throughout the day. The team specializes primarily in classic motifs, realistic portraits, comic style or Asian and Japanese tattoos.

The “AKA Tattoo” is one of the most respected and well-known tattoo studios in Berlin. However, the store is much more than a place where beautiful masterpieces are engraved. It is also a piercing studio and an art gallery that hosts several interesting exhibitions every year, including the annual Submissions Event for Street Art. The talented tattoo artists at “AKA Berlin” are some of the few in Germany who have excellent sketch tattoos, which belong to the latest tattoo trends 2020, or which stand out in the blackwork style. The changing guest artists from around the world such as Bastien Jean, Michele Servadio and Achille Molinè make the offer and the shop even more interesting.

With gold-green wallpaper and beautiful antique furniture, the interior of “Chest or Mace” looks as if you were tattooed in a Wes Anderson film or as if you were visiting grandma. The tattoo and piercing studio is located in Prenzlauer Berg and welcomes its customers into an incredibly cozy and cozy atmosphere. Even if it only opened in 2013, it has now proven itself to be one of the best Berlin tattoo studios several times. Some of the best-known and most sought-after tattoo artists work in the neo-traditional style there, such as Daniel Gensch, Sebastian Brade and Marco Schmidgunst. 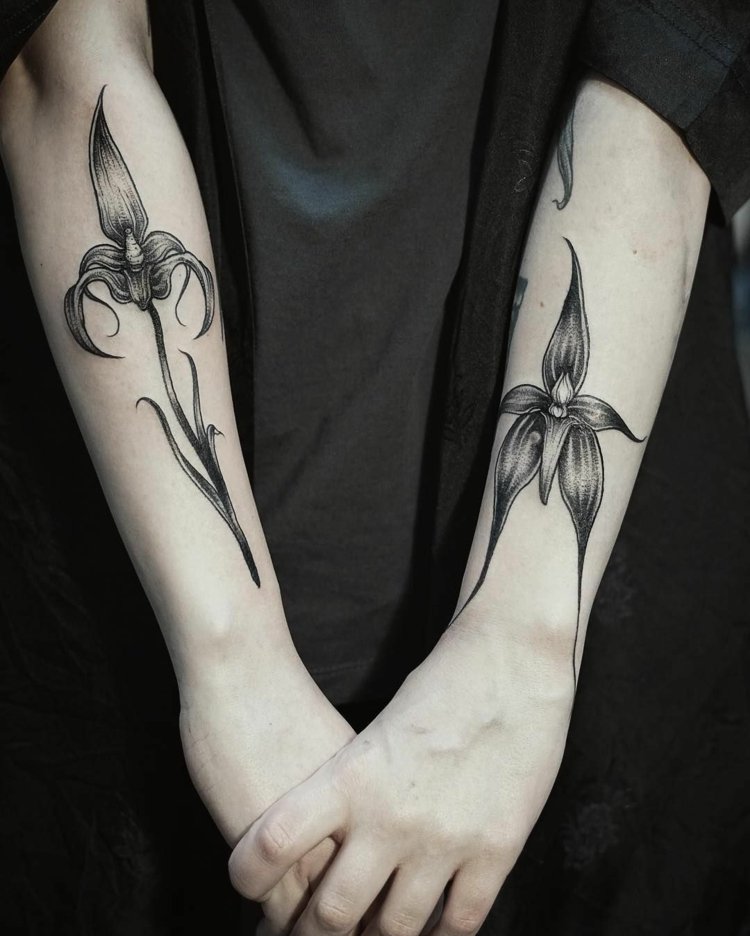 “Harvest time tattoo” was opened in 2012 and is also located in Prenzlauer Berg – the little paradise for all tattoo fans. It is located in the back yard of an old wooden building, which gives the shop a rustic charm. One of the owners – Christoph Aribert tattoos with his own, hand-made iron machines, which he has technically adapted to his own aesthetics. The man has more than 20 years of experience with blackwork, traditional and Japanese tattoos. The rest of the artists are true professionals in the field of graphics, dotwork, blackwork and delicate mandala tattoos. In addition, “harvest time” often hosts tattoo artists from all over the world.

“Nightliner Tattoo” is clear evidence that some of the best and most famous tattoo studios in Berlin are located in Prenzlauer Berg. The studio has existed since the beginning of 1998 and has been an integral part of the tattoo world ever since. The talented tattoo artists stand out in all imaginable styles and each of them has their own specialty. Since the appointments are always fully booked for months in advance, you must contact the tattoo studio in good time. But it is very important that you cannot make appointments by email. 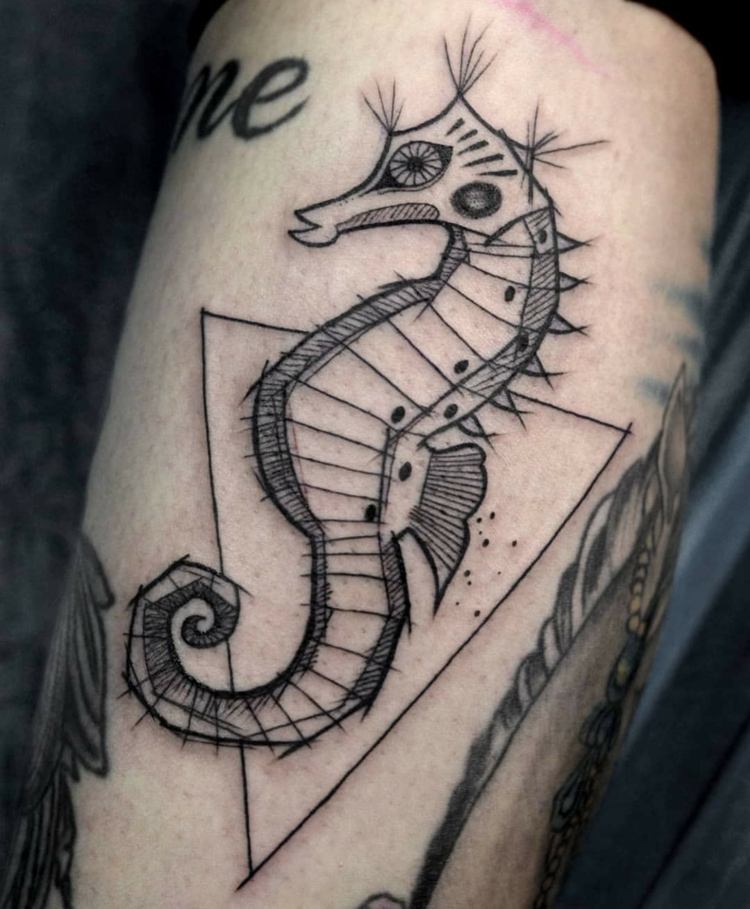 The very name of this Berlin tattoo studio tells us a lot about the styles the artists have focused on. If you are interested in blackwork tattoos, then you are in good hands with “Pechschwarz”. In no other city like Berlin has the style been engraved so intensely and that the studio is one of the best in the city speaks for itself.

Since 2013, when the tattoo artist Chaim Machlev won the TM youth contingent with his work, his tattoos have enjoyed great popularity around the world. “Dots to Lines” specializes in excellent geometric designs and exclusively blackwork tattoos and is undoubtedly one of the most famous Berlin tattoo studios. The intricate tattoos are specially tailored to the client's body and this makes them truly unique. To get an appointment at Chaim Machlev you have to wait almost 2 years. Since “Dot to Lines” is his private tattoo studio, you can only get the exact address after the appointment.

In a small, secret studio outside of Berlin, world-famous tattoo artist Peter Aurisch and his colleague Jessica March create some of the most original and beautiful tattoos in Germany. He has such a defined and specific style that any real tattoo fan would recognize his work immediately. He tends to work freehand without sketches or any pictures and is inspired by the stories and wishes of his customers. Aurisch's masterpieces are primarily influenced by the artists Egon Schiele, Gustav Klimt and Picasso and look like real paintings. So that he can fully concentrate on the design, Peter Aurisch only takes one appointment a day. “Nevada Johnny” Berlin has hosted many famous tattoo artists like Luca Front, David Hale and Ondrash. To get the exact address of the studio, you first have to contact the tattoo artist via his website. 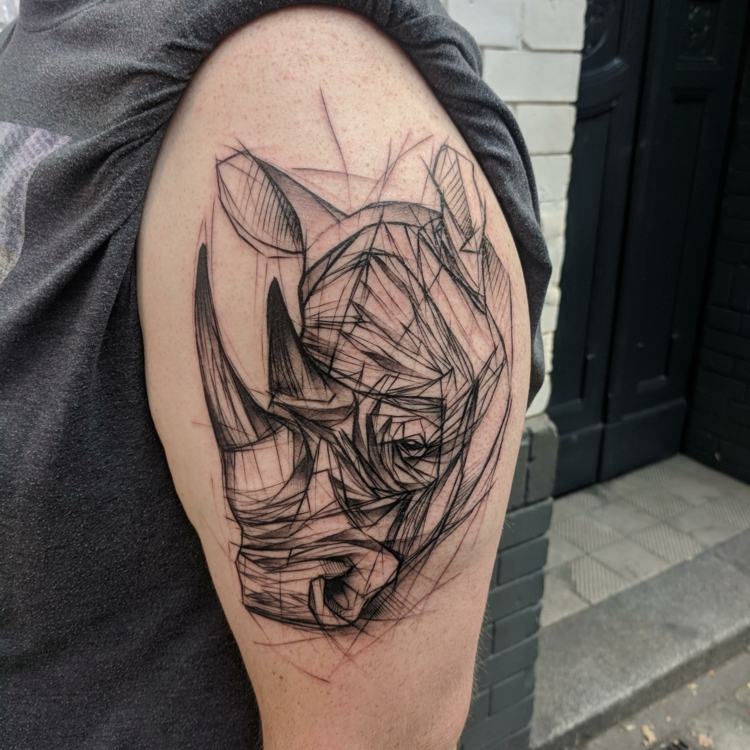 The post tattoo studios Berlin: the best places for your next tattoo at a glance! appeared first on Deavita.com | Living ideas, design, hairstyles, make-up, lifestyle, health and beauty tips.

Gift for the best friends – 30 great ideas for self-confidence