Anyone who has ever held slime to play with knows what great fun you can have with it. While slime is so interesting for children because it can be shaped and pulled apart as desired, it can be a great helper for adults to reduce stress. Either way, the production of slime as an alternative to the popular modeling clay is the perfect activity for a free afternoon. And even if you mostly think of an almost transparent and slippery mass when it comes to slime, there is also a more airy variant that is nice and fluffy. We show you how to make such a fluffy slime yourself in unicorn colors and then have an idea for slime with a texture that is reminiscent of a cloud. Read on to get the Fluffy Slime recipes. 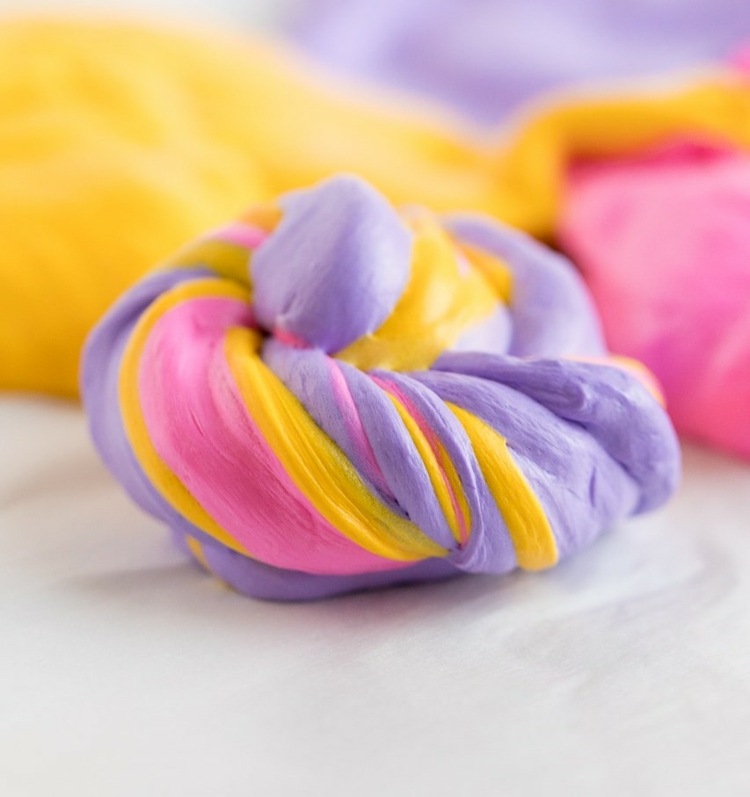 There are numerous recipes for slime and also for fluffy slime, which of course also require different ingredients. We will explain how you can make fluffy game slime yourself from several ingredients, including shaving foam. You get the effect of a unicorn with the help of food colors, which you can choose according to your ideas (you will find a few ideas below). You can also add a little glitter to your slime for an even more sparkling and magical unicorn look.

If you want to make a unicorn Fluffy Slime yourself, first put the glue and shaving foam in a bowl and mix the two ingredients together. Then stir in the cornstarch together with the baking soda. If you want the slime to smell good, you can now add a little shower gel to the mixture. The amount can vary. Optionally, you can also stir in vegetable oil. This ensures that the slime becomes a little shiny. Matte variants look just as pretty, so this step is also a matter of taste.

Then gradually add a few splashes of contact lens liquid while stirring. This ensures that the mass is less sticky. Accordingly, the correct amount depends on it. So add enough liquid to the mass until it is no longer sticky and liquid, but fluffy (if you turn the bowl over, the slime should not fall out). Then you can take the slime out of the bowl, add more contact lens liquid if necessary and knead a bit like dough.

Now divide the slime into any number of parts and press them a little flat on your surface. Put a little food coloring on the first part of the slime (not too much so that the color does not become too strong) and start kneading it so that the color can spread well. Repeat the whole thing with the other parts and any colors, after which you take them all together and mix them together. The finished mixed slime is now reminiscent of a unicorn mane and is perfect for parties with a unicorn theme.

Tip: The unicorn slime looks particularly pretty if you add a little glitter to one or two of the slime parts in addition to color. Then combine the glitter slime you have received with the other colors.

Make slime yourself – recipe without glue and borax

How to make slime yourself with cloudy texture:

You can make this slime yourself as follows: Put the glue in a bowl and then the water. Once you’ve mixed the two well, add a little of the borax solution and keep stirring. The mass should slowly solidify so that you can continue kneading with your hands. If necessary, add more of the solution. In the end, the slime should no longer be sticky.

Make fluffy slime yourself with an airy texture 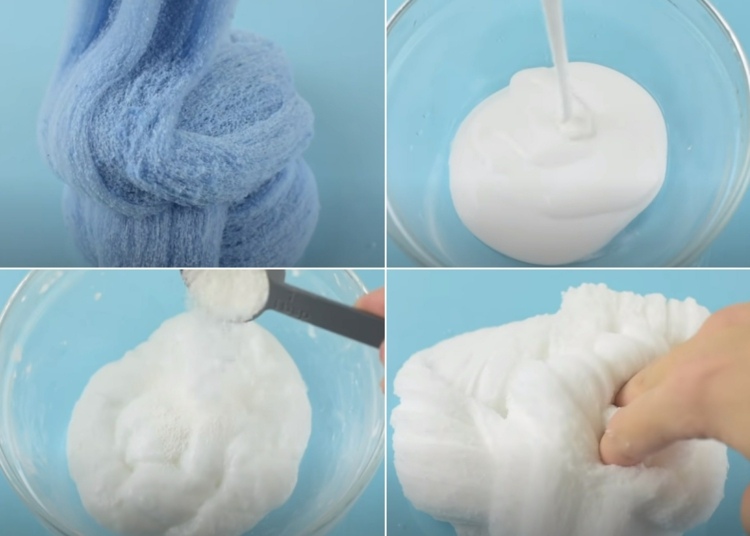 Then first stir a tablespoon of artificial snow into the mass and knead. After a while, add the rest of the artificial snow and mix everything together again. If you make this cloudy Fluffy Slime yourself, you will get a white mass, which you can also color with food coloring. You can just as easily add any scents.

And how do you make slime of such a texture? You can also get the cloudy effect if you make Fluffy Slime yourself and then take a sponge and cut into tiny pieces with scissors, which you then work into the previously prepared slime. Start with a smaller amount and add more pieces of sponge if necessary until you get the desired texture. The result is a little more crumbly than the version with artificial snow. Just experiment if you make your Fluffy Slime yourself.

DIY Halloween Deco and Bastideid; So you rejoice in your home!