Buy or grow watercress – healthiest food with many advantages

Formerly considered a weed, today people can buy watercress, plant the crop in the garden and benefit every day from the health benefits of the small leaves and stems. Watercress is a dark, green leafy vegetable that grows in natural spring water. In the past, people only used leafy green as a side dish. Now, however, it is experiencing a revival in popularity. Watercress as a remedy is already one of the latest superfoods. But why is watercress so healthy? In this article we try to answer these and other questions in as much detail as possible.

Why should you buy watercress? 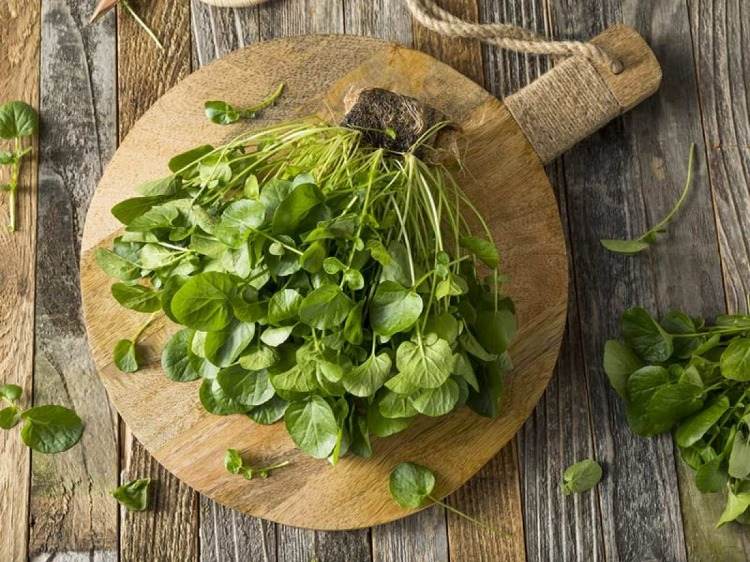 Watercress superfood used to be an often overlooked leaf green that contains many healthy nutrients. The small, round leaves and edible stems have a peppery, slightly spicy taste. The plant belongs to the cruciferous family, which also includes kale, broccoli, arugula and Brussels sprouts. Possibly due to the watercress effect, this was a staple for Roman soldiers. In the early 19th century, watercress started growing in Britain, and today greenery usually grows in watery beds.

So if you want to eat a low-calorie diet, watercress contains nutrients and vitamins that can meet your daily needs. The newly discovered popularity is partly due to growing awareness of the dense nutrient content. For this reason, in this article we explain the benefits of watercress, give a breakdown of its nutrients and explain the potential health risks for certain people. We also offer ideas on what watercress can be good for what and how you can include more of it in your diet.

Reduce the risk of chronic diseases 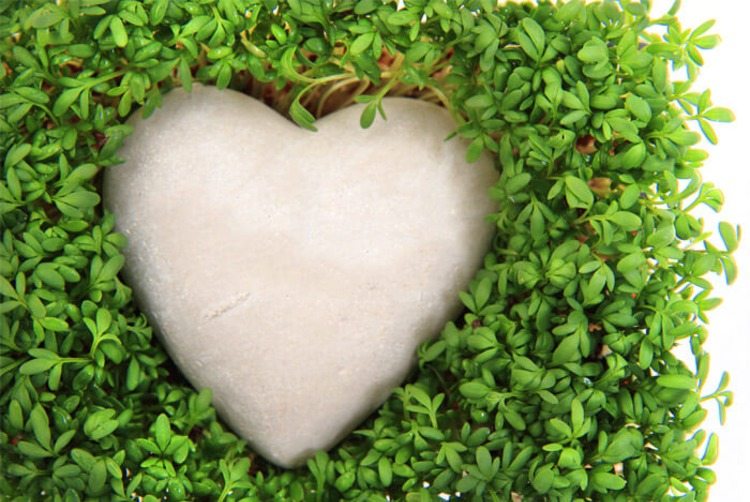 A study of the antioxidants in 12 different cruciferous plants found over 40 unique flavonoids, a type of plant chemical found in watercress. In fact, watercress outperformed all other vegetables in terms of total phenols and ability to neutralize free radicals. In addition, studies have linked the watercress antioxidants to a lower risk of cancer, diabetes, and heart disease.

People who do not consume enough calcium, magnesium and potassium run the risk of suffering from high blood pressure. These minerals are believed to lower blood pressure by releasing sodium from the body and helping to dilate the arteries. In addition, it is important to note that taking these substances in the form of dietary supplements does not offer the same health benefits as with a healthy diet. How healthy watercress is is related to the fact that it contains all three of these healthy minerals. Accordingly, this can contribute to improving the intake.

According to a study published in the British Journal of Clinical Pharmacology in 2013, foods containing dietary nitrates like watercress have several benefits for the blood vessels. These benefits include lowering blood pressure, inhibiting platelet build-up, and maintaining or improving endothelial dysfunction. In general, research has shown that a diet that includes all types of fruits and vegetables can help a person maintain healthy blood pressure. In addition, watercress can also help lower cholesterol, which can improve heart health. 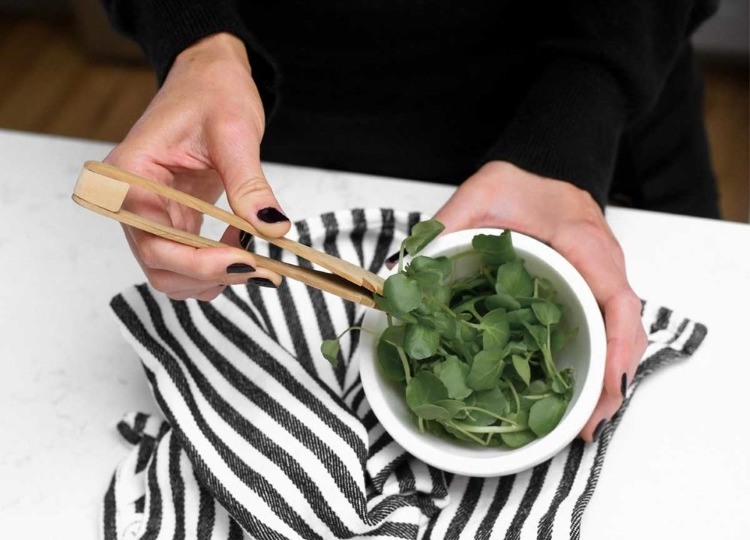 Vitamin K is a component of osteocalcin, a protein that forms healthy bone tissue and helps regulate bone turnover. Low vitamin K intake can increase the risk of fracture. Sufficient vitamin K consumption improves bone health by modifying bone-forming proteins. This improves the body’s absorption of calcium while reducing the amount of calcium a person loses in the urine. Consuming just one cup of watercress a day would help you meet your daily vitamin K needs. Watercress is also a good source of calcium that can further support your bone development and strength. Watercress improves digestive function due to its high content of vitamin C and fiber, which stimulate saliva and gastric secretion and the motility of the intestinal tract.

If you buy watercress for daily consumption, this can also have a positive effect on your blood sugar. The green leaf contains the antioxidant alpha lipoic acid. This connection ensures, for example, a lower glucose level. It also increases insulin sensitivity and prevents changes caused by oxidative stress that are common in people with diabetes. Studies on alpha lipoic acid have also shown that it can reduce nerve damage in people with diabetes. However, the effects on nutrition are not yet quite clear. 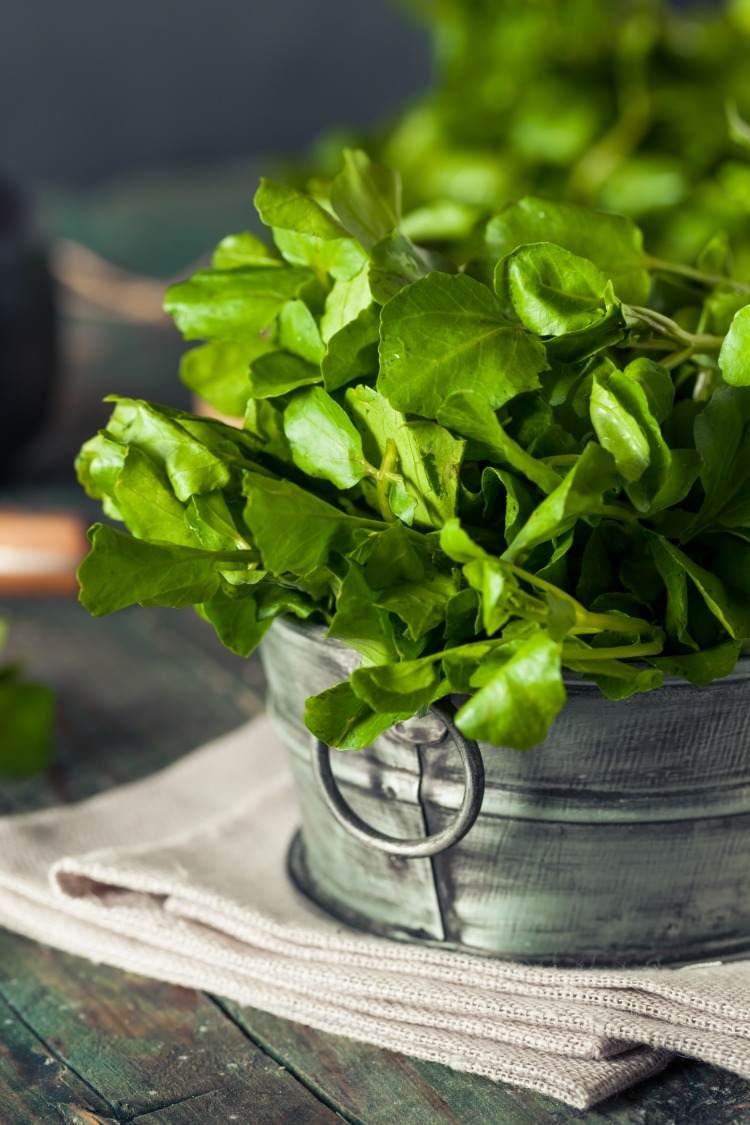 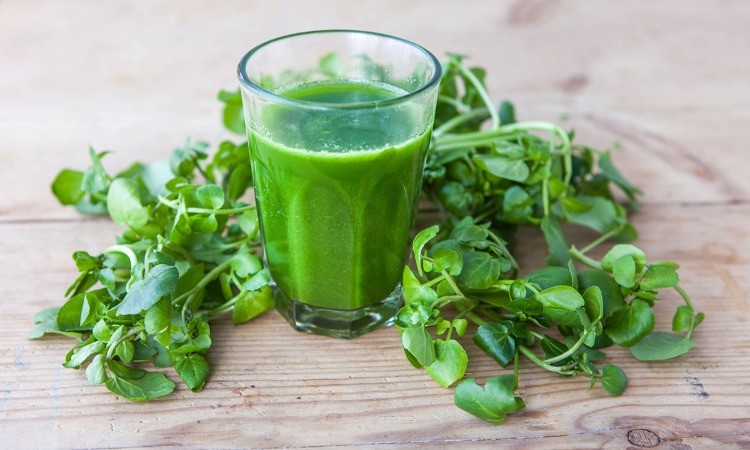 So what is watercress good for when it comes to cancer? Because the leaves are rich in phytochemicals, this can reduce the risk of developing certain types of cancer. Watercress and other vegetables in this family contain glucosinolates, which are activated to form compounds called isothiocyanates when cut or chewed with a knife. In addition, isothiocyanates include chemicals such as sulforaphane and phenylethyl isothiocyanate. These compounds prevent cancer by protecting healthy cells from damage, inactivating cancer-causing chemicals, and blocking the growth and spread of tumors.

It has also been shown that isothiocyanates found in watercress can prevent colon, lung, prostate and skin cancer. Research has shown that the isothiocyanates and sulforaphane contained in watercress suppress the growth of breast cancer cells. However, the natural product not only prevents cancer, it is also used in homeopathy against urinary tract infections. You can even treat skin with watercress if there are age spots blemishes, for example. When applied topically, watercress juice can help relieve skin eczema and other skin conditions. Its high content of vitamins A and C, which is best obtained through juicing, therefore has a positive effect on skin health.

Watercress contains 15 mg of vitamin C per cup (34 grams), which is 20% of the daily requirement for women and 17% for men. Vitamin C is known for its positive effects on immune health. Vitamin C deficiency has been linked to decreased immune function and increased inflammation. In addition, ascorbic acid strengthens immunity by increasing the production of white blood cells that fight infections. Studies in the general population have not conclusively shown that vitamin C reduces the risk of a cold, but reduces the duration of symptoms by 8%.

Although not specifically studied, watercress can also have weight management benefits. It is an extremely nutritious food – a cup (34 grams) contains only four calories, but provides several important nutrients. This can help you eat very few calories, which can help you lose weight. So if you’re struggling to lose weight, it’s certainly worth trying to add this nutritious, low-calorie vegetable to your diet.

For people who treat blood clotting disorder with blood-thinning medications like warfarin, it is important not to suddenly change vitamin K intake. This is because vitamin K plays an essential role in blood clotting and can affect some medications, including warfarin. If a person does not cool vegetable juice that contains nitrates, this can lead to an accumulation of bacteria. These bacteria convert nitrate to nitrite and contaminate the juice. High nitrite levels can be potentially harmful. People suffering from cystitis should avoid or limit the consumption of watercress, as this may lead to bladder pain. Those with hyperthyroidism may also want to limit watercress consumption due to their high iodine content. If you are taking medication, you should consult your doctor before eating watercress or drinking its juice. Watercress in all its goodness is so wonderfully effective that it can react with the medicines you take. 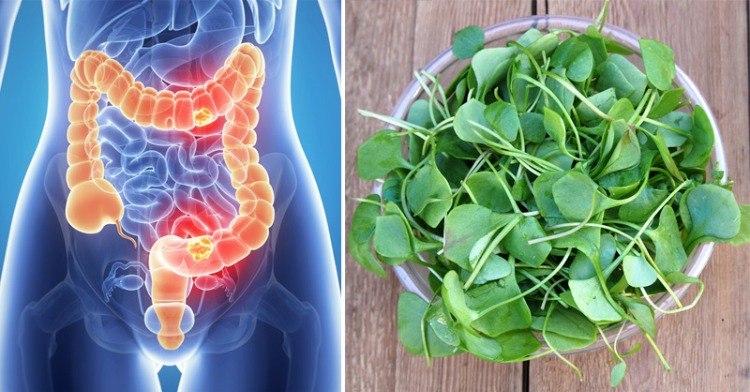 In a 2016 article in the Journal of the American Heart Association, evidence was gathered by researchers at a workshop at the National Heart, Lung, and Blood Institute. They made associations between high nitrite levels and an increased risk of stomach cancer. For this reason, you should take care to cool juices, including those that contain watercress. Despite these risks, watercress is a very nutritious and versatile leafy green. People can include it as part of a balanced diet. Individuals should eat a varied diet with many different types of fruits and vegetables as the key to a healthy life.

A versatile addition to any meal 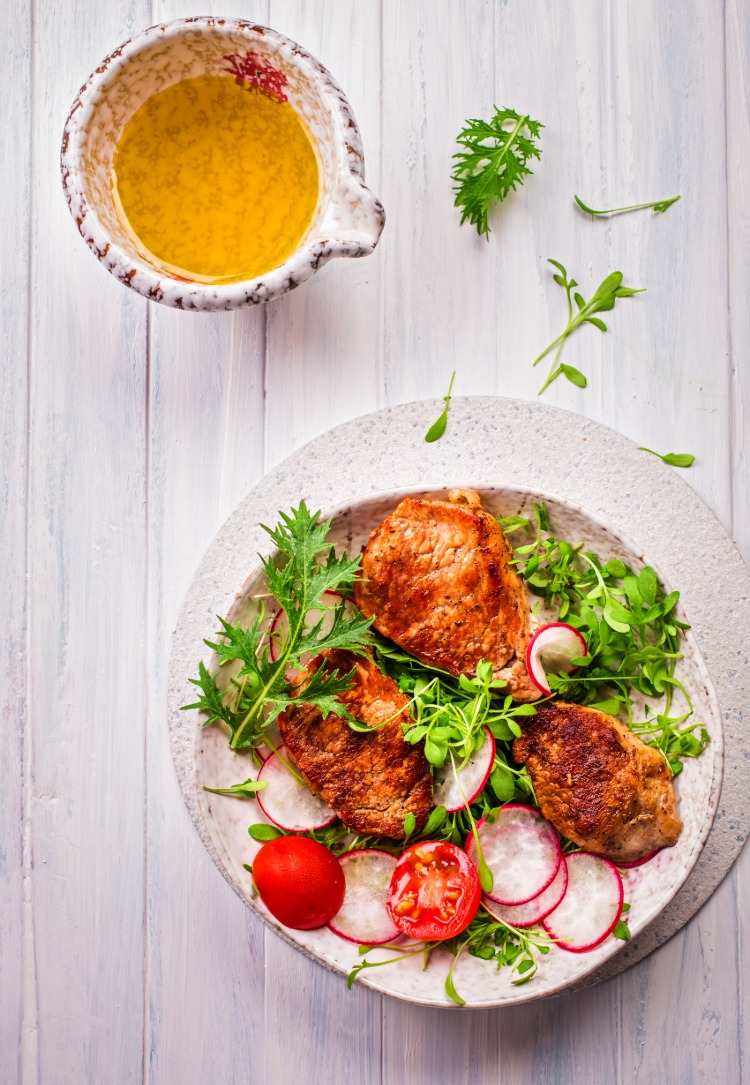 You can buy watercress and use it in a variety of dishes. However, to get the most benefit from the active antioxidants, it is best to eat the green leaf raw or slightly steamed. So here are some simple ways you can add salad to your diet, such as watercress: 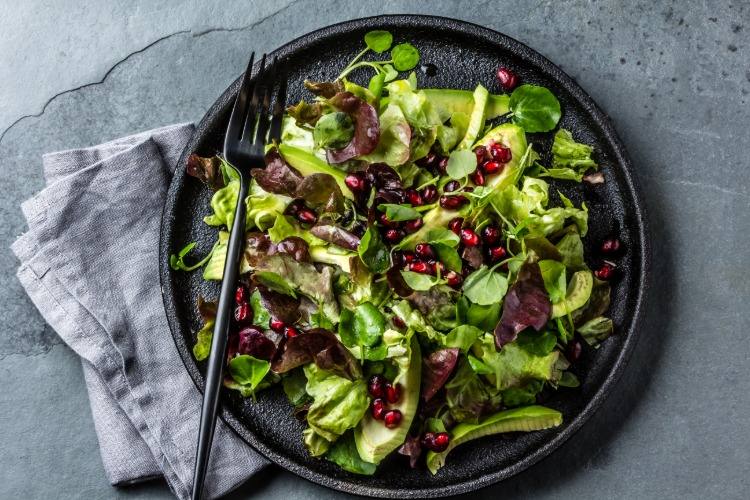 In summary, it can be said that watercress is a powerful vegetable and contains several important nutrients, but is extremely low in calories. The plant contains a variety of antioxidants that can lower your risk of heart disease and various types of cancer. The cress is also a good source of minerals that protect your bones. In addition, watercress is a delicious addition to every meal and a nice change from the usual salad or spinach. Although hardly one of the most popular types of vegetables, watercress can be an excellent addition to your diet due to its nutritional profile.

Tips for training with grandchildren for a successful troupe