Human adults often respond to hungry people, whether through food distribution or fundraisers, or simply by handing out their lunch, but can there be altruistic children? When and how does this gift-giving spirit and altruistic behavior begin? Giving away something desirable, even at your own expense, may not be more obvious than eating.

New research by the Institute for Learning & Brain Sciences (I-LABS) at the University of Washington has shown that altruism can start in childhood. Almost 100 19-month-olds took part in the study. The researchers found that children, even when they were hungry, gave a tasty snack to a stranger in need. The results show not only that infants behave altruistically, but also that early social experiences can shape altruism.

“We think altruism is important to study because it is one of the most characteristic aspects of being human. This is an important part of the moral fabric of society. “That said Rodolfo Cortes Barragan, postdoc at I-LABS and lead author of the study. “We adults help each other when we see someone else in need, and we do it when it costs ourselves. That's why we tested the roots of this phenomenon in infants. ”

It has been found that non-human primates work together under restricted conditions and share resources. But non-human primates like chimpanzees do not actively provide delicious food that they themselves need. So I-LABS researchers wanted to test whether human babies are able to act beyond self-interest when faced with one of the most basic biological needs – food. For this study, the researchers chose child-friendly fruits, including bananas, blueberries, and grapes. So they created an interaction between child and researcher. The goal was to determine whether the toddler would spontaneously give an unknown person an engaging meal without encouragement, verbal instruction, or reinforcement. 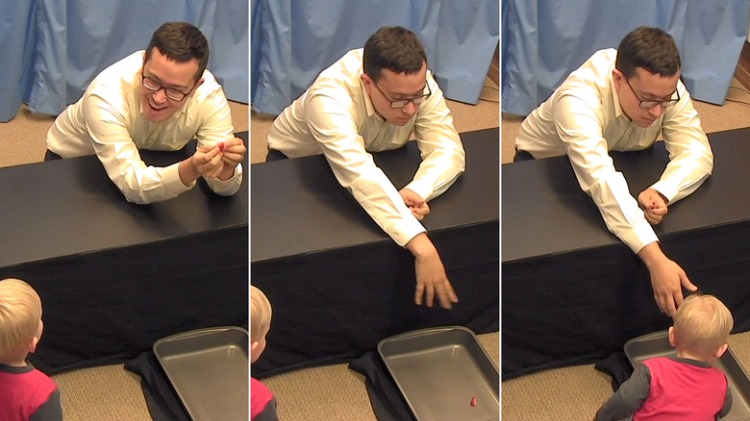 In the test group, the researcher claimed to accidentally drop the fruit on the tray. Then he reached for it unsuccessfully. This effort – the obvious adult craving for food – appeared to trigger a positive response in the children. More than half of the children in the test group ingested and gave the fruit to adults, compared to 4% in the control group.

In a second experiment with a different sample of children, the parents were asked to bring their child with them shortly before the planned snack or meal. The researchers concluded that this would increase the costs that define altruism for itself. The scenarios for the control and test groups were repeated. However, these included altruistic children who were more motivated to take the fruits. The results corresponded to those of the previous study.

Barragan said of the study: “We believe that certain family and social experiences make a difference, and further research would be desirable to better understand what maximizes the expression of altruism in young children. If we could figure out how to promote our children's altruism, we could move closer to a more caring society. “

20+ ideas for high-definition decoders with monitors

10+ Deko Ideten with alten Fenstern, which you need to say