Reuters reports that a Buddhist temple in the south of Bangkok recycles thousands of plastic bottles and turns them into polyester fibers that are used to make saffron-colored monk robes. The temple has been running the campaign since 2018, which calls for donations of plastic bottles.

Since the initiative started, the monks have recycled 40 tons of plastic. Their goal is to prevent plastic waste from entering the Chao Phraya River, which then flows south into the Gulf of Thailand in the western Pacific Ocean.

Thailand is the fifth largest supplier of plastic in the world's oceans, according to a report by the US Ocean Conservancy group. The list includes three other Southeast Asian countries and China, the largest plastic polluter. 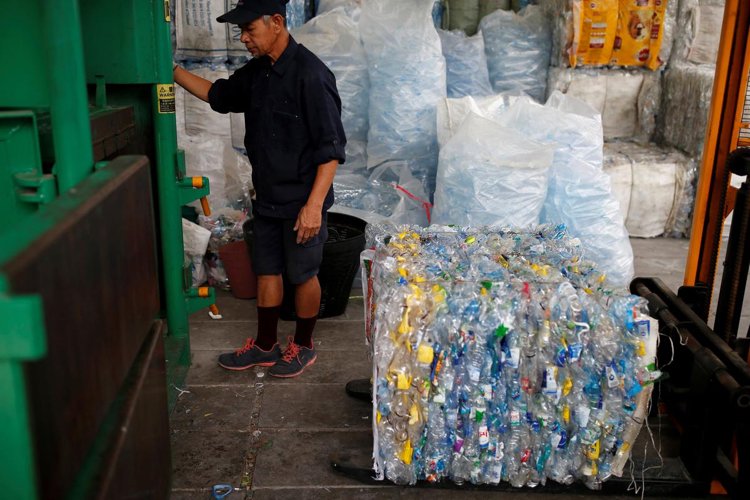 “I practice the Buddha's teachings, which are also consistent with solving the global environmental crisis,” Phra Maha Pranom Dhammalangkaro, 54, Abbot of the Temple in Samut Prakan Province, told Reuters.

Unlike most temples, where people give alms like food and clothing to monks, believers bike here to offer plastic bags and bottles against the Phra Maha Pranom's blessing.

Speaking to the international media company, the monk said that one kilogram of plastic bottles donated could help make a full set of monk's robes that have a high return value in terms of both money and earnings.

The temple has so far produced at least 800 sets of robes, and more are in production. Each set costs between 2,000 and 5,000 baht ($ 65.79 to $ 164.47). The proceeds will be used to fund the project and to pay for volunteers for waste separation, many of whom are housewives, pensioners and disabled people.

The monk also explained the process, saying that it is about collecting the bottles and separating the caps and labels. Then he added that they will be washed and smashed into a block before being taken to another factory, where they will be cut into small grains and mixed with other ingredients before being stretched into threads, and he said that the Thread is later dyed again in the temple, where it is woven into fabric to make the orange robes.

“The monks not only make a concrete contribution to recycling, but also raise awareness in their communities,” said Chever Voltmer, director of plastics initiatives at Ocean Conservancy.

When Phra Maha Pranom ventures into the community, villagers, both young and old, come out to drop off their plastic bottles.

“If you don't collect this plastic waste, where does it end up? In the stomach of dugongs, dolphins, whales and many other marine animals. Then they die, ”he tells them.

Do you know the neck of the egg? These DIY Experiments for Kids Care...

Do you really like this and everything important in your view!