Washing hands at the airport can prevent an epidemic

A new study estimates that improving hand wash rates for travelers passing through only 10 of the world's leading airports could significantly reduce the spread of many infectious diseases. And the more people's hand washing habits improve at airports, the more dramatic the effects on slowing the disease, the researchers found. 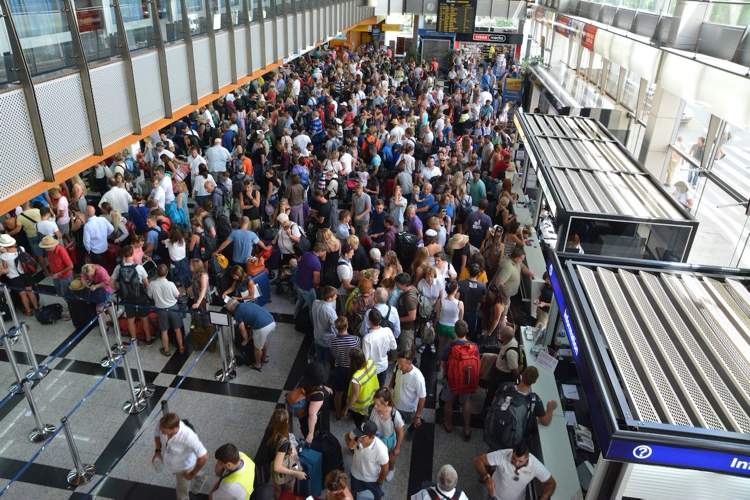 The results dealing with infectious diseases in general, including the flu, were released in late December, shortly before the recent outbreak of the coronavirus in Wuhan, China, but the study's authors say their results would apply to any of these diseases and are relevant to the current outbreak.

Even in crowded places such as airports, where people from many different places touch surfaces such as chair armrests, check-in kiosks, shelves at the security checkpoints, door handles and taps in the toilets, people can handle their hands surprisingly casually. Based on data from previous research by research groups like the American Society for Microbiology, the team estimates that on average, only about 20 percent of people at airports have clean hands – meaning that they have been with them for at least 15 seconds in the last hour or so Water and soap have been washed. The other 80 percent potentially contaminate everything they touch with bacteria, ”says Nicolaides.

“Seventy percent of people who go to the bathroom wash their hands afterwards,” says Nicolaides of the results of a previous ASM study. “The other 30 percent don't. And of those who do, only 50 percent do it right. Others just rinse with a little water instead of using soap and really washing their hands for the recommended 15 to 20 seconds, ”he says.

Improving hand washing at all airports around the world to triple this rate so that 60 percent of travelers have clean hands at all times would have the greatest impact and could slow the spread of disease worldwide by almost 70 percent, the researchers found.

The researchers identified 120 airports that have the greatest impact on the spread of many infectious diseases and found that they are not necessarily the airports with the highest total traffic. For example, they state that the airports in Tokyo and Honolulu have an overwhelming impact due to their location. While they rank 46th and 117th in terms of total traffic, they can contribute significantly to the spread of diseases, as they have direct connections to some of the largest airport hubs in the world, have long-distance international direct flights and exactly between the global east and west.

Using such measures at so many airports and reaching such a high level of compliance may be impractical, but the new study suggests that a significant reduction in the spread of infections could still be achieved if you only look at the 10 most important airports based on the original location of a virus outbreak. The researchers estimate that improved hand washing in these 10 airports could slow the spread of the disease by up to 37 percent. This could be achieved, for example, through posters, public announcements and possibly improved access to hand washing facilities.

So you can turn your phone into a 3D hologram projector

Tattoo Studio Hamburg: These are the best tattoo artists in the Hanseatic city!