Tattoo Studio Hamburg: These are the best tattoo artists in the Hanseatic city!

With its great location on the Elbe, the large harbor and more bridges than Venice and Amsterdam have in common, Hamburg is undoubtedly one of the most beautiful and popular cities in Germany. In addition to the Reeperbahn, St. Pauli and the many great clubs and bars, good tattoo studios also belong to the Hanseatic city. As a birthplace of professional tattoo art, Hamburg is not only the stronghold of the seamen, but also some of the best tattoo artists in Germany. But who should get your dream motif under your skin? We have made ourselves smart for you and present the Top 8 Tattoo Studio Hamburg in this article.

The tattoo hype in Germany just doesn't decrease – according to the latest statistics, one in five Germans has at least one tattoo. It is therefore not surprising that the range of tattoo studios in Berlin and other large cities is also constantly increasing. The tattoos in Hamburg have a long tradition that started with real sailor tattoos in the 19th century. Now it looks very different. Tattoo artists from Germany and abroad adorn the bodies of their customers with beautiful masterpieces in all imaginable tattoo styles. But which studio is the best depends on many different factors. After all, you have to decide for yourself which tattoo artist suits your needs.

The interior and the atmosphere in this tattoo studio Hamburg really invite you to linger. Hanging T-shirts on the windows, books stacked on stones and the warm shades of brown provide “Spadetattoo” for cosiness and comfort. Although the store opened in 2016, the tattoo artists working there are some of the best in Germany. Whether fine dotwork, bold blackwork, realistic, mandala or Japanese tattoos – the artists specialize in almost all possible tattoo styles. “Spadetattoo” does not work with templates from catalogs. Each tattoo is drawn individually for each customer according to his wishes and ideas and so the works of art are truly unique. Appointments are made twice a year – for the first half of October and in March for the second half.

Located in the heart of the Hanseatic city between Eimsbüttel and Schanze – “Immer und Ewig” has been one of the most popular and sought-after tattoo studios in Hamburg for more than 10 years. And this is exactly the motto the team works there – after 10 or 20 years, customers have to find their tattoos just as cool and beautiful as on the first day. The studio has no fixed opening hours so that every customer gets the full attention of the tattoo artist. Appointments are only made after consultation and the waiting time is approximately 4-5 months. Certain walk-in days or various special events are announced a few times a year via Instagram and Facebook. So taking a look every now and then is definitely worth it. A total of 7 tattoo artists work for “Immer und Ewig”. From old school to traditional and neo-traditional to the trendy sketch tattoos – there is something for everyone in this tattoo studio Hamburg!

A very interesting fact that few people are aware of is that the oldest tattoo parlor in Germany is located in St. Pauli in Hamburg. Cool works of art have been engraved there since 1946 and the first owner Paul Holzhaus tattooed real sailors. To work as a tattoo artist in these times was not as easy as it is today. On the one hand, tattoos were prohibited by law, and on the other hand, because the sailors had to wear their blood type under their left arm. Paul Holzhaus and his successor Herbert Hoffmann, who is the uncle of the current owner, are considered real legends in the tattoo scene. Her old school tattoos serve as inspiration for many talented artists around the world. For the team from the “oldest tattoo parlor in Germany”, it is particularly important to create individual motifs and designs for each customer. So if you bring your own sketches and templates, they are not simply copied, but carefully adjusted.

A tattoo studio with a difference – “Hamburg City Ink”

“Hamburg City Ink” was founded in 2011 and is a very unique and innovative tattoo studio in Hamburg. There is no permanent team there – the shop offers 13 spaces, which are ultimately rented to selected independent tattoo artists. Of course, this brings a whole range of advantages: for smaller tattoos, you don't have to wait for hours on the regular walk-in days, appointments are incredibly flexible and are also possible outside of opening hours. Due to the constantly changing range of tattoo artists from different countries, every imaginable tattoo style is covered in the studio. And here's good news for all vegans among you! “Hamburg City Ink” is one of the few studios in the Federal Republic that works as animal-free as possible. Completely vegan colors are used as well as soaps and similar products that have been produced without animal ingredients and animal testing. 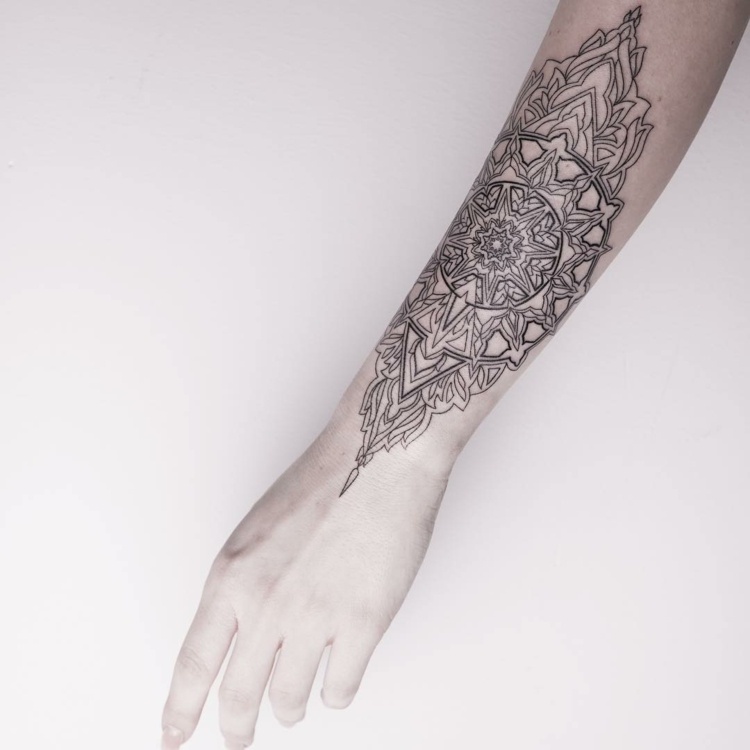 The “Jungbluth” tattoo studio was founded in 1994 and has been one of the real treasures in the Hanseatic city ever since. The owner himself has been tattooing for more than 20 years and has become one of the greatest legends in the tattoo scene both in Germany and worldwide. No matter which style you have chosen for your tattoo – with “Jungbluth” you are always in good hands. Every artist there has his or her own specialty and without a doubt everyone is a real professional. The tattoo studio stands for individuality and creativity and works on the principle that quality comes before quantity. The waiting times are different for each artist. The best thing is to simply call or drop by and ask.

“Bubblegum Art Tattoo” is the right place for everyone who wants colorful, happy and really unique tattoos! The masterpieces are mainly engraved in new school and comic style and simply look breathtaking. The owner Tschiggy is now known all over the world with her cute tattoos. People from different countries fly to Hamburg especially to decorate their skin with a feat by the talented artist. Even if you have no precise idea of ​​the desired motif, you can rely 100% on the artists of “Bubblegum Art Tattoo”. You will take your time and discuss many creative ideas with you so that everyone is satisfied with the result in the end. In this tattoo studio Hamburg you can also get a cool hand poke tattoo. One of the tattoo artists is one of the best in this style. You have to expect 2-3 months for an appointment and up to 3 weeks for smaller motifs. Or if you're lucky – the same day!

Opened and beautiful just a few years ago, “KODIAK Tattoo” is one of the best tattoo studios in Hamburg and Germany. The 9 artists who work there specialize in a wide variety of tattoo styles and there is certainly something for every taste. The constantly changing guest artists, who come from all over the world, provide even more variety. Do you tend to get a new tattoo spontaneously? Then “Kodiak Tattoo” is the right place for you! Every first Saturday of the month, except in June, July and August, the studio organizes walk-in days with the so-called “Wanna Do” designs by the tattoo artists. They show many motifs in different styles that they would like to set. And for all tattoo fans who may not yet know – the studio opened its second branch in St. Pauli in August 2019.

“The Aristocrat Tattoo” is located in Neustadt and since 2009 the tattoo artists have been creating some of the most beautiful and unique tattoos in Hamburg. The founder has been in the tattoo industry for more than 26 years and has now become a real legend. He is available to both customers and his team at all times with advice and action. The 6 tattoos at “The Aristocrat Tattoo” cover almost all styles – from fine, small designs to black and gray or colored tattoos to beautiful Maori tattoos – in this studio every customer is in good hands! The walk-in days in the studio always take place under a predetermined motto.

Furnish a 20 sqm apartment: When multifunctional furniture plays the main role in the interior

Music in the workplace: can this increase motivation?

Play the violin and get through brain surgery at...

Getting pregnant: would autumn be the best season for...

Play the violin and get through brain surgery at the same...

Industrial charm in matt black, gray and wood – penthouse with...

These Life Hacks care for more orders at Hause: 24 apartments