Researchers have shown that spectroscopic methods based on near-infrared spectroscopy can differentiate between fat and muscle tissue in the heart. In addition, the distinction is critical when using high-frequency ablation to treat serious cardiac arrhythmia, which medical professionals know as ventricular tachycardia. Ablation is the only treatment for this and identifies areas of the heart that trigger abnormal signals. These can then be heated to the point that they can no longer be transferred. During the procedure, it is important, but still challenging, to determine exactly where energy is to be released while the doctor is protecting healthy tissue. 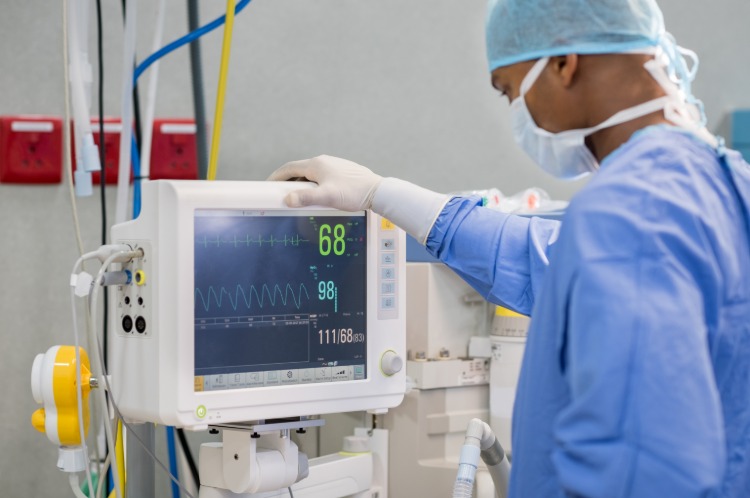 The researchers first found that an ablation catheter with near-infrared spectroscopy mapping can successfully differentiate different tissues and types in hearts. This means that medicine can better treat patients with cardiovascular diseases. Ventricular tachycardia is the main cause of sudden death. An estimated 300,000 deaths per year are due to the disease. In addition, the scientists hope that they can transfer this technology to the clinic. Thus, the effectiveness of high-frequency ablation therapy can increase and the associated complications in patients with ventricular tachycardia can be reduced. 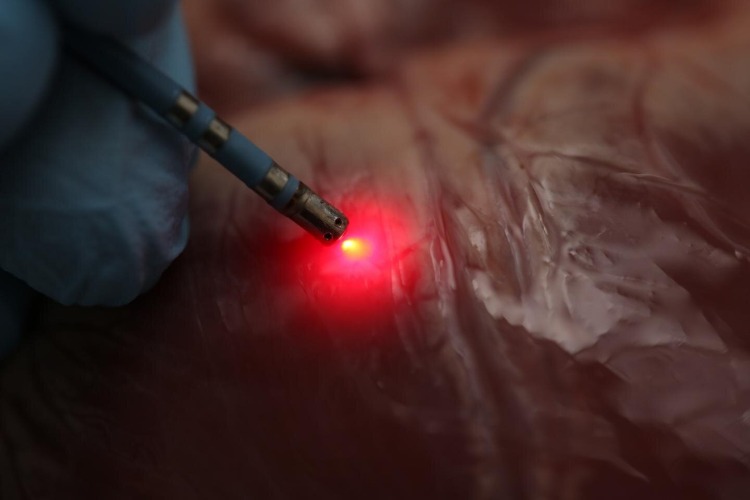 Nowadays, most cardiac clinical mappings are based on functional measurements such as tension. So this is an optical measurement that provides information about the underlying tissue composition. However, doctors could also use them for spectroscopic methods to improve the success rates of ablation. The researchers used near-infrared spectroscopy, in which they directed light with a broad wavelength range at the tissue and then captured the reflected light. This reflection spectrum provides information about the tissue composition based on its absorption and scattering properties. The approach could not only serve to control ablation, but could also provide information that could be used to develop new computational models to improve understanding of the mechanisms involved in arrhythmias.

Ablation procedure in the heart 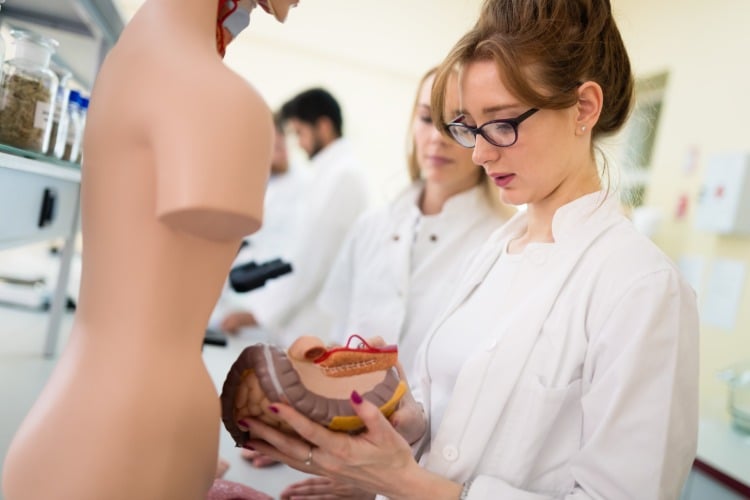 The researchers had to develop new ablation catheters for the use of near-infrared spectroscopy during high-frequency ablation. These contained the optical fibers for the emission and detection of light. They also offer a custom tip for tracking the instrument. They also developed new signaling and data processing techniques, a workflow to render anatomical maps, and a tracking system to enable spatial mapping of the tissue. With the new catheter, the researchers tracked the position of the instrument as it moved along the surface of the heart. They recorded reflection spectra at every location. The team used this to calculate an optical index for both adipose and lesion tissues.

The experiments were performed on donor hearts from those with cardiovascular disease to replicate what would likely occur in the clinic. So far, the researchers have achieved extremely encouraging results. Her work shows that optics can play a large and effective role in the field of cardiac electrophysiology. Researchers are currently working on a new prototype that would integrate mapping more fully. They are also planning to demonstrate spectroscopic methods in large animals to test how well it works when the heart muscles move and blood circulates through the heart.