Sleeping too long: why is sleeping late unhealthy?

Everyone dreams of being able to relax on the weekend. Long sleep is, of course, part of the program for most people. So we try to recharge our batteries for the coming working week. But the reality is very different: after getting up, our body does not want to wake up properly and it takes a lot longer for us to get going. In fact, researchers confirm that sleeping too little or too long can be unhealthy. Late risers are said to get sick more often and suffer more from back and headaches. Long sleep can not only have a negative impact on our health, it can also be a symptom of diseases such as diabetes or heart disease.

Sleeping too long: how much sleep do we need? 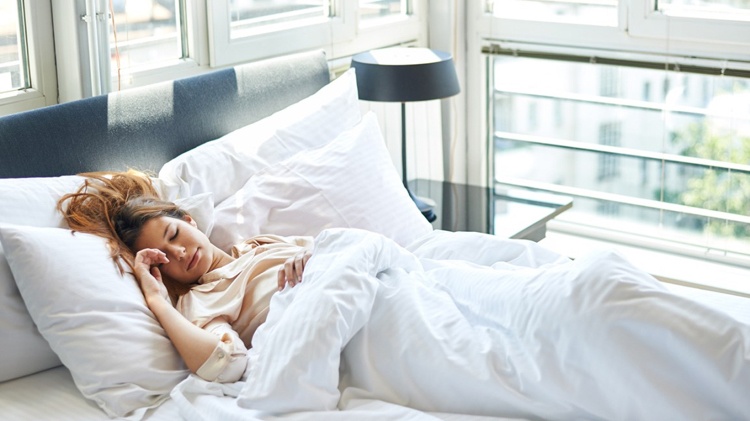 When is sleep too much and how many hours a day does our body need so that we can relax? For years, the optimal sleep duration was set at eight hours. A new study conducted by researchers from the American Society for Sleep Medicine shows that the optimal amount of sleep for adults (18-64 years) is between 7 and 9 hours. However, the scientists explain that these values ​​should only serve as a guide. Ultimately, sleep is something individual and our bodies dictate how long we sleep. According to studies, around 2% of the world's population are late risers. These people sleep an average of 2 hours longer. As a rule, sleeping habits are formed in childhood and then hardly change.

What negative effects does long sleep have on our health?

Usually, between 7 and 9 hours of sleep is enough for most people. Those who sleep significantly longer should seek advice from a sleep doctor. Because it can be that you simply ignore your sleeping habits and oversleep. If so, there are certain health risks. Late risers are at risk of:

Sleeping too long: Can a long sleep affect our brain?

When we fall asleep, the activity of the nerve cells in the brain decreases. The blood that has accumulated there flows out of our head. This also causes brain fluid to flow, which flushes toxins out of the brain. If the toxic protein remains in our brain, it can lead to memory problems. But sleeping too long can also lead to difficulty concentrating.

1. Researchers from San Francisco carried out an experiment. The subjects were divided into two groups. The participants who slept more than 7 hours a day formed the first group. The other group consisted of people who sleep 7 hours a day. All participants should do Lumosity brain training exercises. The first group was able to complete the tasks much more slowly than the second group. Other studies suggest that sleeping too long is associated with reduced cognitive function and memory problems.

2. Sleeping too long can also trigger Alzheimer's. An extensive study by the University Hospital in Madrid, Spain also found that long sleep is a risk factor for dementia.

3. Sleep-related illnesses like depression can worsen. As a rule, many patients with depression suffer from sleep disorders, around 15% of all sufferers admit that they sleep far too much. They are at high risk of inheriting their tendency to depression. The late risers also suffer from anxiety disorders more often. Deprivation of sleep helps many patients. In recent years, sleep doctors have been trying to treat patients with depression with a guard rape. In the majority of those, around 60% to 80%, the method leads to positive results after only a few days.

Those who sleep too long often suffer from chronic inflammation

Chronic inflammation is a risk factor for other diseases like diabetes, heart disease and Alzheimer's. People who smoke, are overweight or have other infections are more likely to suffer from chronic inflammation. But the amount of sleep can also play a role.

Why is long sleep unhealthy? Because we perceive pain more intensely after a long sleep

Intuitively, we want to withdraw when we are bad. Even if we feel pain, we prefer to lie down and try to relax and fall asleep. In many cases, however, this can result in us feeling the pain even more intensely than when we woke up. Back pain and tension in the neck can worsen if we do not move and spend too much time lying in bed. A mattress that is too hard or too soft and an unfavorable lying position are also among the main causes of cramping. Those who sleep too long risk a headache. Too long periods of sleep can trigger migraine attacks. This headache is not due to sleep itself, but to other factors such as stress. But most people want to reduce everyday stress by taking a nap or sleeping in, especially at the weekend. So if you feel tired at the weekend, you should first try yoga and meditation to counteract the stress.

Why is sleeping unhealthy for too long? Can the amount of sleep affect fertility? 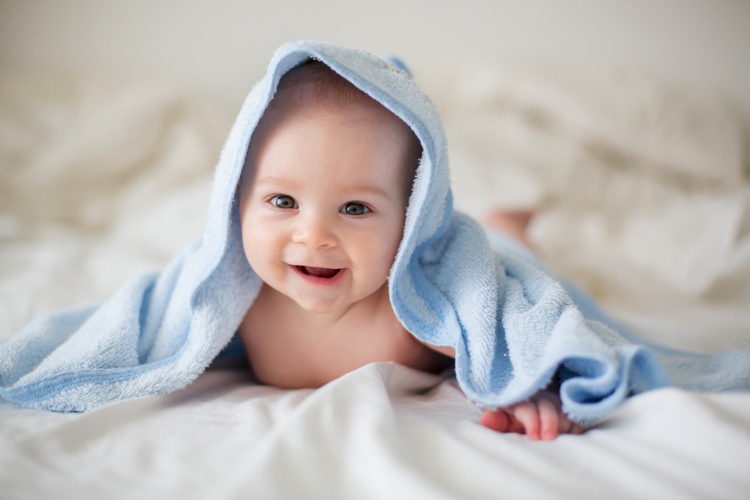 Scientists and doctors have long known that certain diseases and an unhealthy lifestyle can have a negative impact on fertility. A new study from South Korea shows the relationship between the amount of sleep and fertility in women. As part of the study, the researchers examined the patient records of women who had undergone IVF treatment. They found that 53% of women who slept 7 hours a day became pregnant. In comparison, only 43% of women who sleep more than 9 hours a day have become pregnant. The scientists assume that the longer sleep is caused by hormones. Exactly the hormones that are also responsible for the infertility of the patients can lead to an increased sleep duration.

Are people who sleep too long really at risk from diabetes?

It has long been suspected that long sleep can be caused by diseases such as diabetes. There are currently several studies that show a connection between diabetes and long sleep periods. Too short and too long sleep are both potential triggers for diabetes 2. Longer periods of sleep can also lead to weight gain. Around 20% of patients who sleep more than 9 hours a day are overweight. 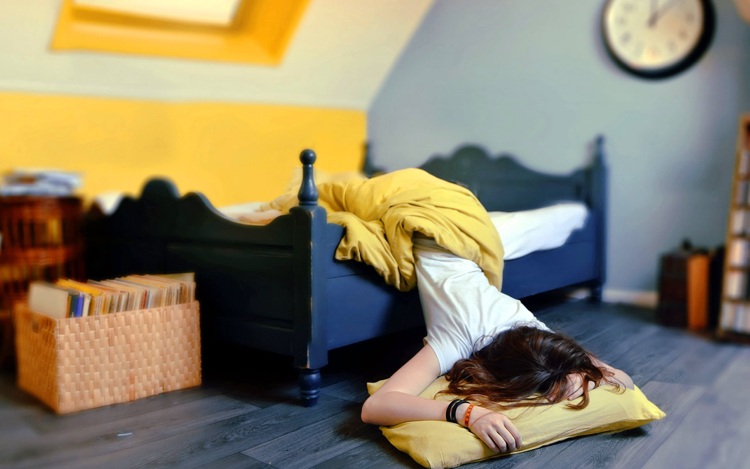 Heart attacks and strokes are in the top 5 most common causes of death nationwide. The genetic makeup, everyday stress and lifestyle can favor the development of a heart disease. But the amount of sleep can also have a negative impact on our heart. Vancouver General Hospital researchers evaluated a database of patient records from more than 71,000 women in Canada. They found a link between the length of the sleep period and the risk of heart disease. The participants with a long sleep (between 9 and 11 hours) were 38% more at risk of heart attacks than the subjects with a healthy sleep (8 hours).

Scientists from the University of Cambridge evaluated a European database of patient records from over 9700 people. In the course of 11 years, they registered all cardiovascular diseases of the participants and divided them into different groups. After an in-depth analysis of the files, they found that late risers increased the risk of stroke by 46%. For people who not only slept longer at night, but also took a nap during the day, the risk of stroke increased by 90%. The researchers suspect that long sleep could be an alarm signal for an upcoming stroke.

Why is sleeping unhealthy for too long? sleep disorders

Obesity, diabetes, heart and stroke: The future does not look pink for late risers. It was also recently discovered that people who sleep too long die earlier. Because too much sleep can significantly increase the risk of death. Possible causes of death include, according to Dr. Michael Grandner, researcher at the University of Arizona:

1. Too long sleep periods lead to sleep fragmentation. Those affected cannot recover properly and are exhausted, sleepy and often fall asleep involuntarily during the day. Fatigue reduces the quality of life and leads to a higher frequency of accidents.

2. For most late risers, fatigue and lethargy go hand in hand. The more you sleep, the slower the body wakes up after getting up.

3. The long sleep weaken our immune system and thus bring the body out of balance. This makes late risers more susceptible to viruses.

4. People who sleep too long also have less time for sports and other activities that keep the body fit.

5. Sometimes drowsiness and increased sleep is a symptom of other, as yet undiagnosed diseases.

Is long sleep a trigger or a symptom?

After all the information that researchers and doctors have put together, only one question remains unanswered. Is long sleep a trigger or a symptom? Some medical professionals assume that healthy people simply need little sleep to recover. A short-term study may provide an answer, during which healthy subjects have to change their sleeping habits and sleep longer. However, many people simply know their rhythm of sleep or often forget to take a break in their hectic everyday life. The hope of “catching up” on the weekend is in vain. It is much better to try to improve sleep quality.

Tips for a healthy sleep

There are preventive measures you can take to prevent you from sleeping too long on weekends.

1. Try to sleep between 7 and 9 hours every night.

2. Do not sleep on the weekends any longer, because this disrupts your sleep pattern. You will feel the consequences in the coming week: you will have difficulty falling asleep.

3. Invest in a daylight alarm clock. It emits gradually brighter light and thus simulates a sunrise.

4. Better not to have an afternoon nap. It can also lead to sleep disorders and make falling asleep in the evening much more difficult.

If you have improved your sleeping habits and still sleep more than 9 hours every night, it is worth consulting your family doctor or a sleep doctor. Your body may just need more rest, or you may be among the 2% of people who usually need more sleep. In some cases, long sleep may indicate certain illnesses.

About the study by the research team at the children's hospital in Ontario, Canada

About the study by researchers from San Francisco, USA

To the study by researchers from Madrid, Spain

DIY Natural cosmetics make themselves; You have to have these beauty products!

30 super gift ideas for daddy – most popular gifts for dad

Makeup for Ameisen: She creates tiny paintings on your eyelids