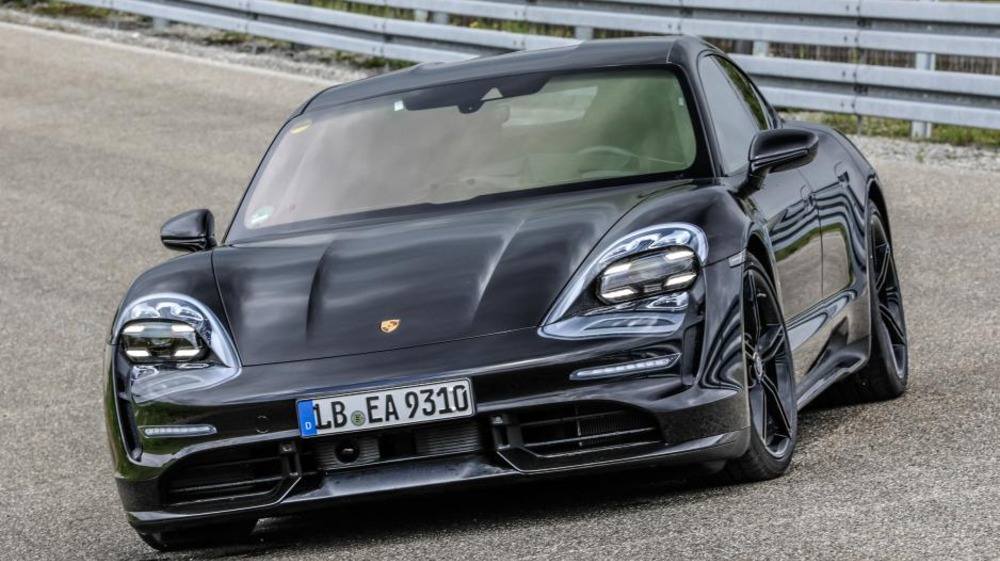 The interior of the new fully electric Porsche Taycan has prepared the car manufacturer for the world premiere of the four-speed sports car at the Frankfurt Auto Show in September. For example, the cockpit of the models was inspired by the original 911 of the year 1963 with a clear, driver-oriented layout. The dashboard offers space for up to four large screens, optional for a fifth in the fund.

Function and design in Porsche Taycan

Behind the steering wheel is a curved 16.8-inch display with four display modes. This is classically equipped with rounded instruments and an original configuration. It gives a map that replaces the central screen. It also features a complete map where all instruments for displaying the navigation device on the entire screen are omitted. Therefore, only important information for the driver is displayed. The Kombi instrument is flanked by two small touchscreen modules, operating light and vehicle functions. 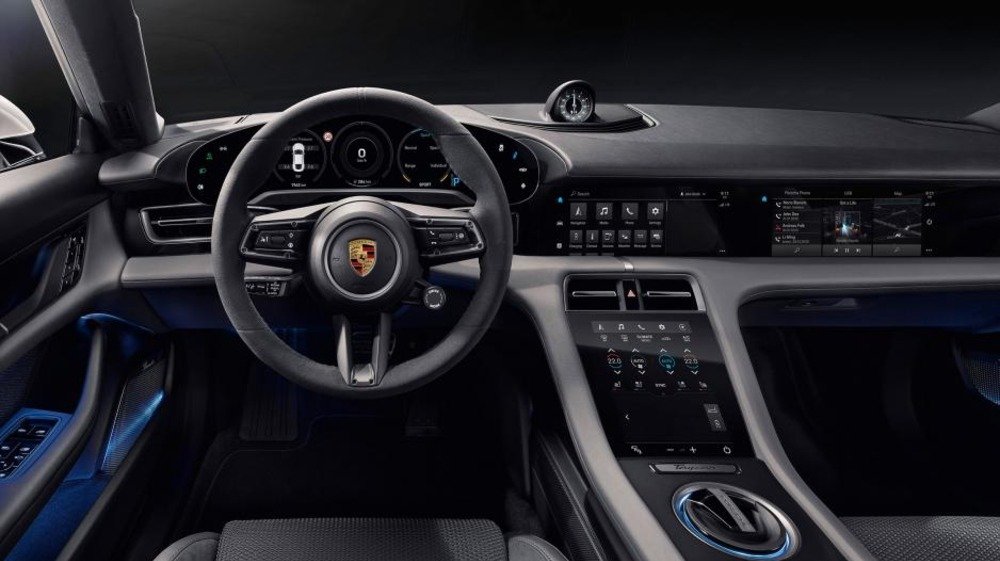 The dashboard features a 10.9-inch touchscreen, allowing the driver to control all kinds of vehicle settings and functions. It provides apps for navigation, media and smartphone connectivity as well as charging, weather and waiting. According to manufacturers, technicians have redesigned all intersections for Porsche Taycan, while greatly reducing the dependence on physical controls. In addition to the controls, the driver can activate all functions through the phrase "Hey Porsche" with the phrase "Hey Porsche".

Buyers also have the opportunity to use a second touch screen for the luminaire board. This allows you to interact with the car without distracting the driver. The elevated 8.4-inch touchscreen in the center console conveys the feeling of a low driving position. Here you can select the settings for the climate control. Furthermore, provide haptic feedback and a handwriting recognition technology for an intuitive user experience. 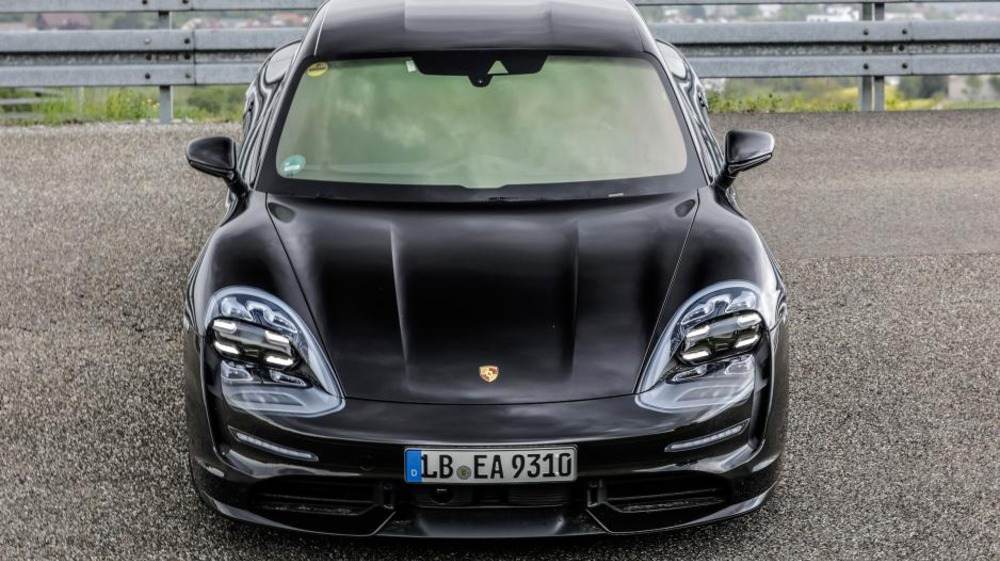 The ventilation openings can be operated digitally. This is a feature that can also be found in the Tesla Model 3, while a switch in the instrument panel makes use of a vehicle mode surplus superfluous. The new Porsche Taycan model, equipped with the optional 'Advanced Climate Control' for four zones, features a five 5.9-inch touchscreen at the rear. About these, passengers can sit on the backseat of their preferred settings. Otherwise, two variants of the steering wheel are available. It provides a standard version that is customizable with colorful lenses and a "GT Sports" option with a striking design.

Equipment for the particular taste 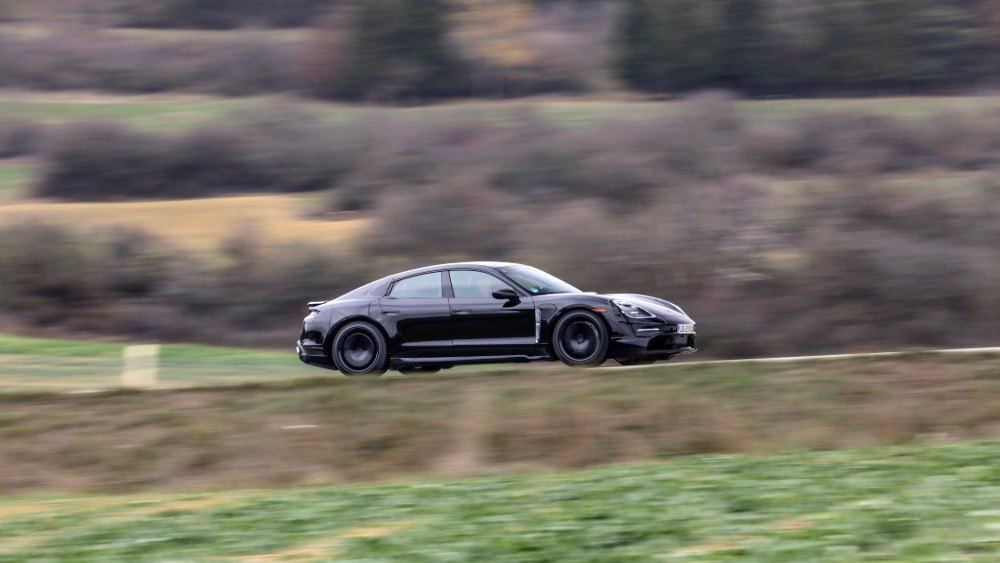 Various interior colors are available at the Porsche Taycan. The Black Lime with Beige and Blackberry with Meranti Brown are the exclusive options. Election-released accents add matte black, dark silver or neodymium highlights, while the doors and center consoles are fitted with wood, carbon-embossed aluminum and textile trim. Leadership seats are easily obtainable, but customers can opt for sustainable synthetic leather or recycled Race-Tex micro-fiber upholstery instead. 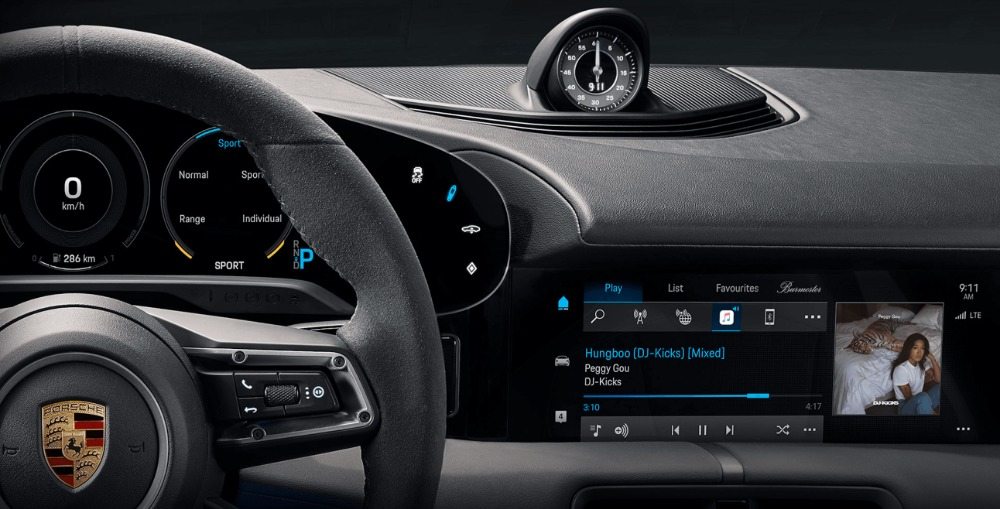 Previously, the companies had announced that Porsche Taycan should receive a six-month subscription to the Apple Music streaming service. The company also indicates that it offers, for the first time, a full Apple Music integration in one vehicle. Drivers also have access to over 50 million songs, and the German manufacturer also offers three years of free internet connection in the car. Optionally, a high-quality Burmester surround-sound audio system is available. With Porsche Taycan's voice control assistant, drivers can search for music along the way. The model is also compatible with Apple CarPlay.

In the interior, the Porsche Taycan offers space for up to five passengers, while in the trunk and under the bunk room space for luggage. In front of the driver is a freestanding, curved, digital instrument display. With a drive mode selector switch in tilt switching, you can switch between driving, neutral and backward. A large infotainment screen sits bundled in the dashboard, while a second touch screen lies between the two front seats. Future owners should also be able to acquire wireless updates for your car, which offer upgrades for everything from infotainment systems to safety technology on board. Chassis change and power upgrades should be possible, at least. 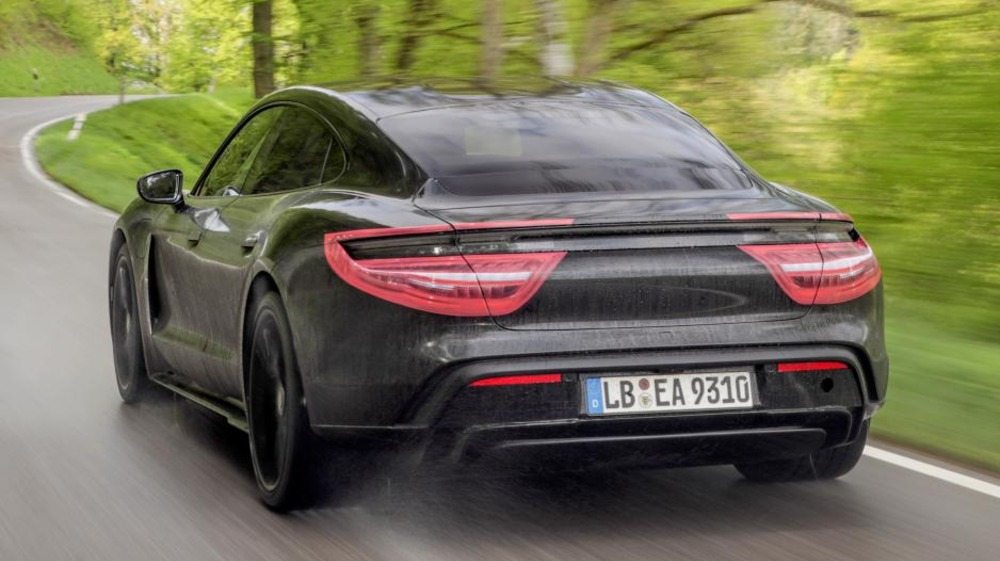 The Taycan will go on sale in 2020, and the German manufacturer has the Tesla Model S in view, when it brings its first electric car to market. The official performance data has not yet been confirmed, but Porsche strives for a range of more than 500 kilometers with a single charge. So we can expect the car manufacturer to equip the Porsche Taycan with a 90-kWh battery and with a 350-kW fast charge reaches a range of around 290 kilometers in just nine minutes. The electric vehicle is available on two electric motors - one front and one rear, which in the top versions of the car deliver 600 hp. The acceleration of 0-100 km per hour should only take 3.5 seconds, while 0-200 km per hour is probably less than 12 seconds.

The highest speed of the car is still lying at 250 km / h. All-wheel drive should be standard, although some cheaper versions with rear-wheel drive could come to the market. Test driver of the Porsche Taycan laid out during the five-year vehicle development program, which included 30 countries and temperatures of -35 to +50 degrees Celsius, more than six million kilometers. More than 100000 charging cycles were carried out to ensure that the rechargeable battery is as robust as possible. Lastly, a Pre-Production Taycan returned more than 2,000 miles on the Nardo test track in Italy in 24 hours. A team of six Porsche riders averaged between 121 and 134 miles per hour and picked a single male to train and train the riders.

After Taycan was almost a serial tire, Auto Express went along with the car's chief engineer, Stefan Weckback, to Germany, to see who he was developing. "We wanted Taycan to become a Porsche," Weckbach explained. "Today, it must, in all circumstances, bring maximum height and performance, as long as the driver demands it." This is in just over two tons of heavy car with a length of more than five meters and a width of two meters easier said than done . 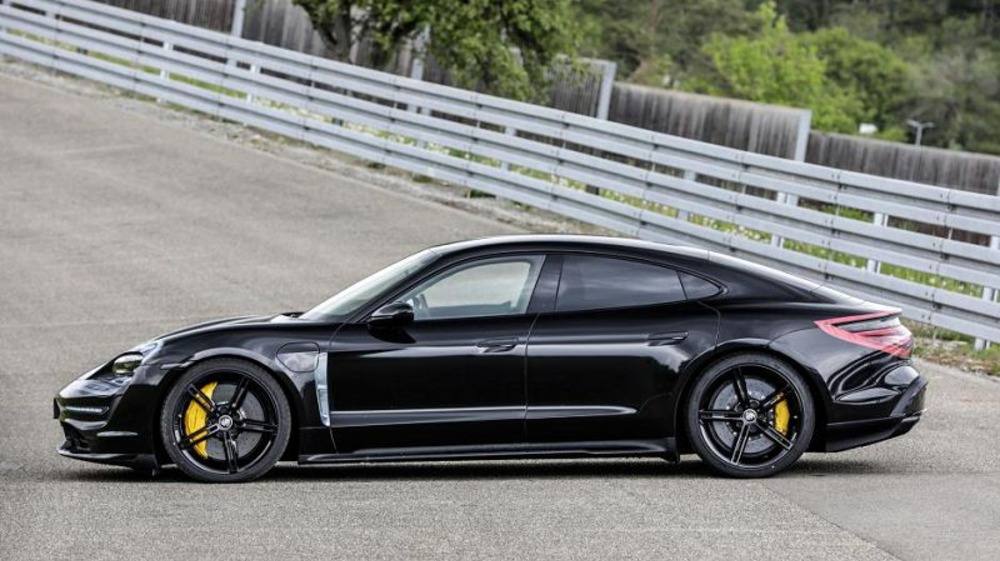 Porsche Taycan nevertheless shows a lower emphasis than the Porsche 911 GT3, was the large part on the low positioning of the battery. In combination with an active, adaptive air suspension and a rear steering wheel, the car feels incredibly useful in curves. It reduces its large proportions in a brilliant way. You should consider this low seat position essentially, which means that you feel the Taycan sportslights and driver orientations like the Model S or Jaguar I-Pace. Noteworthy is also the performance on a straight line. Even from the driver's seat, the erroneous speed of 3.5 seconds or less seems to be accurate. 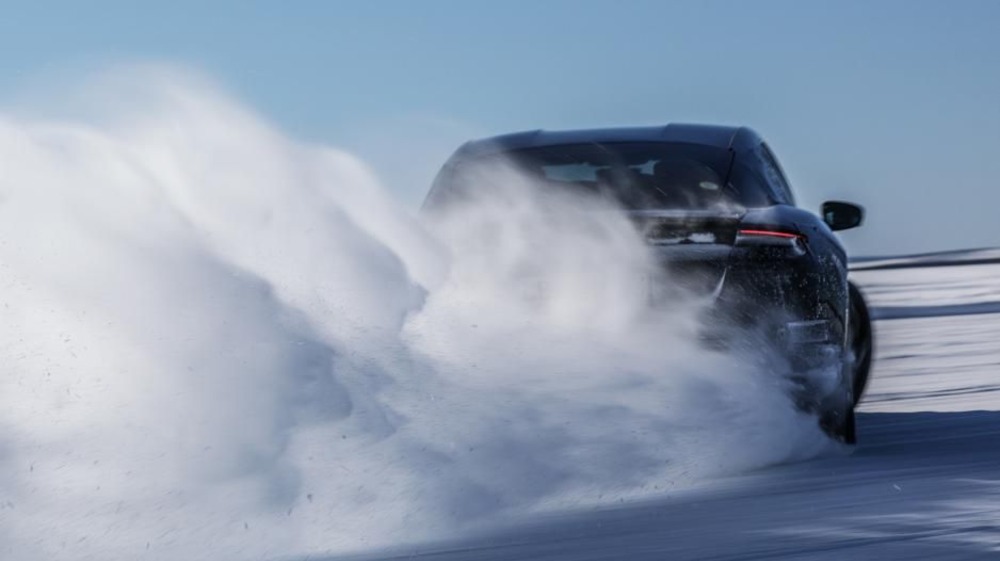 It is also striking that this acceleration is followed almost relentlessly. The Porsche engineers have worked hard to make the noise of electric motors as small as possible. While handling the Porsche Taycan and the 911, the styling is similar to the Panamera. On the outside of the vehicle are typical design features of the rest of the brand's range, including the falling roofline, the exhibited wheel houses and a continuous LED light rail in the rear. The Taycan will be compatible with IONITY's ultra-fast European CCS chargers. Porsche wants the lithium-ion battery of the car to be closer than everything else, Tesla was offered and reached a value of 270 watt hours per kilogram.

Porsche has decided to exclude the information about the interior first. The full reveal will take place at the Frankfurt Automobile Exhibition in September. We can still say with certainty that the interior of the Porsche Taycan is said to be one of the most futuristic of Porsche, in the touchscreen gadgets as opposed to physical keys play an important role. We can get a decent ride by car at the end of 2019. When the delivery begins in the year 2020, the Tesla Model S will finally win competition by its main competitors.

Currently, no pricing information for the Taycan has been disclosed. The car brand has stated, however, that up to three more variants of the four-wheeled sedan could be available. In fact, those high-end versions were offered for sale first. These offer different performance levels, while a single-version version with around 400 PS is being developed. A crossover model proposed by the Mission E Cross Turismo concept vehicle will be confirmed for the production. The Taycan will sometime also form the basis for a fully electric Bentley. 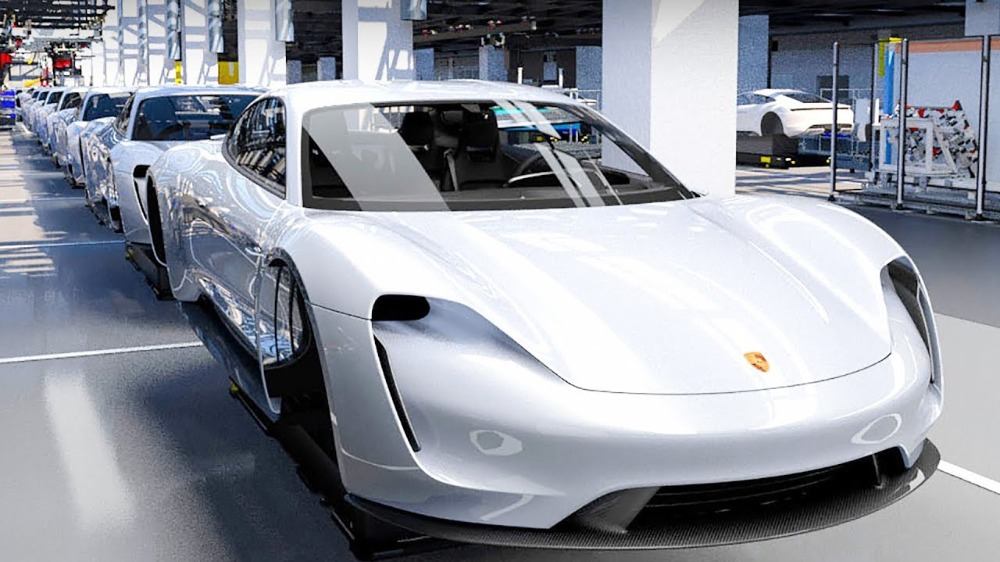 According to Porsche, more than 10000 customers have directed a payment on the Taycan. From 2020, between 20000 and 25000 models will be available on the market every year. Porsche also belittled the Origin of the name. Taycan derives himself from an Eastern dialect and is pronounced "Tie-Can". It means "lively young horse", a clue to the Porsche badge.

Heavenly Egg Punch – Recipes that you must try

Cottagecore fashion trend: What is behind the new trend and how do you achieve...

Protect your head with a DIY beanie cap