New method can detect microplastics in the human body

A new method could help detect microplastics in human tissues and organs so that researchers can study the effects of plastic pollution on our health.

Plastic waste can break down into smaller pieces known as microplastics. Last year, Rolf Halden from Arizona State University and his colleagues discovered molecules made from commonly used plastics, such as bisphenol A, in human liver and adipose tissue samples. You have now investigated whether larger particles of microplastics could be detectable if they get into human tissue.

The researchers took 47 human tissue samples from the lungs, liver, spleen and kidneys and mixed them with various microplastics and chemicals. Then they tested whether the microplastic fragments in the samples could be detected and quantified using established spectroscopic methods.

The researchers found that it was possible to identify dozens of types of plastic components, including polycarbonate, polyethylene terephthalate (PET), and polyethylene.

“We are literally surrounded by plastic in our daily lives. Now we are in a position to better define plastic pollution in the human body, ”says Halden. “Whether, where and to what extent plastic fragments accumulate in various human tissues and organs is the focus of ongoing research”. 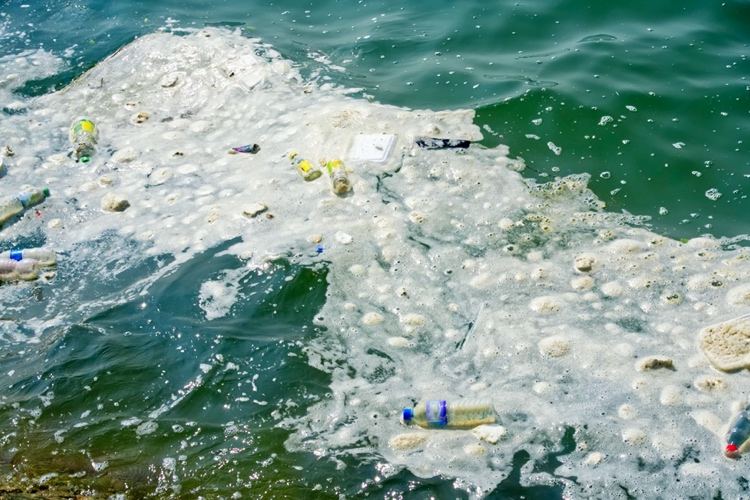 Halden and his colleagues have also developed an online tool that allows researchers to standardize their measurements of microplastics in human tissues by converting information about the number of plastic particles into units of mass and surface area. Her research was presented today at the American Chemical Society’s virtual meeting for Fall 2020.

“There is currently no ideal analytical method for quantifying microplastic particles in human tissues,” says Dick Vethaak from the Dutch research center Deltares.

According to Vethaak, it is important to ensure that contamination of samples, for example with microplastics in the air, can be ruled out when the new method is used to screen human tissues for the presence of microplastics.

Stephanie Wright of Imperial College London says there is evidence from animal testing that microplastics can cause damage to the body. But it is still not clear whether microplastic particles could enter human organs. According to Wright, the big question for future research will be whether microplastics have an impact on human health.

Dirndl Hairstyles For Short Hair – The Most Beautiful And Easiest Ideas At A...