Leek as a medicinal plant: that's why the vitamin-rich vegetables are healthy!

A vitamin-rich vegetable or a medicinal plant? The leek is valued not only for its spicy taste, but also for its immune-boosting, detoxifying and antibacterial effects. With good reason, because it contains important ingredients that help us get through the winter in a healthy way. In the past the leek was mainly used as a medicinal plant, nowadays the leek is a popular ingredient in soups, dishes and grilled food.

Leek as a medicinal plant: what nutrients does the leek contain? 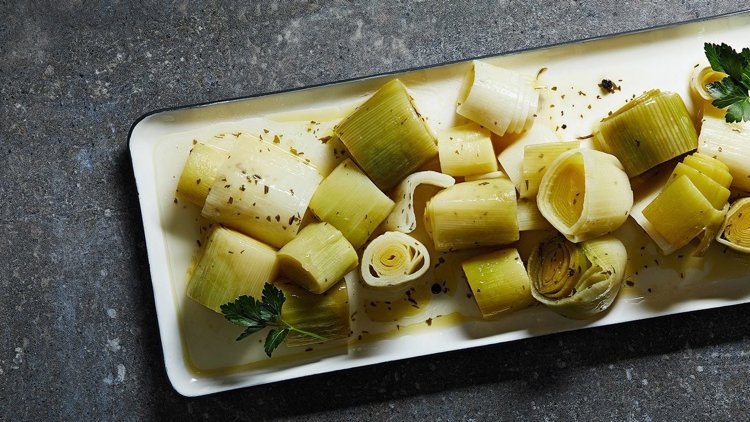 There are many healthy nutrients in 100 g leek that supply the body with vitamins, minerals and trace elements. As far as the vitamin content is concerned, the leek is considered a true vitamin bomb. It is a good source of vitamin C. Ascorbic acid has an anti-oxidative effect and can trap free radicals in the body. It is also involved in many metabolic processes and supports the body in building connective tissue.

The important ingredients also include 47 milligrams of vitamin K, which cover about half of the daily requirement. The vitamin can inhibit bone breakdown in women over the age of 45 and promote the formation of coagulation factors. The green leaves of the leek also contain between 500 and 800 milligrams of the phytochemical beta carotene, which is converted to vitamin A in the body. That is why the doctors recommend using the green leek leaves when cooking and not throwing them away.

The leek also contains many trace elements such as iron. It helps bind the inhaled oxygen to the hemoglobin in the blood and in this way promotes the transport of oxygen in our body. The medicinal plant is also rich in electrolytes such as potassium. The positively charged Jon regulates the electrolyte and water balance and helps to transmit impulses to the muscle and nerve cells. Another trace element that is very important for the nervous system is manganese. 100 grams of leek contain 0.5 milligrams of manganese, which already covers a quarter of an adult's daily requirement.

Dietary fiber plays an important role in digestion because it stimulates bowel activity. You can also purify the blood vessels. The essential oils of the vegetables are said to have antibacterial properties. No wonder that the vegetable was originally used primarily as a medicinal plant. Back then, people made ointments and creams to heal wounds mainly from the hair and juice of plants.

Leek as a slimmer 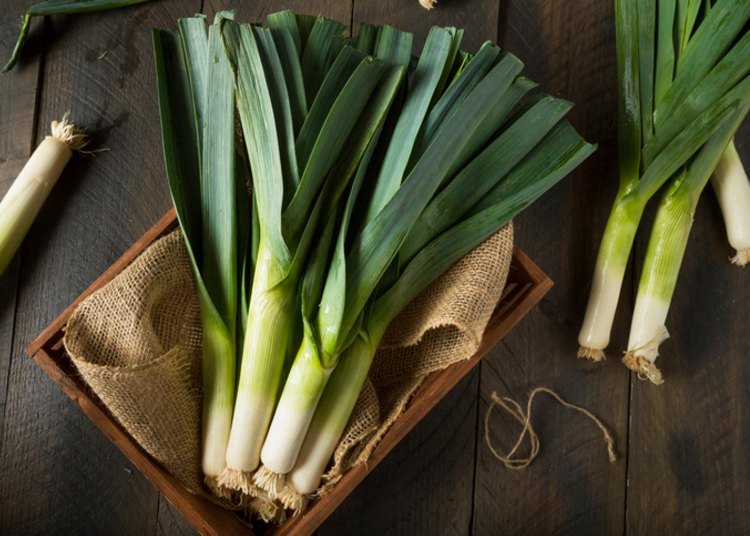 The leek is not only healthy, it also contains very few calories – 60 per 100 g of vegetables. Its spicy taste can stop the feeling of hunger and help to counteract overeating. No wonder that leek is considered a true slimming product by nutrition experts and is often served as an accompaniment to various low-calorie dishes.

Incidentally, leeks are still used in natural medicine: for example, as an ingredient in various home remedies for coughing or consumed raw to strengthen the body's defenses.