Is jogging unhealthy for your knees? We clear up the myth about running!

Spring is coming and many people are wondering how to get back in shape. But how do we get our bodies busy without harming our joints and knees? Is jogging unhealthy for your knees? The subject of joint wear as a result of intensive training is very controversial. We have taken a close look at the current studies and are clearing up the myth about running. In addition, we explain what should be considered when exercising so that the summer season does not end with pain.

Jogging is unhealthy for the knees: gonarthrosis

Many amateur runners are familiar with the warnings from family and friends: runners are at risk of joint wear. But what is joint arthrosis and how does it come about?

The technical term gonarthrosis describes the wear of the knee joints. Gradually, the cartilage that is in our joints is destroyed, which in the worst case causes pain. Those affected can no longer move freely. The causes of osteoarthritis are still unclear. Injuries in childhood, persistent overload, obesity and an accompanying rheumatic disease can favor and accelerate the arthrosis. Most scientists assume that osteoarthritis is not inherited, i.e. even if the parents suffer, the child can have healthy joints all his life. Osteoarthritis is not noticeable in the early stages, most people only see a doctor if they feel pain. Although the disease is not curable, it can be stopped. Today, osteoarthritis has become a widespread disease: According to statistics, over 8.5 million Germans over 40 years of age are affected. From the age of 65, 25% of women and 20% of men suffer from joint wear.

Is jogging unhealthy for your knees? Are there really health risks for recreational runners?

Can jogging lead to pathological changes in the joints? At the moment, doctors cannot give a clear answer to this question. This is because there are simply not enough studies to prove or reject this claim. “Jogging” has been examined more often as part of an extensive study and is very rarely the focus of the study. Most often it is grouped with other sporting activities like swimming or cycling. The effects of these activities are then evaluated together. As chaotic as the study situation at the moment, there are exceptions that can provide important information. A small study with 6 subjects (professional runners) was recently carried out at the Royal National Orthopedic Hospital in London¹. Another study at Barts University College in London researched the health effects of 138 recreational runners. A third study was published in the Journal of the American College of Cardiology, which researches the health benefits for marathon runners.

The good news for all hobby runners is that the human knee is very adaptable and resilient. Basically, therefore, the doctors assume that it can get used to the stress of jogging and endure. In some cases, jogging can even have a positive effect on and strengthen the knee joints. It all depends on how you train and how you prepare for it.

Can jogging increase the risk of osteoarthritis? 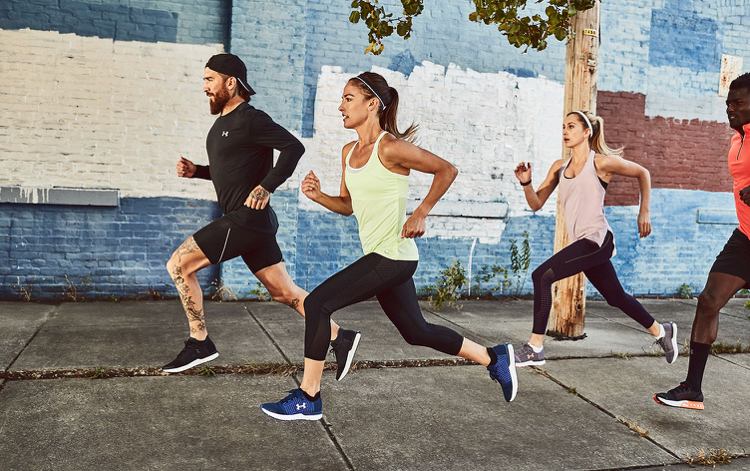 Scientists find it difficult to estimate and measure the strain on their knees. There are no fixed values, but the maximum load can vary from person to person. Even so, amateur runners don't need to worry. The doctors assume that the strain of daily jogging cannot lead to joint wear. Such a connection has not been scientifically proven. The scientists recently assumed that the situation is different for professional athletes. Since they overwhelm their joints for hours every day during training, they often experience knee problems. The risk of osteoarthritis is also increased by the many injuries that the athletes suffer during the training.

Is jogging unhealthy for your knees? Study clean up the myth

However, the results of a new study contradict that marathon running always leads to knee problems. The scientists at the Royal National Orthopedic Hospital in London had examined a small group of 6 subjects. The experienced hobby runners have already run more than 1000 marathons. No joint wear was found in any of them. The same team then analyzed patient records from 82 marathon runners. All subjects were complete beginners. It compared the knee joints of the participants 6 months before and 2 weeks after the marathon and found no pathological changes. Nevertheless, the doctors were able to determine the first signs of patellofemoral arthrosis in some of the test subjects. The main difference between the two groups is experience. The scientists assume that experienced runners take care of their knees, while beginners often do not properly assess their own skills and overwhelm their bodies.

The results of another study suggest that runners are less likely to suffer from arthritis. Over 20 years ago, medical professionals from Stanford University began examining runners. At the beginning, you divided the test group into two: The first group consisted of runners who continued to train actively over the next 20 years. The control group consisted of participants who were not runners. In the beginning, all subjects were examined and the scientists made changes in the joints of hobby runners that indicated arthritis. Surprisingly, after 20 years, the runners 'joints were in better condition than the test participants' knee joints. In fact, people who weren't runners developed arthritis more often. Could jogging be good for our knees?

According to a study carried out by a team of researchers at the coronary artery research center in Barts, running is good for the heart. Many people experience hardening of the arteries with age, but it increases the risk of cardiovascular disease among those affected. Patients with high blood pressure are particularly at risk. The doctors therefore wanted to examine how marathon running affects the heart. 138 subjects took part in the study. All participants were beginners and wanted to run the London Marathon for the first time. They exercised for 6 months and during this period their arteries became significantly more elastic and their blood pressure returned to normal.

Jogging is therefore not harmful to the knee joints, promotes blood circulation and is good for the blood vessels.

How much jogging a day is healthy

Jogging keeps our body fit, but how much jogging a day is actually healthy and when do we put too much strain on our knee joints? It mainly depends on age, weight and experience. This advice will make the adjustment phase much shorter:

1. A slow start is an absolute must for everyone who only trains in spring and summer. As is well known, joints take several months to get used to the stress again. Many recreational runners are not aware of this. Since the heart and muscles adapt to the new regime much faster, many beginners believe that they will be fit again after just one month. This quickly leads to overloads and knee pain.

2. Practice correct posture while running. Improper posture can do much more than walking even the joints.

3. Don't overdo jogging. It is enough to run three to four times a week for 1 hour.

5. If you experience recurrent pain in the joints, you should always see a doctor. If you suddenly experience pain during training, you should first take a short break for a few minutes and then move on slowly. During the movement, the synovial fluid is pumped through the cartilage and prevents the cartilage from drying out.

¹ Study from the Royal National Orthopedic Hospital in London, England

The post Is jogging unhealthy for your knees? We clear up the myth about running! appeared first on Deavita.com | Living ideas, design, hairstyles, make-up, lifestyle, health and beauty tips.

With this delicious Imbissen one can perfectly celebrate birthdays

So you can easily baste with this DIY decoder