How healthy are sugar alcohols? Definition, list, calories and Co.

Sugar alcohols can be found in many foods, including candy, chewing gum, and baked goods. Despite their name, sugar alcohols are neither sugar nor alcohol. Although they are sweet, they do not affect blood sugar like table sugar (sucrose). Foods that contain sugar alcohols are usually referred to as “sugar-free”, “without added sugar”, “low in carbohydrates” or “keto-friendly”. Maltitol, xylitol and sorbitol are examples of sugar alcohols that you may see on an ingredient label. Erythritol is often considered the healthiest sugar alcohol because it has the least effect on blood sugar levels. But every sweetener has advantages and disadvantages. We'll tell you everything you need to know about the different types of sugar alcohols.

What are sugar alcohols? definition

Some of these sweeteners are found naturally in plants, including berries and other fruits. Some of them are obtained directly from plants. However, most sugar alcohols are made from sugar and starch through a chemical process. Food manufacturers use them to add sweetness and texture to products such as chewing gum, confectionery and baked goods. 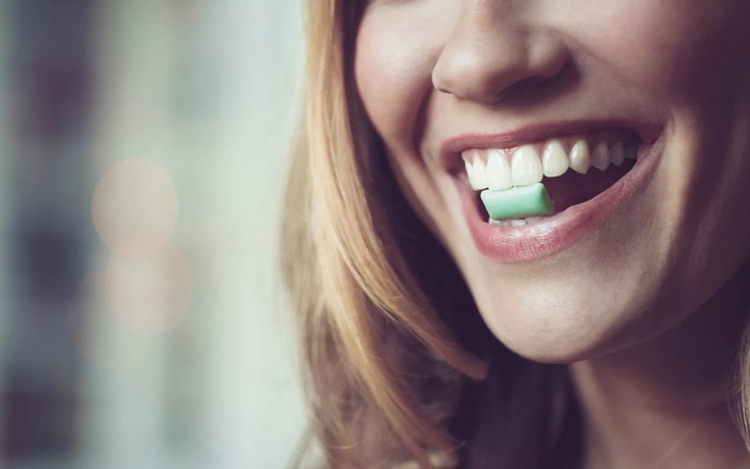 Maltitol has 75 percent of the sweetness of sugar. Because of its appealing taste and texture, the sweetener is often used in hard candies, chewing gum, ice cream, chocolate-flavored desserts and energy bars.

Erythritol occurs naturally in fruits and vegetables such as grapes, pears, melons, mushrooms and certain fermented foods. It is the sugar alcohol that has the least effect on blood sugar levels. For this reason, this sweetener is used by many people who have a low-carb or low-sugar diet.

Sorbitol is made from corn syrup, but is also found naturally in fruits and vegetables. It's often used to make sugar-free chewing gum and candy, but it can cause stomach upset or diarrhea. For this reason, foods with sorbitol must contain a warning that states: “Excessive consumption can have a laxative effect”. 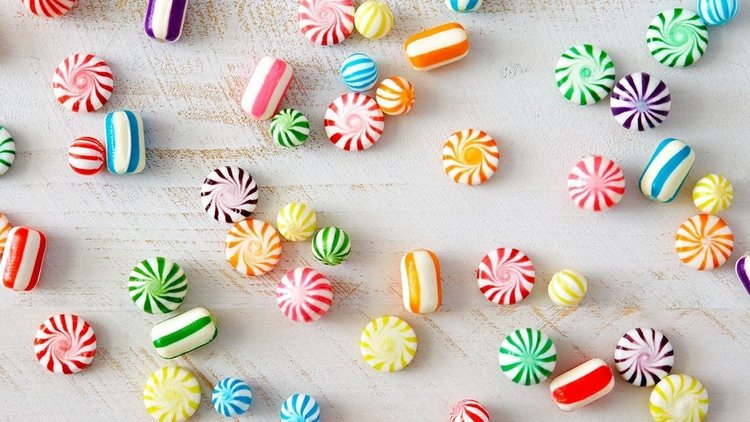 This tooth-friendly sweetener is resistant to crystallization, so it is sometimes used to make hard candies, cough drops or toffee. However, some consumers find that it causes bloating and other stomach problems.

This sweetener occurs naturally in plums, strawberries, cauliflower and pumpkin. Xylitol is commonly listed as a component of chewing gum, mint candy, and dental care products such as toothpaste and mouthwash. 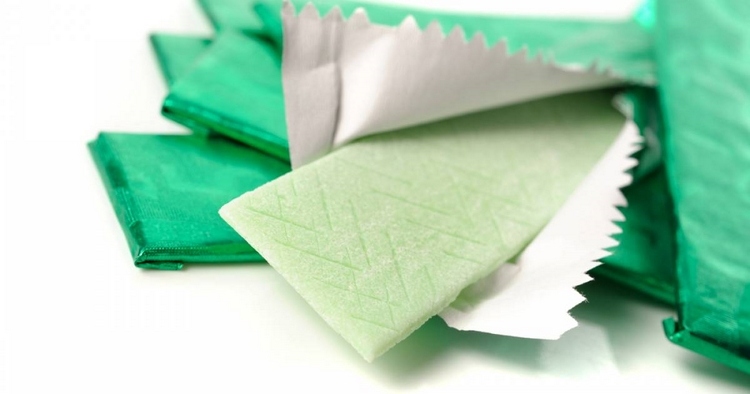 These are mixtures of several sugar alcohols and are mostly obtained through the partially produced hydrolysis of corn starch. The hydrogenated starch hydrolysates are often used in mouthwashes and baked goods. Estimates of their relative sweetness vary. Some say they are only 33 percent as sweet as sugar, others estimate up to 90 percent.

Mannitol is made from seaweed, but can be found naturally in fruits and vegetables, including pineapples, olives, asparagus, sweet potatoes, and carrots. Mannitol can be difficult to digest and can sometimes cause bloating and diarrhea. For this reason, foods with mannitol must contain a warning that states: “Excessive consumption can have a laxative effect”.

Note the total amount of carbohydrates

It is a common misconception that sugar alcohols have no effect on blood sugar. Although they have fewer calories than sugar, most of them are not as sweet. As a result, more of it has to be used to achieve the same sweetness. However, it can be difficult to calculate the optimal amount.

According to the United States Food and Drug Administration (FDA), food manufacturers can voluntary indicate the amount of sugar alcohols on the label under “total carbohydrate content”. However, food manufacturers are CommittedTo list sugar alcohols in the nutrition label on the label if a reference such as “sugar-free” or “no added sugar” is used to describe the food. 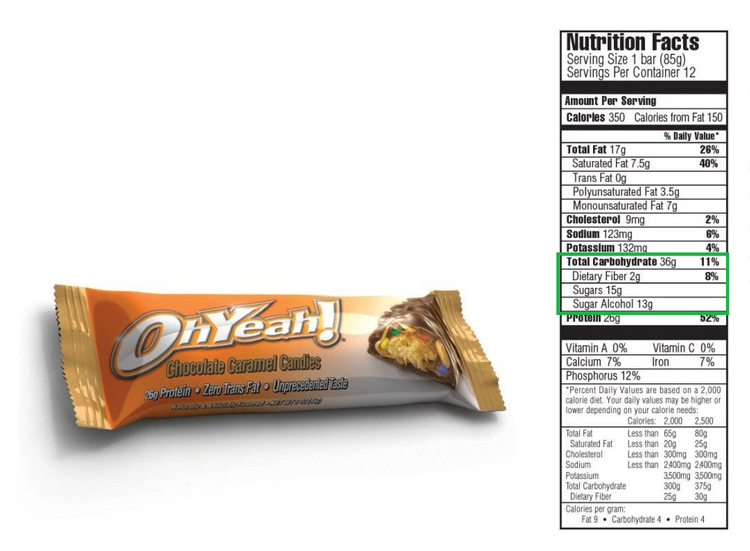 Health experts – especially those who advise diabetics – recommend that one should check the total carbohydrate amount in every food, even if it is labeled as “sugar-free” or “without added sugar”. The total amount of carbohydrates contained in the food affects the glucose level.

Consuming sugar alcohols can affect your blood sugar level. If you are monitoring your carbohydrate intake, you should always check the nutrition label to see how many grams of carbohydrates you are consuming in total – even if a food is labeled as sugar-free or low in sugar. 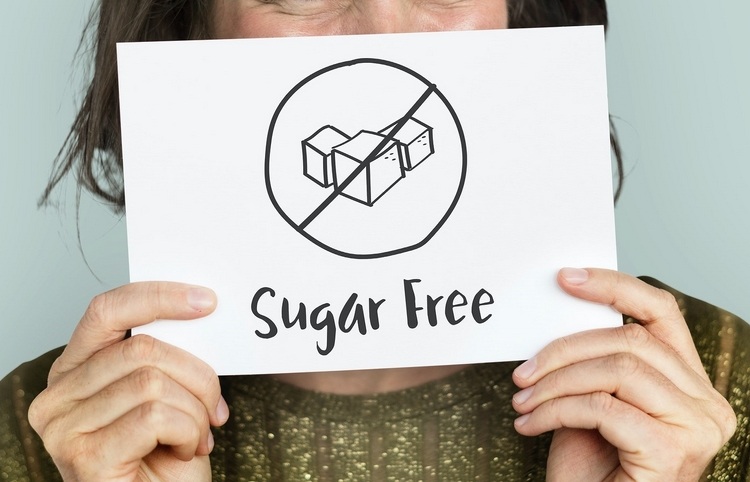 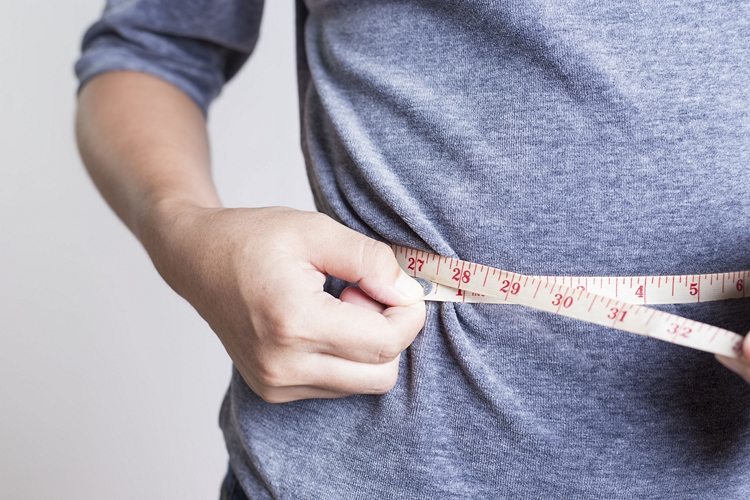 Sugar alcohols do not promote tooth decay like sugar. They also go very well with mint and are therefore often used to sweeten chewing gum, toothpaste and other tooth products. Xylitol actually inhibits bacterial growth in the mouth and refreshes the breath.

Can help save calories

If you are on a low-carb and low-calorie diet, sugar alcohols are a good alternative. They contain far fewer calories than classic sugar. In 100 g erythritol there are e.g. only 20 kcal. This way you can drink your coffee without feeling guilty. 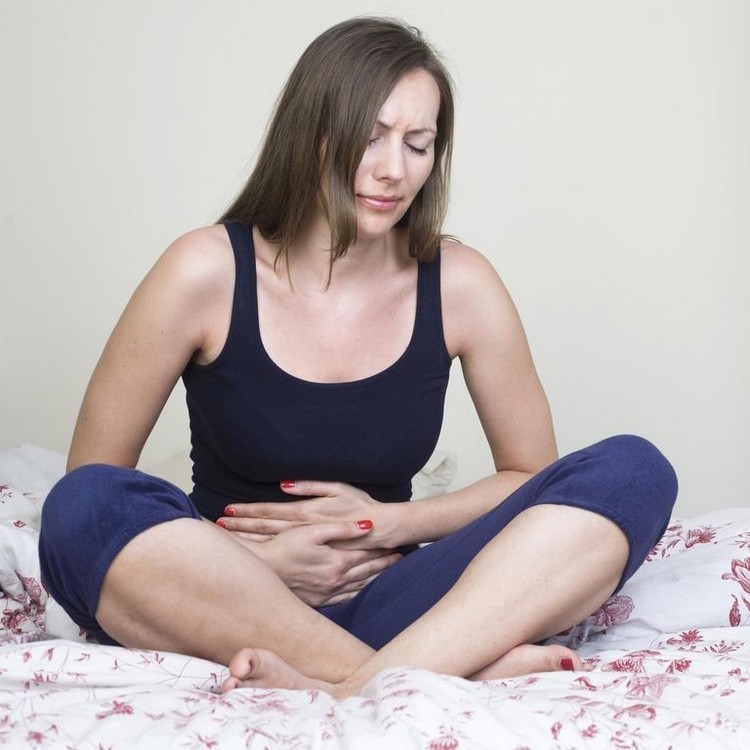 Consider some of the possible drawbacks and side effects before making a decision about including sugar alcohols in your diet.

Sugar alcohols are incompletely digested and ingested, causing stomach pain for many people. They can ferment in the intestine and cause bloating and diarrhea. Compared to other sugar alcohols, erythritol is less likely to have such a negative effect on the gastrointestinal tract. However, people react differently to different sugar alcohols, so a separate test is recommended. A serving of sugar alcohol shouldn't cause much discomfort, but some people have problems with some low-carb desserts.

Food labeled as “sugar-free” or “without added sugar” is often over-consumed. But they still land on the hip and offer little to no nutritional value.

Health experts generally recommend that we consume food in its natural form – or as close as possible. For example, an entire apple provides less sugar and more fiber than a glass of apple juice or applesauce sweetened with added sugar or a low-calorie sweetener. Most foods that contain sugar alcohols are processed and may not offer the nutritional benefits (like vitamins, minerals, or fiber) needed for optimal health.

In large quantities, xylitol can be dangerous for dogs. The sweetener produces a rapid release of insulin, which can lead to life-threatening liver problems or hypoglycemia. Low blood sugar can lead to loss of coordination, depression, collapse and seizures in just 30 minutes after ingestion. If you have a dog at home, keep xylitol-containing foods or dental care products out of the reach of your pet.

Cooking and baking with sugar alcohols

Sugar alcohols have generally been used on a large scale in food production for a long time. You can also use these products at home. Most of them are fairly easily available in stores. Thanks to the low-carb and keto diets, they have become very popular.

You can buy sweeteners like erythritol and xylitol in granular or powdered form to use for baking sweet treats. However, since these products are not as sweet as sugar, they usually need to be combined with another sweetener to achieve the desired effect. 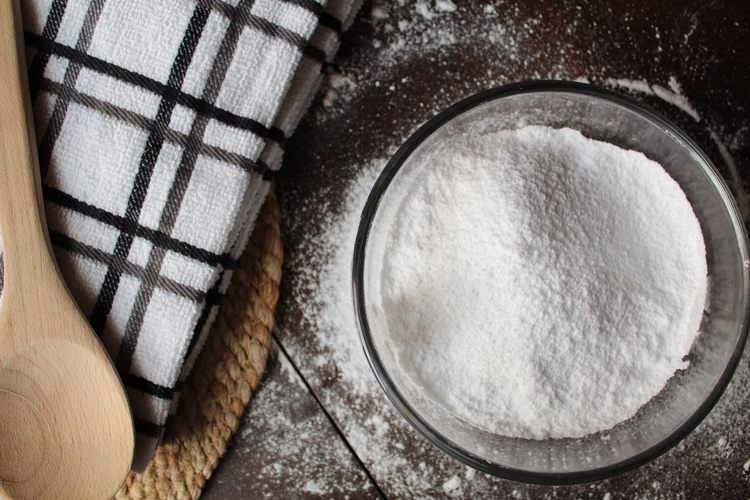 It is best to experiment with the sweetener and the recipe you have chosen. You might also notice a difference in the texture of baked goods, although sugar alcohols are usually better at structuring than artificial sweeteners. When baking, you can use erythritol almost the same way as table sugar.

There are already a large number of recipes online for cheesecakes, muffins, chocolate cakes, cookies and Co. Note the erythritol-sugar ratio: take 1.2 to 1.4 times the amount (200 grams of sugar corresponds to 240-280 grams of erythritol).

If your recipe is for a drink, sweet sauce, or glaze, you may find that sugar alcohols don't dissolve well. In fact, some chefs complain of a grainy texture when using erythritol in liquids. So keep this in mind when cooking.

Finally, the use of sugar alcohols can easily change the taste of your food. Follow the product instructions and take some time to experiment in the kitchen to find the right mix.

Curly hair without heat – the best methods and styling tricks at a glance!