Eco-friendly cities: 8 of the best vacation destinations for a sustainable vacation!

Sustainability and environmental friendliness have become a very important topic in recent years. According to the United Nations Economic and Social Council, 68% of the world's population should live in urban areas by 2050. This overpopulation and the rapid development of technology will put enormous pressure on natural resources and adversely affect the environment. This can make the big cities very dirty and uninhabitable. Fortunately, many cities have recognized the danger in good time and are trying to introduce different environmental protection measures. Are you trying to travel sustainably and environmentally consciously and are you looking for suitable holiday destinations? In this article you will find top 8 environmentally friendly cities that contribute to our planet.

It is our duty to protect the environment in which we live. It is our responsibility to ensure that the air we breathe, the parks, and the ways we walk are not only waste-free, but also nice and clean and green. Citizens and governments around the world work closely together to promote a greener and more sustainable life.

Of course, we start our list with this year's winner of the “European Green Capital Award 2020” – the Portuguese capital Lisbon. With a total of 516 charging stations throughout the city and the surrounding area, Lisbon has one of the largest networks of charging stations for electric cars around the world. In 2017 the government introduced the so-called “bike sharing program”, which makes bicycles available to citizens and tourists free of charge.

Copenhagen has been one of the most environmentally friendly cities in the world for many years. First of all, it should be mentioned that the Danish people are described as the happiest nation in the world. And a person only feels happiest when he is at peace with himself and the environment around him. The main form of transportation for over 50% of people is the bicycle. In addition, Copenhagen should become the world's first 100% climate-neutral city by 2025 and plant 10,000 new trees. This year all buses and public transport will be switched from diesel to electric.

Go on a sustainable holiday in Amsterdam, the Netherlands

Without a doubt, Amsterdam is one of the most beautiful cities in Europe. A very interesting fact is that there are twice as many bicycles in the Dutch capital as residents. The city was one of the first to install charging stations for electric cars – even the garbage is collected by electric trucks. Even the Dutch fashion designers are environmentally friendly and do not use toxic chemicals or similar substances that pollute the air. In 2009, the city launched a special project called “Amsterdam Smart City” to promote citizens, save energy and reduce CO2 emissions. 11 years later, more than half of the residents have installed solar panels on the roof of their homes. Small wind turbines ensure clean electricity generation and are another very popular option among the Dutch.

Stockholm was the first European city to win the “European Green Capital Award” in 2010 and, of course, should not be missing from the list of environmentally friendly cities. 100% of the energy comes from renewable sources and 87% of the hotels have an environmental certificate. Around 68% of residents cycle to work and school, while 25% use public transport, 75% of which are electric buses. Stockholm is also home to one of the most famous eco-districts in the world – Hammarby Sjöstad. It was developed to promote more environmentally friendly living and lifestyle – from solar systems to car sharing to minimal noise pollution and more green spaces.

Iceland has been one of the leading countries in terms of sustainability and environmental friendliness for many years. It is therefore no surprise that Reykjavik is also one of the most environmentally friendly cities in the world. Thanks to the fascinating natural wonders such as fjords, geysers and numerous volcanoes, it is also one of the most scenic areas in the world. The city plans to reduce greenhouse gas emissions by 2040 by promoting cycling and the use of public transportation. There are many geothermal wells in Iceland that provide electricity – the water is converted into steam, which is then used to generate electricity. The amazing thing about Reykjavik is that only 0.1% of all electricity is generated from fossil fuels.

According to the Siemens Green City Index, San Francisco is the most environmentally friendly city in the United States. The city is not only breathtakingly beautiful, but also attaches great importance to sustainability and recycling – the first environmental protection organization was founded in the 19th century. San Francisco was the first city in the United States to ban plastic bags and bottles, which in turn has resulted in more than 77% of all trash being recycled.

Singapore – the greenest city in Asia 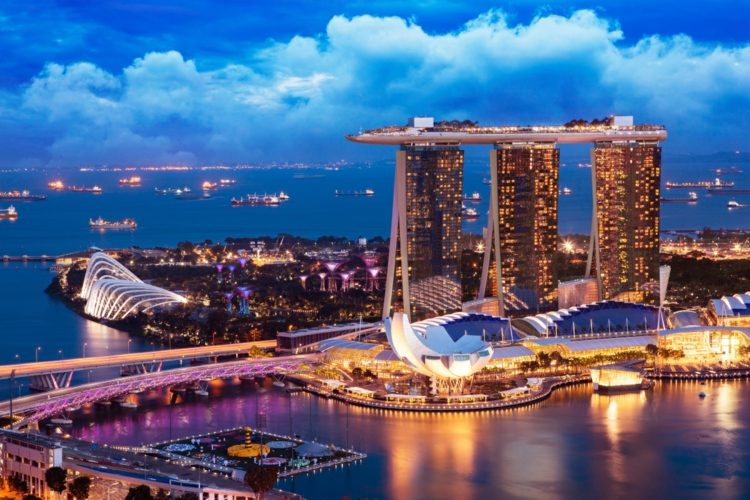 Singapore, also known as the “garden city”, transformed the Declaration of Independence in 1965 into a real oasis with around 47% green space. In fact, more than 80% of residents live just a 10-minute walk from a park. As the city imports 40% of its water from Malaysia, it has incredibly innovative water protection measures. Singapore has Asia's largest processing plant for food waste, which is then converted into electricity and fertilizer. In order to get residents to recycle the garbage, the government has distributed special bins to every household free of charge.

Vancouver is an environmentally friendly city with the lowest CO2 emissions in the world and is ranked 3rd in terms of air quality. A little known fact is that the organization “Greenpeace” was founded there. Vancouver is committed to cutting CO2 emissions by another 33% by the end of this year. With a large, extensive network of cycle paths, pedestrian zones and an unbelievable number of green parks, the city is a paradise for everyone who wants to travel sustainably.