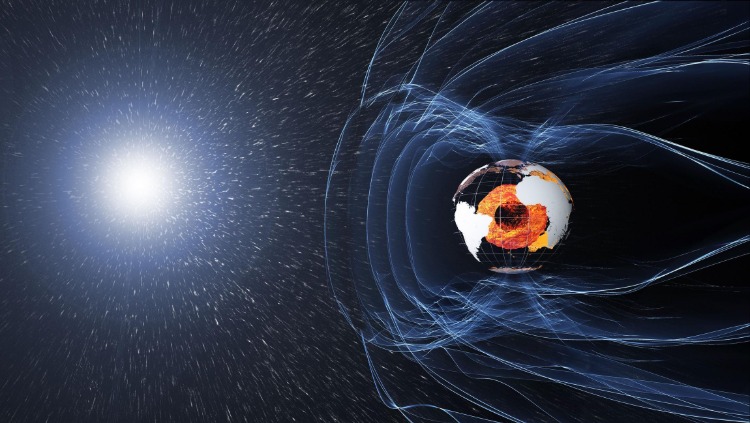 A small but developing bump in the Earth’s magnetic field currently can cause major problems for satellites. The earth’s magnetic field acts like a protective shield around the planet, repels charged particles from the sun and traps them. However, over South America and the southern Atlantic, an unusually weak point allows particles to dip closer to the surface of the earth. The particle radiation in this region can turn off on-board computers and interfere with the data acquisition of satellites that pass them. This is the main reason NASA scientists want to track and investigate the anomaly.

What does the earth’s magnetic field look like currently? 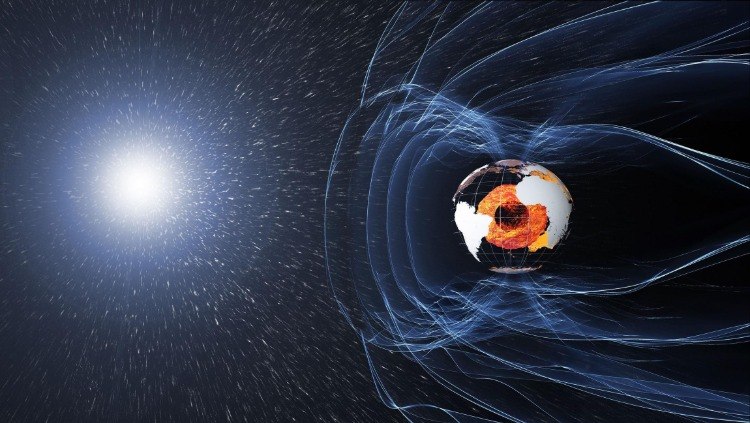 The anomaly, which extends over the South Atlantic, is also of interest to NASA earth scientists. They monitor changes in the magnetic field strength there. This is important both in terms of the effects of such changes on the Earth’s atmosphere and an indicator of what is happening to the Earth’s magnetic fields deep inside the Earth. Currently, the strange event is not causing any visible impact on daily life on the surface. However, recent observations and projections show that the region is expanding westward and continuing to lose intensity. The magnetic field also splits up. Current data indicate that the valley of the anomaly or region of minimum field strength has split into two lobes. This creates additional challenges for satellite missions. The South Atlantic anomaly results from two features of the Earth’s core: the tilt of its magnetic axis and the flow of molten metals within its outer core.

The forces in the core and the inclination of the magnet axis together create the anomaly, the area with the weaker magnetism. This allows charged particles trapped in the Earth’s magnetic field to fall closer to the surface. Although the South Atlantic anomaly is caused by processes within the earth, it has effects that extend well beyond the surface of the earth. The region can be dangerous for low-earth orbit satellites moving through it. So a large number of NASA scientists in geomagnetic and geophysical research groups are observing and modeling this anomaly in order to monitor and predict future changes. Thus, people can prepare for future challenges for satellites and astronauts in space.

The results, published in Space Weather magazine, also gave a clear picture of the type and amount of particle radiation received as it passed the anomaly. Because of this, this highlighted the need for continuous monitoring in the region. The team is currently evaluating the Earth’s magnetic field using data from the SWARM satellite of the European Space Agency, previous missions from agencies around the world and ground measurements. The researchers combine the sorted data with their core dynamics model to predict geomagnetic secular variation (rapid changes in the magnetic field) for the future.

Although the anomaly is moving slowly, its morphology changes. Hence, it is also important that scientists keep monitoring them by continuing their missions. The changing magnetic field offers researchers new opportunities to understand the Earth’s core. This allows you to take a closer look at its dynamics in relation to other aspects of the Earth system. By tracking this slowly developing bump in the magnetic field, researchers can better understand how our planet is changing and prepare for a safer future for satellites.

Say goodbye to a colleague at a change of work – Ideas with pictures,...

We'll bring you where you can make marbled candles yourself