Since the outbreak began, scientists in all areas of the world affected by closures have observed a decrease in coronavirus pollution. As COVID-19 spreads, CO2 emissions decrease and the earth can breathe much better. The pandemic is keeping the economy in Europe and worldwide at bay, which has a positive impact on the environment. The levels of air pollutants and warming gases decrease significantly in some cities and regions. This could affect work and travel due to the low corona virus pollution and the corona crisis. The COVID-19 pandemic is causing a global health crisis and forcing economies to close in the face of stringent measures. However, the outbreak also has a fascinating impact on the Earth's environment, as nations restrict human movement.

Pollution Delayed Due To Corona Virus?

While other factors may have contributed to the decrease in pollutants, including changes in weather conditions, human activities such as transportation and industry directly affect nitrogen dioxide levels. For this reason, it is plausible that the decrease is a result of quarantine. So the pandemic is stopping industrial activity and temporarily reducing air pollution around the world. At least this has been shown by the satellite images of the European Space Agency. Experts claim that the sudden change is the greatest experiment ever in reducing industrial emissions. Measured values ​​from the ESA Sentinel-5P satellite show that the nitrogen dioxide content (NO2 limit values) in cities and industrial areas in Asia and Europe was significantly lower than in the same period last year in the last six weeks.

Nitrogen dioxide is produced from car engines, power plants and other industrial processes and is said to exacerbate respiratory diseases such as asthma. Although the pollutant itself is not a greenhouse gas, it comes from the same activities and industrial sectors that are responsible for a large part of the world's carbon emissions and drive global warming. Reducing air pollution could bring some health benefits. However, this is unlikely to make up for the loss of life from the disease. High levels of air pollution aggravate virus uptake as it lowers immunity. Agriculture could also get a boost because the low coronavirus pollution is slowing plant growth.

Stop the virus from spreading through cleaner air

The World Health Organization (WHO) describes NO2 as a toxic gas that causes significant airway inflammation at concentrations above 200 micrograms per cubic meter. Dirt particles can also be a vector for pathogens and exacerbate existing health problems. The WHO is currently investigating whether polluting air particles can be a factor that makes Covid-19 common and more virulent. The Chinese city of Wuhan, which was strictly banned at the end of January, saw one of the largest declines in corona virus pollution. The city of 11 million people serves as a major transportation hub and is home to hundreds of factories that supply auto parts and other hardware to global supply chains. According to NASA, nitrogen dioxide levels in Eastern and Central China were 10 to 30% lower than normal.

With aviation also coming to a standstill and millions of people working from home, a number of emissions are likely to follow the same downward arrow in many countries. While people who work in the home office are likely to consume heating and electricity more often, curbing commuting and the general slowdown in the economy are likely to impact overall emissions. What is likely to have a significant impact on the scale of these CO2 emissions and air pollution is the government's decision to revitalize their economies as the pandemic subsides. Already in 2008/09, after the global financial crisis, these emissions rose by 5% due to economic spending that boosted fossil fuel consumption. For this reason, we are attempting to list some of the key environmental benefits and consequences of the corona crisis.

This is the first time NASA has observed a decrease in air pollution in the Chinese province of Hubei. The outbreak of the corona virus began there in December. The Chinese government blocked Wuhan and other cities on January 23 to curb the virus, causing a standstill for normal life. It is the first time that a particular event has caused such a dramatic decline over such a wide area. In Madrid, the Spanish Directorate General also saw a 14 percent drop in rush hour traffic. 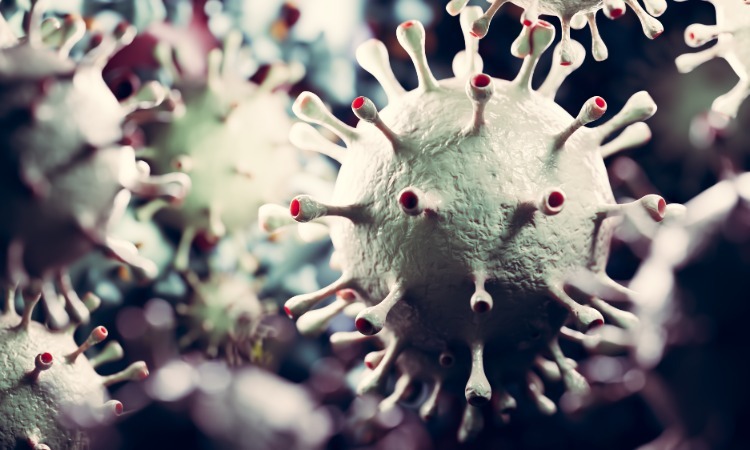 The European Commission brought the Spanish capital to justice last year for failing to comply with air pollution limits. Researchers calculate that improvements in air quality in China may have saved 4,000 children under 5 and 73,000 adults over 70. Even more conservative estimates put the number of lives saved at around 20 times the number of deaths from the virus. It clearly seems wrong and daring to conclude that pandemics are good for your health. However, the calculation may be a useful reminder of the often hidden health effects of the current state.

The slowdown in economic activity also lowers greenhouse gas emissions, albeit temporarily. As the countries order schools, shops and factories to close, these emissions are expected to decrease significantly very soon. The last decrease in CO2 emissions was during the economic crisis of 2008-2009. As the economy revived, demand for coal and other fossil fuels increased, particularly in China, the world's largest emitter. A study by the specialist retailer Carbon Brief showed that such emissions in China have dropped by around 25 percent. Another factor that could dampen emissions growth is lower oil demand. The International Energy Agency said global oil demand is expected to decrease this year as the effects of the new corona virus spread around the world, restricting travel and general economic activity.

The pandemic affects the energy markets broadly, but the oil markets are hardest hit by a severe blow to the demand for transportation fuels. As the effects of the virus spread to other parts of the world, what is happening in China will have a significant impact on global energy and oil markets. Industrial emissions have largely stagnated in Europe, although traffic emissions have increased in recent years. Emissions could also decrease there, as more and more governments issue bans. An assessment for Europe will be made at a later date, however, as the situation is developing rapidly and the restrictions have only recently begun in Italy. As more and more people stay at home, the demand for home entertainment could increase energy consumption.

Waste during the pandemic

For example, the Starbucks coffee chain has decided not to accept reusable cups from customers. There, drinks are only served in disposable cups that are not yet recyclable to prevent the spread of the corona virus. There were also warnings about the consumption of packaged food, for example at work events. Despite efforts by the European Food Safety Authority to reassure people that there is as yet no evidence that food is a likely source or route of transmission of the virus.

Meanwhile, China is drowning in medical waste produced by hospitals such as face masks and protective clothing. In Wuhan City, the volume of medical waste is said to have quadrupled to more than 200 tons per day. However, such articles that have come into contact with infected patients must be burned to avoid further contamination that can occur during recycling. 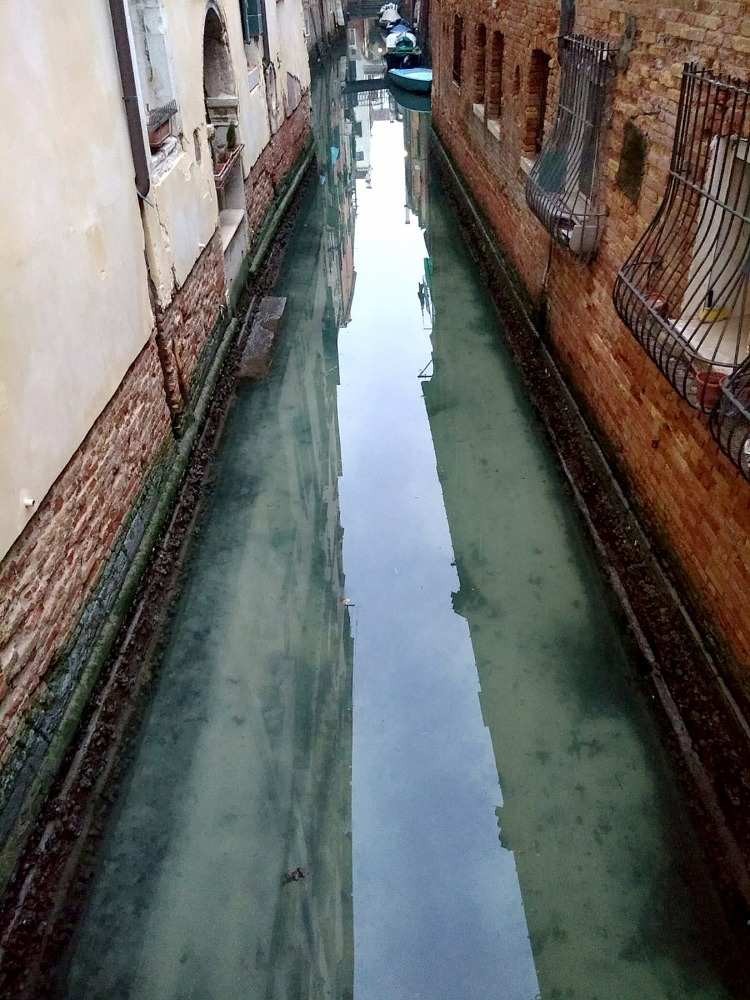 In some cities like Venice, the pandemic has an unexpected environmental impact. Several social media users have reported that water in famous channels, which are practically empty due to the Corona virus being blocked, appears to be unusually clear. However, the unexpected clarity of the water is not necessarily a sign of improved water quality. Perhaps the most important factor behind this phenomenon, according to experts, is the unusual lack of boat traffic. Usually the large number of boats stir up sediment and increase the turbidity of the water. Now that there is a lack of boat traffic, these sediments remain on the bottom of the canals and make them appear much clearer than normal. The enormous reduction in the number of tourists and commuters in the city can also lead to an improvement in water quality, as less waste water is discharged into the sewers.

The quarantine measures for COVID-19 also appear to have an impact on wildlife around the world. This is because people are increasingly confined to their homes. In Japan, for example, sika deer have been seen living in the popular tourist destination of Nara Park. They were in urban areas in search of food after restrictions were imposed on visitors from China and South Korea.

Usually tourists buy special snacks to feed the deer. Many animals have gotten used to eating these treats. Furthermore, a video was made in Thailand of a lot of monkeys fighting for food scraps in the city of Lopburi. The animals rely on food given to them by tourists, but visitor numbers have dropped dramatically in the past few weeks.

The corona crisis and climate change

As the virus attracts everyone's attention, the climate issue has been removed from the agenda. The European Parliament has decided not to debate the new EU climate law. This was done after the plenary session was shortened to minimize human exposure. Parliament President David Sassoli then quarantined for two weeks.

The Swedish climate activist Greta Thunberg asked her followers via Instagram to continue the ongoing protests in cyberspace in the future. The COVID-19 pandemic is already changing the lives of millions of people around the world. At the moment, forces are understandably focused on coping with the growing public health crisis. But what could be the possible long-term environmental impact? 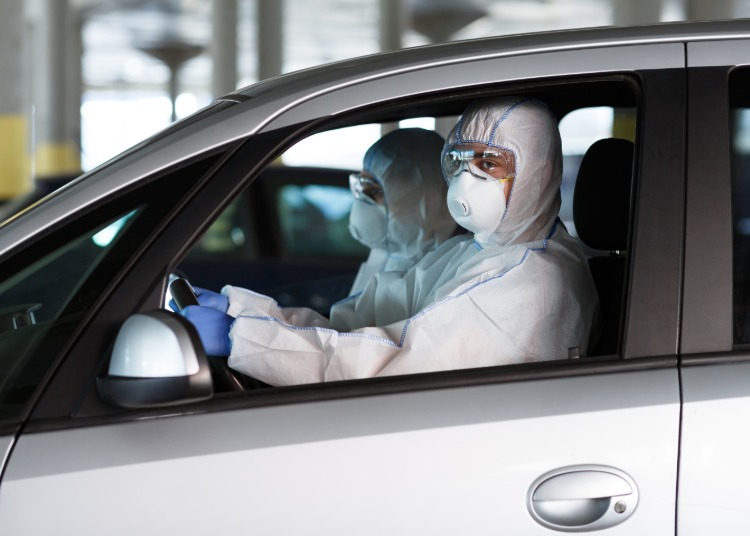 In the long term, many experts talk about how the pandemic offers lessons and opportunities for environmental measures. For example, people will have a new foundation for what is possible online: teleworking, education, shopping, etc. To the extent that governments, institutions and social networks are successful in coming together, the world population may feel more empowered to do so take over. 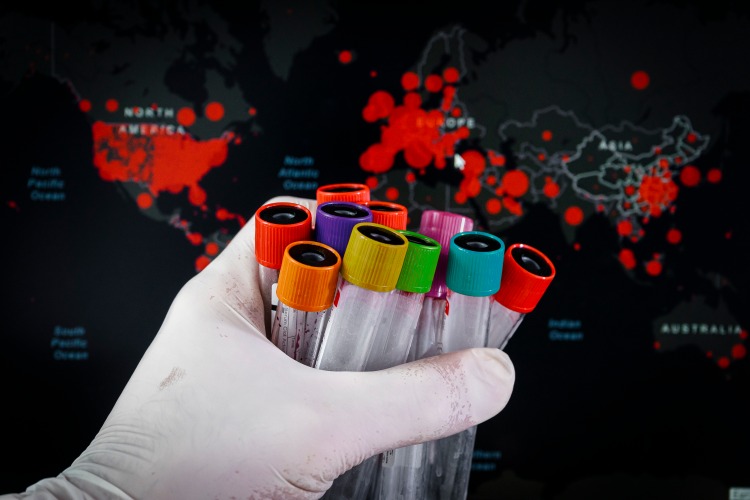 The low corona virus pollution encourages issues such as climate change and the transition to sustainable energy sources. On the other hand, difficult economic times could undermine enthusiasm for environmental protection. Logically, people prioritize their health, safety and previous way of life. For example, if consumers turn their backs on solar and electric vehicles, the pandemic could slow down progress towards decarbonization.