Cause truck accidents due to excessive coffee consumption?

Truckers who consumed large amounts of coffee and energy drinks said they had more truck accidents than those who, according to new research, consumed little caffeine. The study focuses on caffeine consumption among more than 3,000 drivers. 1653 of them drank only one caffeinated drink a day, while 1354 consumed five times it. This also revealed that the high-consumption group had poorer overall health. 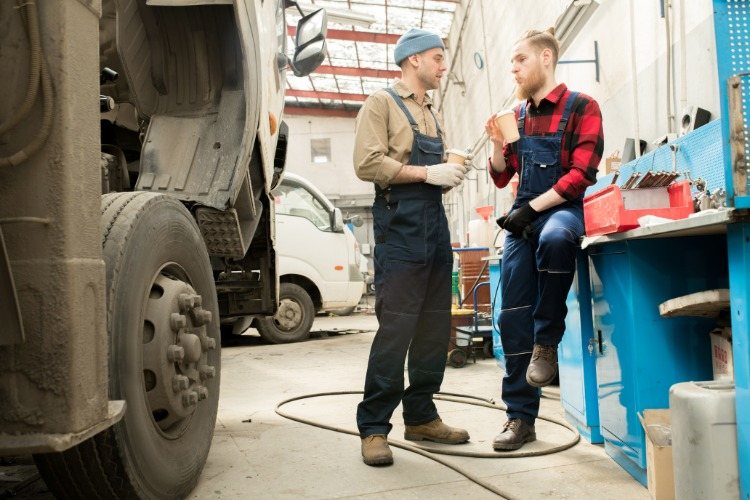 With an average of 7.5 caffeine-containing beverages per day, the big coffee drinkers smoked more, drank more alcohol, did less exercise and had a poor diet. They also slept less and reported feeling sleepier during the day. They were also more susceptible to risky and aggressive driving. In addition, the drivers were involved in more accidents than their colleagues who took little caffeine.

Understanding the relationship between caffeine and collisions could be valuable. The researchers claim that because the advice for drivers who feel tired behind the wheel is to have caffeine. For example, the most effective way to combat sleepiness is to drink two cups of caffeinated coffee. The truck drivers should also take short naps of at least 15 minutes.

Ashleigh Filtness of Loughborough University, who led the study, said: “Truckers are particularly prone to fatigue due to the pressure of shift work and the long hours behind the wheel. This is a safety risk as drowsiness more than doubles the risk of truck accidents. A common countermeasure is caffeine, which drivers use in various forms, including drinks and pills.

As previous studies have shown, coffee consumption can have a positive impact on the risk of car accidents. However, consuming large amounts of caffeine for long periods of time can affect sleep and increase the risk of fatigue and safety. Freight forwarders and companies looking to improve driver safety should take a holistic approach. Together, they should look for ways to improve sleep and health. According to the researchers, caffeine is simply not a solution.

Still, Filtness added that it is important not to stop people drinking coffee when they feel tired behind the wheel. She said, “There is a lot of evidence that caffeine is a good one-time countermeasure. However, we see a high level of consumption that is higher than the amount that 90% of the population would consume. ”

The study intentionally excluded abstainers and moderate caffeine users (two to four times a day) to ensure a clear difference between the low and high groups. The driving safety of the two groups was then examined for information about truck accidents and other violations and compared with their caffeine withdrawal.

Filtness said it is beneficial to study the complex relationship between caffeine and truck drivers, as the group has an above-average consumption rate compared to the rest of the population. The results also showed that drivers who had longer licenses and were older on average tended to consume more caffeine. The study made some recommendations based on all of the factors described.

Mistakes when wearing face masks: You should avoid that!