Breathing exercise during panic attack: 2 techniques to relax during anxiety attacks or stress & to fall asleep

The lack of control over his own body that a panic attack brings is not only uncomfortable in everyday life, but also extremely annoying. And although the problem is common these days (in about 2 to 3 percent of the population each year), in most cases it remains untreated. With just the right breathing, you can not only calm your body and mind faster if you have an attack, but also train and use a breathing exercise in a panic attack as a preventative measure. We'll show you two breathing techniques that can help you.

What is a panic attack anyway?

Panic attacks are unpleasant anxiety attacks that occur suddenly and are characterized by various physical reactions. These include shortness of breath, an increased pulse, sweating and in some cases even chest pain. You hyperventilate. These phenomena can even increase the panic in those affected. The attack usually culminates about 10 minutes after the start, after which it slowly subsides and disappears. It usually takes about 30 minutes.

However, it is not uncommon to be tense and overexcited even after the anxiety attack. Temporary neck or back pain is also a possible consequence of the attack and can make the rest of the day more difficult.

How does the breathing exercise help with panic attacks?

During the attack itself, the right breathing technique helps to focus on something other than the physical reactions or the panic attack. This in turn helps you calm down faster and get through all the reactions more easily. Instead, provide the right breathing exercises for relaxation, and all the unpleasant symptoms can be avoided or at least reduced. However, regularity is the be-all and end-all. The first noticeable effects are not to be expected after a day or two.

The fact that the right breathing techniques are relaxing and beneficial is nothing new. For centuries, they have been used for meditation and yoga, tai chi and other Asian teachings and therapies. An article from 2011 published in the Health Science Journal already mentioned some of the benefits that breathing exercises can bring. According to him, the right breathing exercise is beneficial for panic attacks, fatigue, anxiety, asthma in children and adults, stress, high blood pressure, aggressive behavior in adult men and migraines.

Two breathing exercises for relaxation in the event of panic, anxiety and stress 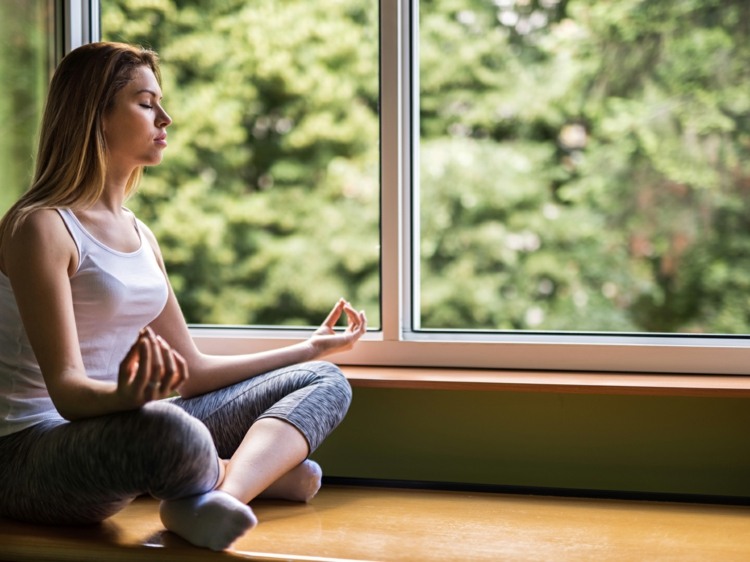 So if you want to make your life a little easier, you should use the right breathing exercise for panic attacks. In the following we will explain two suitable breathing techniques. You can start practicing at any time. And “practice” is the key word here, because even for something as seemingly everyday as breathing, practice is necessary. After all, you want to quickly replace automatic breathing with controlled breathing.

Read the instructions for the two breathing techniques carefully before you start your first attempt. The correct lying or sitting position is also important:

Since dizziness can occur especially after the first few times, the techniques should not be performed while standing. Otherwise, all positions with which you are comfortable are allowed. Remove disruptive objects such as heavy watches, tight belts, scarves or jewelry.

During the first breathing exercise against a panic attack, concentrate on three different areas of the body, which you fill with air in succession when breathing in and out. Before you start, breathe for a few minutes as usual and follow your breathing. This allows you to calm down and adjust to the upcoming exercise. If you are looking for simple breathing exercises to relax, this is ideal.

In the breathing exercise against fear, you breathe in one breath first in the stomach, then in the lungs and finally in the throat. Repeat the exercise 5 to 10 times.

As soon as you have become accustomed to the breathing exercise for relaxation, you no longer need to use your hands, but you can leave them lying next to you as in the starting position. Also do the exercise at least once a day (e.g. before or even to sleep if you want to relax or before getting up). It is important that you get used to the steps well so that you can easily do the breathing exercise in the event of a panic attack or in the event of an anxiety attack. 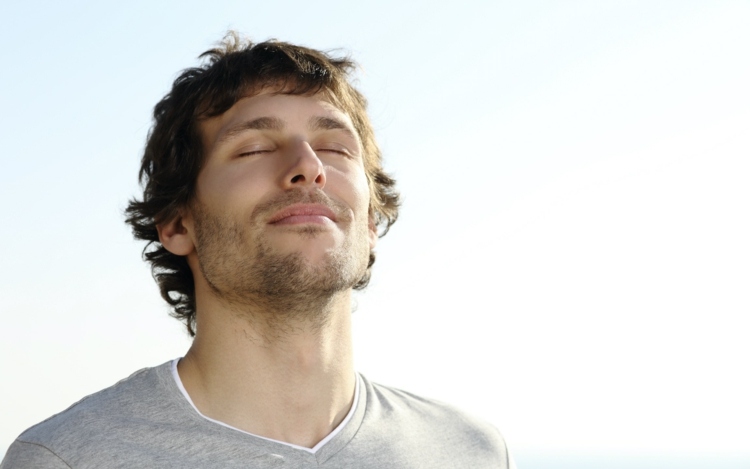 The right breathing exercise for panic attacks can look quite different and be individual for each person. The numbers in this designation are just the number of seconds of the three breathing stages (inhale, hold your breath, exhale). However, the duration is not pleasant or physically feasible for everyone, which is why the lengths must be reduced. We will go into this in more detail below.

If you are looking for a breathing technique to fall asleep, this is also very suitable. Many proponents of this breathing technique even claim that you can fall asleep a minute after using it. It is a wonderful breathing exercise for relaxation, which is not only beneficial for panic attacks and anxiety attacks, but also has a calming effect in normal conditions. So you can fight against stress. How the exercise works:

It is best to repeat this breathing exercise for panic attacks and regular sleep problems up to four times. According to the supporters of this technique, it becomes more effective, the more frequently and regularly it is practiced. The first few times it will be difficult for you to find the right rhythm and to breathe in sufficiently deeply or to breathe out slowly enough and to divide the air correctly. With a little practice you will quickly get used to the technology.

However, if you are unable to keep up with the intervals even after repeating the breathing exercise in the event of a panic attack, you can shorten it. What is important is not the duration of the stages, but the regularity of the execution. For example, the scheme 2 seconds – 3.5 seconds -4 seconds is also suitable. Or instead of using seconds as a guide. In your mind, just count the time a little faster (see video).

This breathing technique is also taught by Dr. Andrew Weil, a doctor who also treats many stars. He is also the founder and director of the University of Arizona Center for Integrative Medicine. According to him, the technology shows perfect results when it comes to anxiety, sleep disorders, feed addiction and aggressiveness.

Studies indicate that regular use of a breathing technique has a positive effect on the heart rate, which is influenced by the stress level, on cognition and anxiety after only 6 weeks.

Moffi Graffiti: the coolest DIY project of all time

This 20 DIY Wohndeko ideas with spray doses bring color into your life!