Asteroid 2018 VP1 could be heading for Earth on Election Day

There is currently a discussion on social media around the world about the possibility that an asteroid named 2018 VP1 could crash to Earth on November 2nd. According to experts, this will happen right before the US elections. In a year of floods, fires and the COVID-19 pandemic, many wonder if this will not be the culmination point. So is there anything to worry about?

Since there is a lot of fake news at the moment, many media outlets try to make headlines with such an event. The so-called asteroid 2018 VP1 is expected to fly by about 3,000 miles (about 4,828 km) from Earth. So there is a small chance, about 1 in 240, that the star body will invade the planet’s atmosphere. Also, it is not a large asteroid and if it should reach the atmosphere it is expected to burn. However, when the words “asteroid”, “impact” and “earth” hit the headlines on social media, it is easy to understand why some internet users feel that a catastrophic event is about to occur on the planet. This was particularly true in 2020, when many simply lost the happiness of mankind amid global coronavirus pandemic, forest fires, volcanic eruptions and heightened political tensions.

It is true that an asteroid will approach Earth the day before the 2020 US presidential election. However, this is a small asteroid with an even lower chance of causing harm to our planet. So the asteroid does not pose a threat to life on Earth. Most likely, it will pass the planet harmlessly. In the worst case, it will burn harmlessly in the atmosphere, creating fireworks for some lucky Earthlings. 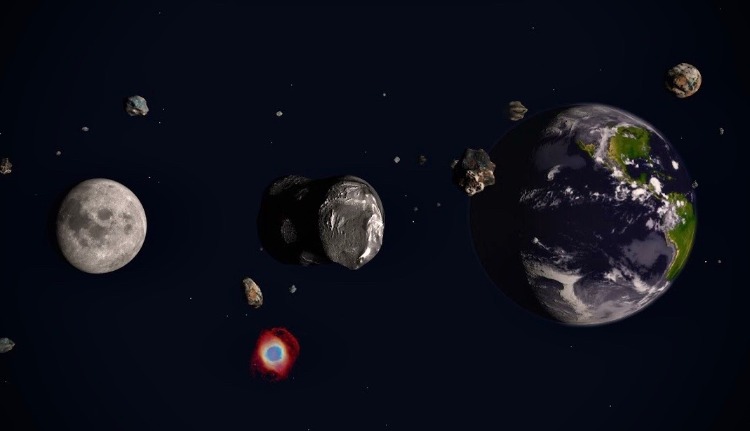 The story begins a few years ago, on November 3, 2018. That night, the Zwicky Transient Facility at the Palomar Observatory in Southern California discovered a faint new “near-Earth asteroid”. It is an object whose orbit can approach it or cross the planet. At the time of its discovery, asteroid 2018 VP₁ was approximately 450,000 kilometers from Earth. This is slightly further than the average distance between the earth and the moon (approximately 384,000 km). The object was very faint and difficult to see against the background stars. Astronomers could only observe it for 13 days before it was too far from Earth to see. From this brief series of observations, it became clear that the asteroid is a type of near-Earth object that they refer to as the “Apollo asteroid”.

Apollo asteroids spend most of their time out of orbit, but swing inward via the planet’s orbit for the innermost part of their journey around the sun. Asteroid 2018 VP₁ takes two years to orbit the sun. The object vibrates directly in Earth orbit every time it reaches perihelion (its closest approach to our star). In a year like 2020, it’s no wonder that Asteroid 2018 VP₁ caused a stir and media hype. Most likely, however, nothing exciting will happen on November 3rd. The star object will likely have returned to the depths of space, invisible. Even if the earth is in the crosshairs, there is nothing to worry about. In the worst case, someone will see a spectacular fireball somewhere in the world. People in the US could potentially see spectacular fireworks before the elections.

Cloud Bread Recipe – This is how easy it is to prepare the new...

Learn dog behavior – Why do dogs smell like po?