The owner of this apartment on the roof operates a 5-piece building. In the past, the roof only serves to preserve water tanks and free up a lot of space. For this reason, the client wanted to build a small roof apartment for their own needs. The unusual location is an interesting, more unique context that distinguishes this project from other housing projects.

Minimalist built apartment on the roof

Instead of a normal living room, the above-listed wooden apartment has a stone-covered courtyard. Trees were replaced in the Lat Phrao district by vertical lines. The soil level is raised to over 15 meters. Besides, this house would have only an exterior facade and would be seen from the side and from no one. To avoid a stark contrast between the apartment and the downstairs buildings, the architects have designed the timber building so that no one can see it from public streets.

So the main idea is that the apartment on the roof is not going to work as a original building. The effect should free the construction of the usual form. The team also wanted to create a boundless box out of the sky. The whole thing works as if these thicknesses of wall and roof did not exist, but even holes could be drilled in that ceiling, to mount curtains, air-conditioning, lighting and decorations.

The intention, therefore, was to give the viewers the illusion that the entire blanket runs in a straight line, although the dwelling has a suspended blanket and a hanging that is deliberately used, wall and blanket appear thin. These techniques may not be new in architecture. In this dwelling on the roof, it is still special, since a short distance between the main structure and the outer dazu contributes to the techniques used by the architects.

Function and design in one

In relation to the function, the owner wanted the apartment on the roof for its private use. This was mainly because there was no frequent guest reception. With this in mind, the whole team looked interesting, letting the project look even more minimalist than otherwise. The boundary between each room is connected by a courtyard. The functional area is subdivided according to the grid of the dwelling's down arrows, so that it provides a layout with six grids. 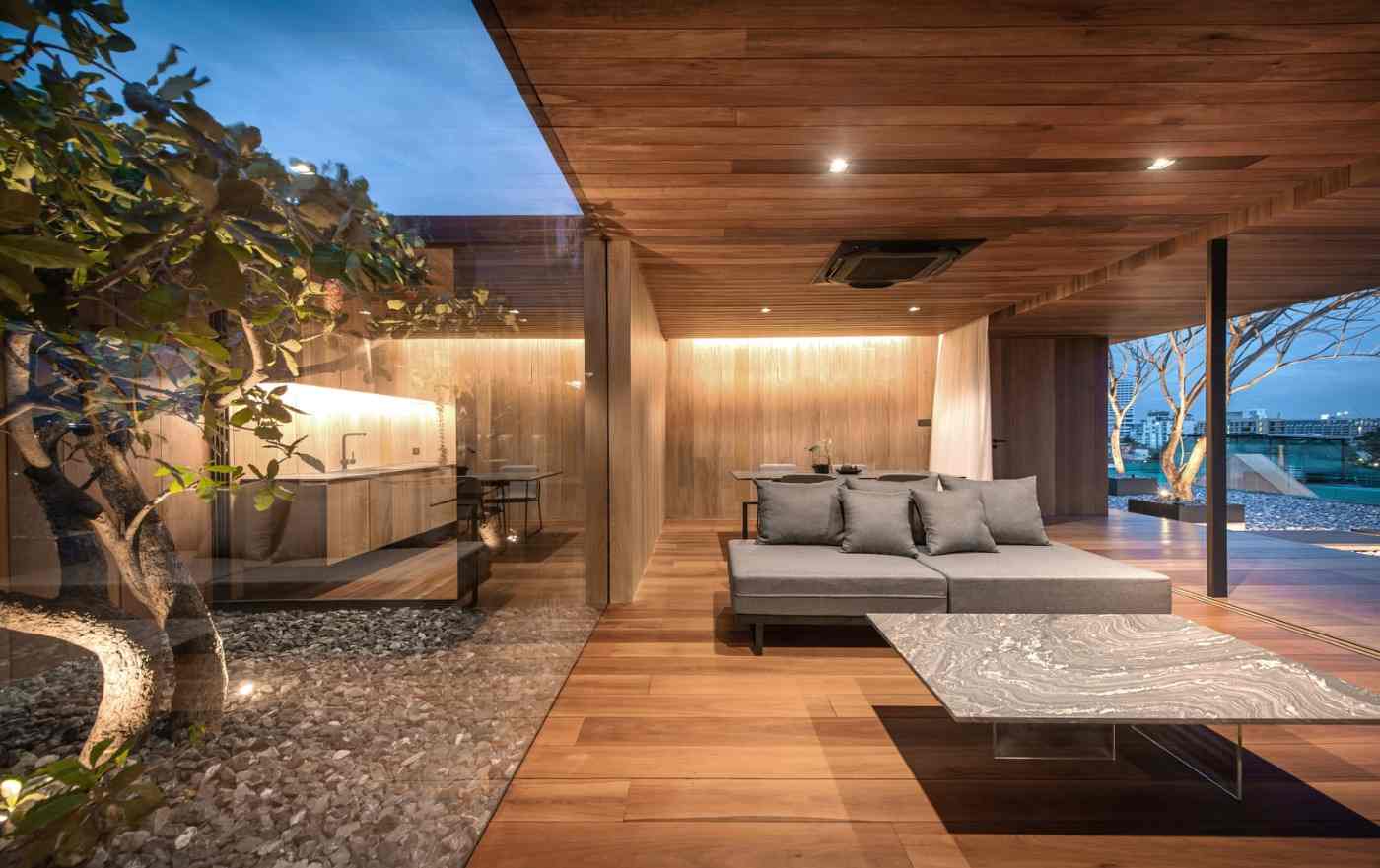 The front area also consists of three cells, which serve as a dining area, living room and bedroom. Through a large glass sliding door the occupants can enjoy a panoramic view. Because of this, its position can be exactly behind a small column and give the impression that this building has no column. The rear part consists of the remaining three rooms, which can be seen as a bathroom, a kitchen and a courtyard, which can be seen from anywhere in the house.

Since the owner is prepared for a large number of wooden boards, the architects have used this as reference material. Some parts even show defects, such as cracks, cartilage, saw traces and unequal colors. The enlightened people saw this as a natural charm of real wood, so they had to throw away none of it. As the construction is completed, as a final result, a space has emerged that, with the warm color of the wood and the cool tone of the sky, is just as finished, as it had been on both sides of the contract.

DIY Decide for a tropical party even at rest