Crop tops, velvet dresses, patent leather and wrap-around skirts: some of the styling must-haves styling must-haves of the 90s look like fashion sins today, others celebrate a real comeback and are totally in again. One thing is certain: the 90s fashion was imaginative, brightly colored, striking and easily recognizable. The perfect reason to organize a theme party in the trendy 90s style. You don't need to dig deep into your pocket for a 90s party outfit, because most costumes can be put together easily with household items. We show you 50 ideas for pop, hip-hop and techno costumes that are guaranteed to draw everyone's attention.

90s party outfit: those were the trends back then

No decade stands for fashionable diversity and has influenced both street and haute couture fashion. In terms of fashion, the 90s are the best time for real trendsetters, because back then the main thing was rebellion. The silhouette of the clothing has been redefined and completely changed. While the clothing style was rather elegant in the 80s, the so-called street style triggered a real hype in the 90s. We explain how you can recreate the look.

In the 90s, jeans were not only worn in everyday life, but even on the red carpet. What you liked was allowed. High cut, wide at the top and tight at the bottom – this jeans cut is still known as carrot pants. The women wear crop tops or tie a shirt with a check pattern above the navel. The men pair their jeans with oversized denim shirts, T-shirts or hoodies. If you like the hip hip hop look, you choose badgy jeans. They cut a good figure especially with crop tops and platform sneakers. Straight-leg jeans were also popular in the 90s. They mostly have cracks or patchwork details.

The denim mini skirt is also one of the fashion statement garments of the decade. The denim skirts for true fashionistas have a slightly flared silhouette and are provided with a button placket in the center front. They are worn with a crop top in a contrasting color or with animal prints. Platform shoes complete the look effectively. As an alternative, there are tight mini-skirts in a used look with a fringed hem. You can complete the casual styling with lace-up boots and an oversized t-shirt.

In the 90s, pop stars like Britney Spears and Justin Timberlake liked to be photographed on the red carpet in denim outfits. The dream couple of the pop scene caused a sensation at the MTV Music Awards with a perfectly coordinated couple look. She was wearing a denim maxi dress, he was wearing a denim suit.

If you want to put together a party outfit in the style of the 90s, then you can opt for a street style look. You need a crop top, a checked shirt, a pair of jeans or a mini skirt with a fringed hem and high boots with a suede look. Wear an accent color fanny pack and a baseball cap with the peak behind. The trendy chokers can give the outfit that certain “extra”. Everything is allowed in terms of color, the more colorful and striking the better. The black and white oversized checked shirt is an absolute classic, and you can pair light blue jeans with a worn look. Perfect with this – a top in neon colors that you tie at the front over your stomach.

Disco leggings enjoyed great popularity in the 90s and are the It garment par excellence. It is no wonder that they were an important part of every 90s party outfit for women. Chunky sneakers with a thickly padded tongue, a belt bag in neon color and a bomber jacket with a cool print match the disco leggings. Put a cap with a logo on the side and wear a large gold chain to complete the party look.

The singer Aaliyah was one of the fashion icons of the 90s. Her trademark was an outfit put together by fashion designer Tommy Hilfiger. The singer wore a crop-top bandeau top from the Hilfiger brand with wide badgy jeans with a red pocket. The Hilfiger brand panties, which were drawn over the edge of the jeans and were tone on tone with the top, rounded off the outfit. The ensemble is perfect for a theme party because it is easily recognizable and at the same time extremely comfortable. You can wear a large cotton shirt over it.

Today they are long forgotten, but in the 90s, checked mini skirts were the fashionable Keypeace in every fashion collection. Check patterns are everywhere and adorn not only mini skirts, but also crop tops, blazers and even vests. In the film “Clueless-was Else”, the main character Cher and her friends like to wear pleated mini skirts that you combine with lace-up shoes and long stockings. A suitcase bag or a daypack fits perfectly, which, by the way, is back in fashion today. 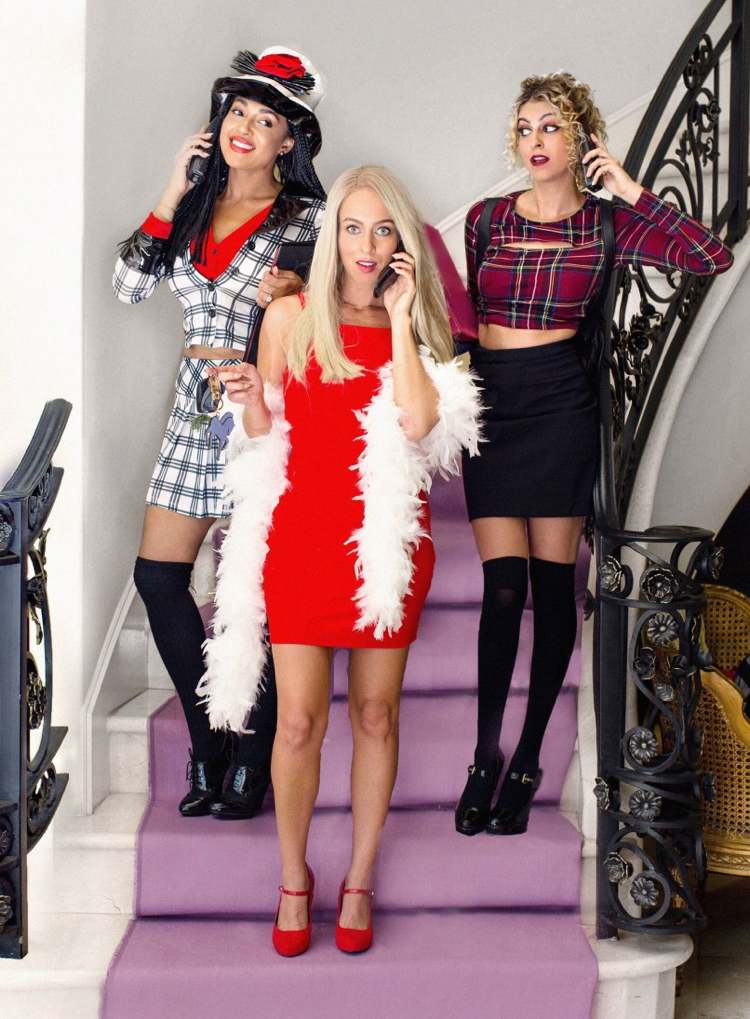 The accessories are an inseparable part of the outfit of every fashion-conscious lady – elaborately decorated hats, feather boas and chokers were the latest craze in the Nineties. Shoes also play a major role – while in the second half of the decade only plateaus or wedges were worn, in the early 90s, besides pumps, lace-ups with heels were also very popular. Twenty years later, the then trendy shoe models celebrated a real comeback and conquered the hearts of fashion girls anew.

Another outfit that is inspired by the film “Girls Club – Carefully Bite”: Pink mini skirt and pink blue. Pink and pink are among the trend colors of the 90s. If you like the girlish look, then you can't go wrong with a pleated skirt in pink and a matching blouse. Of course, wear pink pumps with a patent leather look. Superstars like Christina Aguilera or Britney Spears like to show themselves in pink outfits on the red carpet. And Gwyneth Paltrow even wears a pink dress for an Oscar award ceremony.

What should you wear to a retro hip hop party? 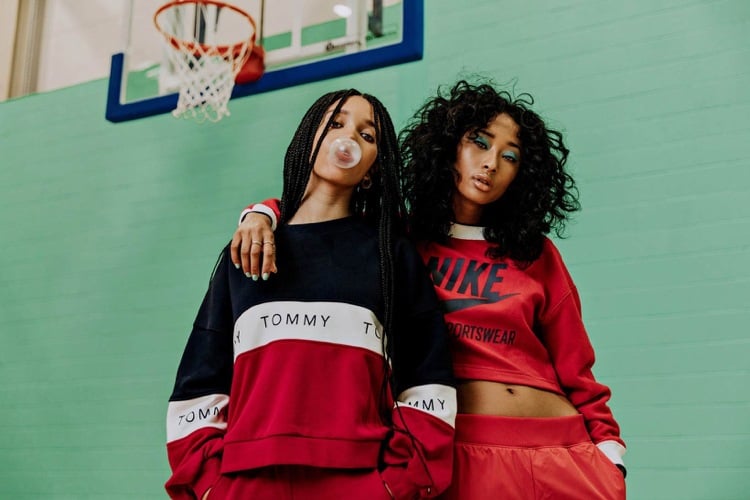 If you're invited to a 90s style hip hop party, then don't worry about the outfit. Fortunately, most of the hip-hop trends of the 90s are totally in again. Atleisure, i.e. training pants, are more popular than ever and are not only worn for sport. Combine sweatpants with wide legs, elastic waistband and side decorative stripes on the trouser legs with a crop top with a logo print on the chest. Incidentally, the color palette red, white and dark blue / black is currently very popular.

If you are invited to a theme party and want to make your 90s party outfit yourself, then you should definitely not forget your sunglasses. The mirrored sunglasses with colored lenses were the must-have of the 90s. Nowadays they are back in fashion and are sold in different shades: purple, orange, pink or green-blue. Glasses with a slight color gradient are particularly popular.

Men's fashion in the 90s is also as versatile as ever: in everyday life, most boys stay true to the R&B trend and wear wide jeans. At parties it suddenly looks very different: velvet pants, transparent tops and shirts with elaborate prints, striped vests and earrings make up the eclectic charm of the party look. The many boy bands that have dominated the music scene this decade set the tone. Like Backstreet Boys, who are particularly fashion-conscious.

Fashion and music have been going hand in hand for many years. Ravers also tried to stay true to their clothing style during techno parties. And that's really not for everyone: nylon shirts and vests, high hats and trousers with extra-wide legs are an indispensable part of the techno scene of the 90s. If you want to stand out, you can have your hair dyed in bold colors such as purple, pink or green … Like 18-year-old singer Billie Eilisch. Maybe she was also inspired by the trends of the 90s, which are now back in fashion.

As much as some would like to forget this fashion sin: in the 90s, neon colors were very popular. Today they are making a real comeback. But while 20 years ago the neon colors complete the look and set accents, today shrill ensembles in plain neon colors are the latest craze. And, if you want to recreate the raver or techno look, you should rather put on a shirt or hat or maybe a jacket in neon colors. It does not have to shine the whole outfit, the 90s styling works better with subtle details.

The fashion of the 90s is exciting, characterized by strong contrasts and very expressive. So if you are looking for a party outfit in the style of the 90s, then you can find numerous ideas in the photo gallery.

Disco leggings and tone-on-tone tops and feather bollards, tops with prints and faux fur coats were all the rage at the time

90s party outfit for women: velvet dresses are making a comeback this year, back then they were very popular 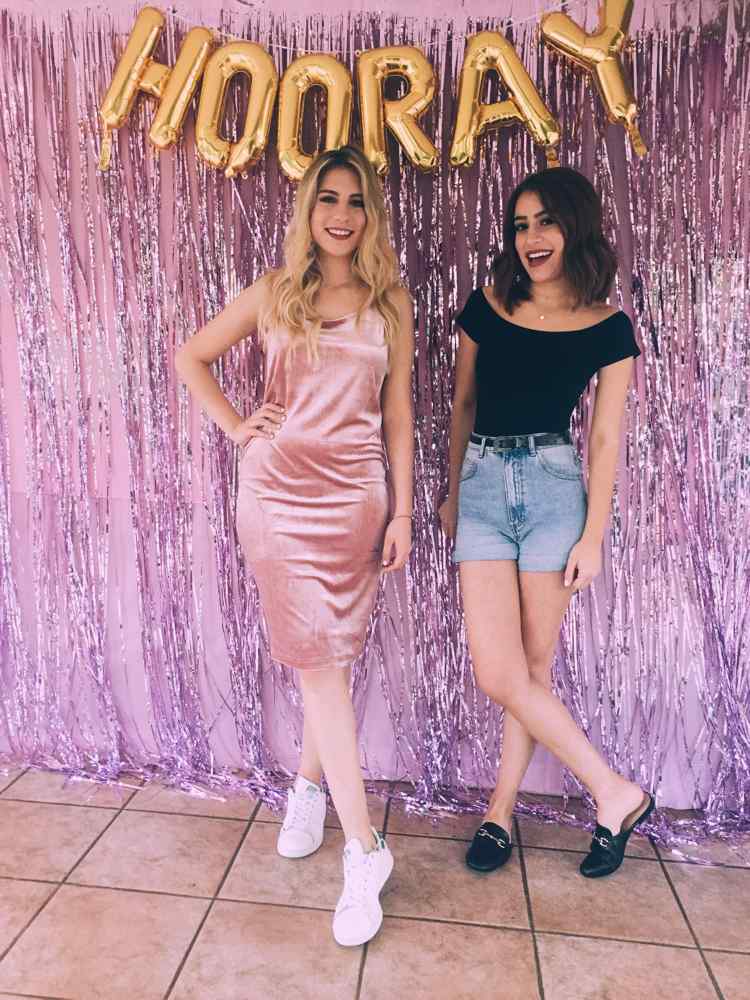 Outfits for the prom in the style of the 9e0r years 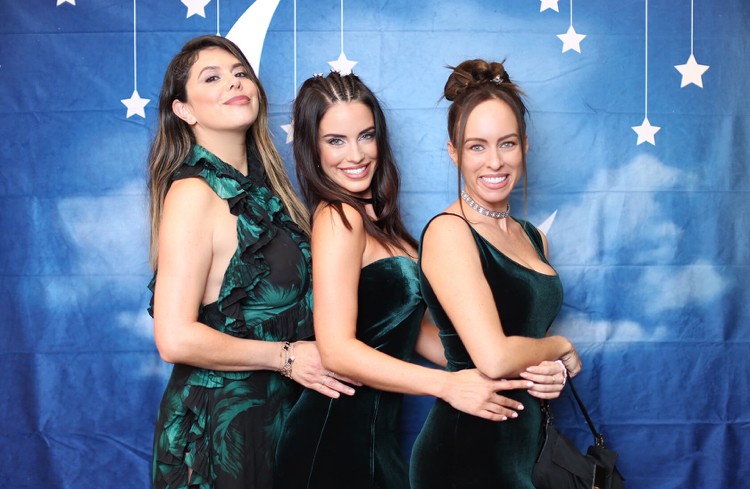 The TLC trio were known for their cool hip hop outfits

The TV series “Welcome to Life” has become a cult 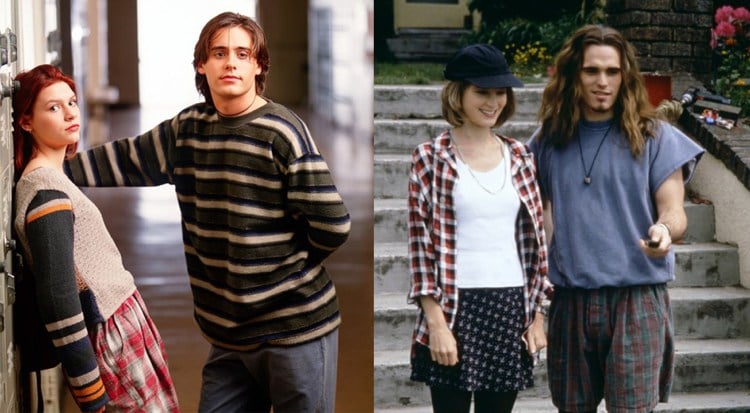 90s party outfit for men: patent leather jackets were the Keypeace in the N’Sync outfits 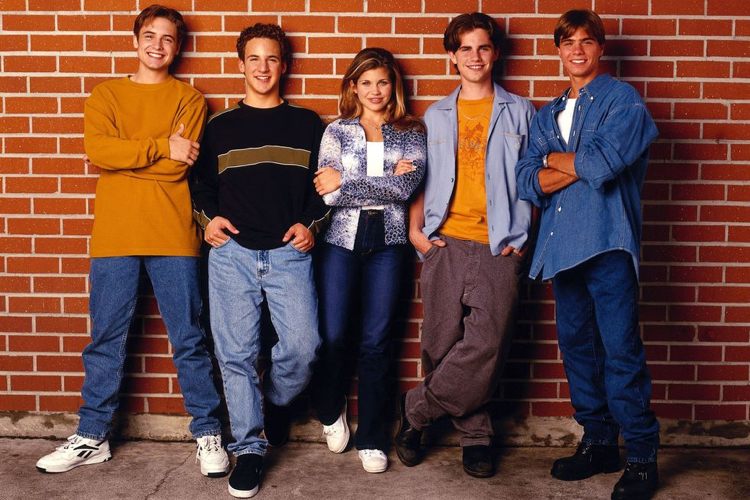 The straight hairstyles of the 90s are also easy to spot 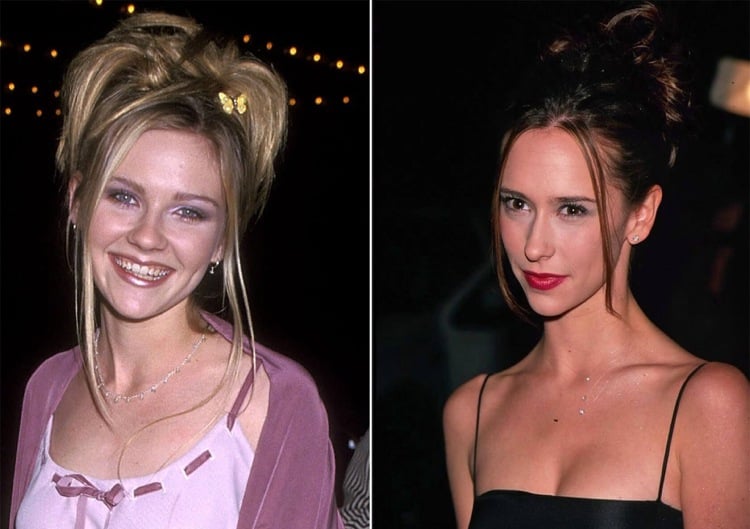 Celebrate theme party in the style of the 90s

Outfits that are inspired by films and TV series

Gwen Stefani was the trendsetter of the 90s

If it should be elegant: the red dress by Rose from the film “Titanic”

Outfits from the hit TV series “The Prince of Bel Air” 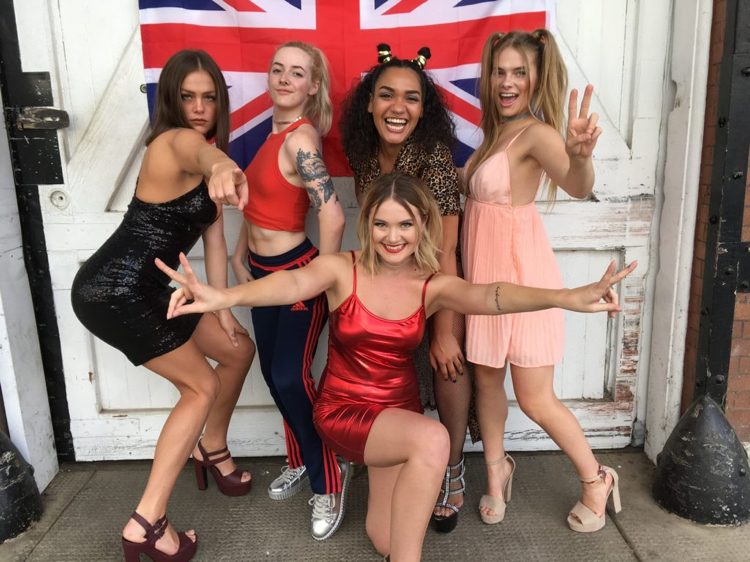 Sunglasses as an accessory to your outfit 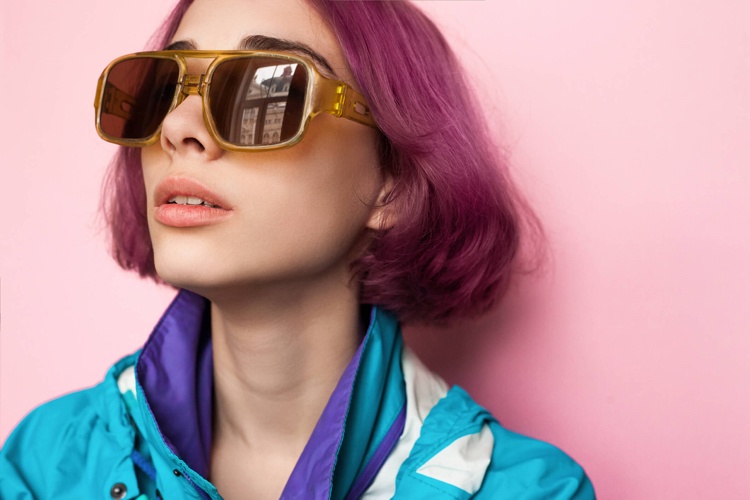 Coronavirus cat transferable to humans – is this possible...