12 Myths About Yoga You Shouldn't Believe

A study from 2019 indicates that around 2.81 million Germans aged 14 and over frequently did yoga in their free time. The variety of yoga pants and the associated equipment on the German market speaks for the growing popularity of mental and physical training. But just because yoga has found its way into the collective psyche of the Germans does not mean that all information that people have about the millennia-old Indian teaching is true. In fact, there are numerous myths about yoga – many of them contradictory – that we want to clear up with. Below we have put together some of the wrong ideas about yoga and added a realistic explanation.

The most common myths about yoga:

1. You have to be flexible to do yoga 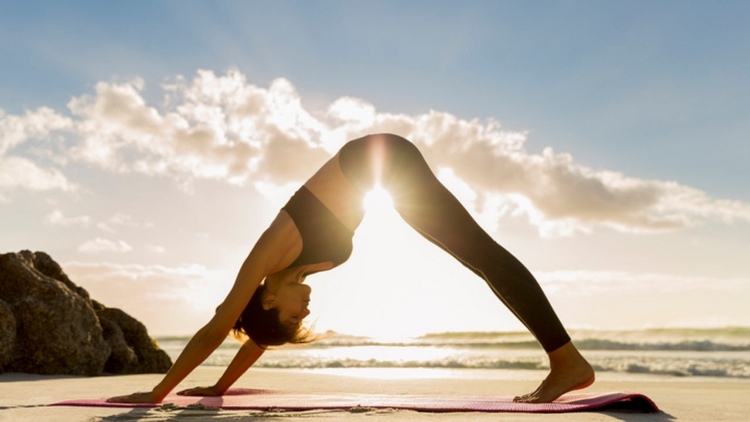 You don't necessarily have to be able to touch your toes while standing to do yoga. Beginners can do this by bending their knees. Over time, yoga can help you become more flexible, but you don't have to be like a rubber person to get started. Flexibility is a result of yoga, not a requirement.

2. Yoga is for the slim, young and beautiful

The image of the yogin is now associated with the idea of ​​slim, pliable, beautiful young women who go to studios and beaches to accomplish pretzel-like contortions that they then post on social media. This image is attractive, of course, and it certainly helped to arouse interest in yoga, but this impression is misleading and not in line with reality.

According to the Statista survey on the number of people in Germany who practice yoga or Pilates in their free time (according to frequency and age groups in 2013), only around 13 percent of those surveyed fell into the 14-29 age group, with the large group The majority of respondents were over 30 years old and 12 percent of them fell into the “40+” category.

The slim figure is also a misunderstanding. You don't have to be thin (or conventionally beautiful) to do yoga. Yoga is versatile, inviting and suitable for everyone. Just check out the Instagram pages of truly inspiring yogis like Jessamyn Stanley and Amber Karnes who prove that yoga is accessible to everyone in all sizes.

3. Myths about Yoga: Yoga is a religion

For us Europeans, there is a lot of yoga that may seem “religious”, and certainly Indian teaching has a spiritual element, but it is important to understand that yoga itself is not a religion. This myth about yoga can be heard very often among Christians. This comes from the Indian roots of yoga, where mantras and chants have been used for many years. They are meant to focus on the essentials and help us to awaken inwardly, but they are not required to practice yoga.

And even if you chose to join the mantras and chants, you would not convert to a new religion. There is a spiritual element that encourages you to connect to a higher power, but it is non-denominational so that people of any religion can do yoga.

4. Only vegetarians and hippies do yoga 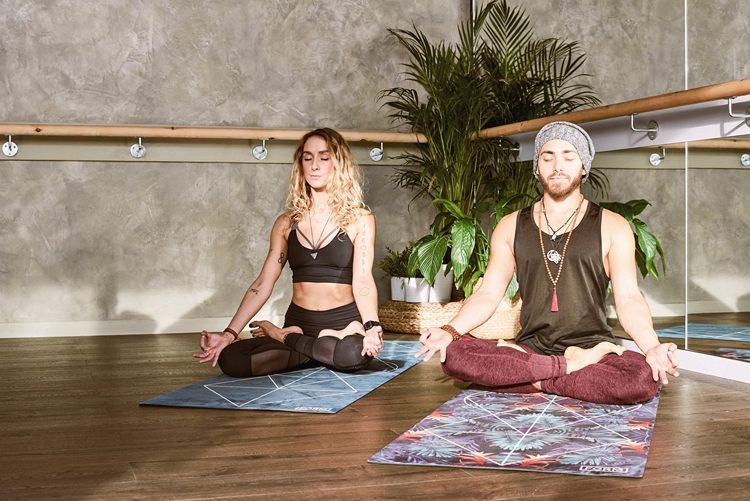 It is true that yoga is a teaching that promotes self-confidence, love and connection with the world. As practitioners become more careful and conscientious in their actions, many of them make decisions that somehow seem “hip” to the outside world. According to a 2016 American survey, half of yoga practitioners say they “live environmentally conscious, eat sustainably, and donate time to their community.” But that means the other half doesn't claim to do these things. So there is no obligation for yogis to do without meat or to stop using commercially manufactured deodorants.

5. Yoga is all about stretching 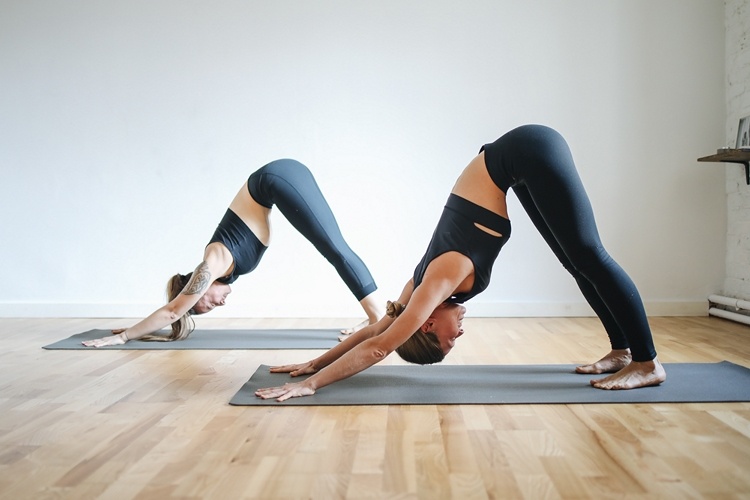 Believe it or not, yoga is not about streching. Yes, when you go to a typical yoga class, you will be guided through a series of asanas (poses) that are very similar to and feel like stretching, but the physical element of yoga is only part of the overall picture.

Yoga is about the breath. The real goal of yoga is to move the body, connect to the breath and be in the present moment. The only real “goal” is to release excess energy. That is why yoga is seen as a lesson rather than a workout. As a yoga practitioner, it's not just about what happens on the yoga mat for sixty minutes, it's also about what you take with you from that 60-minute session to keep it in your soul for the rest of the day. 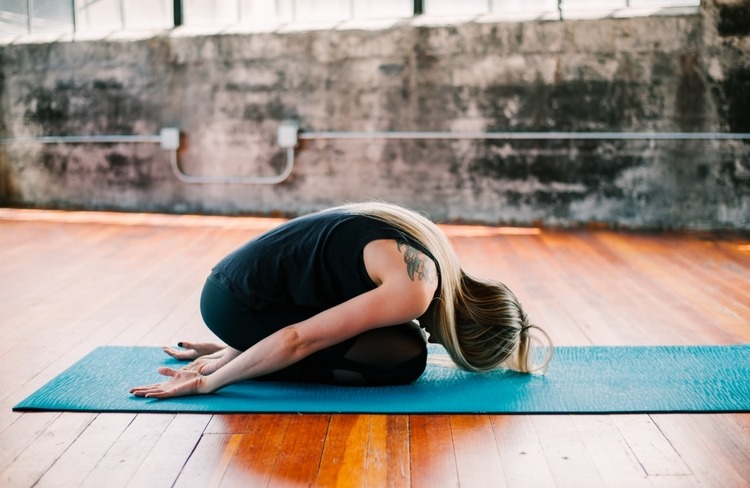 To be fair, there are some “easy” poses in yoga, that is, if you define “easy” as “not physically challenging”. Both Savasana and the child pose would not make you sweat. If you are the type who likes to run hard, lift heavy weights, train intensively, and just work up a sweat in general, you might want to take a look at yoga and think: “Ugh, that's far too slow and inconspicuous for me. You might even think, “My training time is precious, why should I waste it on something less effective than my usual routine?”

Yoga is not necessarily a hard workout, but it is much more demanding than many people think. Poses are muscles that are not used often or are not kept in a static or isometric contraction. Not to mention that yoga poses put your body in less than the known positions. The result? Beginners probably leave class thinking, “Wow, that was more difficult than I expected.”

Those of you who are still skeptical about “wasting” valuable exercise time with yoga should consider the following:

7. Yoga is too difficult

One of the great myths about yoga – quite the opposite of the previous one – is that yoga is too difficult, or more precisely, “beyond my ability”. Yoga may seem unfamiliar to someone who hasn't done it before, and many people are afraid to step out of their comfort zone and try something new. They may be afraid that they will not be able to perform the poses, that they will not be able to participate, or, in the case of athletes, that they will feel unable to take on physical challenges when they normally feel confident.

If fear is what is holding you back, you might still want to try yoga. The most important thing you learn through yoga is to listen to your own body, move forward at your own pace and let go of judgment and criticism, both by yourself and by others. There are also a variety of poses and variants that allow for individual differences and skill levels.

8. Myths about yoga and pregnancy

It is known that exercise is good for a healthy pregnancy and that yoga is often propagated as a safe and gentle option for expectant mothers. So why should this be considered a myth? Everything is in the details. Yes, women should do yoga during pregnancy, but with caution. During pregnancy and to a lesser extent during menstruation, the female body produces the hormone relaxin. The function of Relaxin is to prepare the body for the upcoming delivery by relaxing the muscles, connective tissue and joints or making them more flexible. While this leads to greater flexibility, it could also encourage mothers-to-be to go too far during yoga practice, which can lead to injuries.

More experienced yogis should listen carefully to their bodies in every practice and stay within their pre-pregnancy limits. Beginners should pay special attention to safety, as they may not know where their limits are. You should work with a qualified yoga teacher and perhaps take special yoga classes for pregnant women. And by the way: there is also yoga with a baby.

9. You need special clothing for yoga

You don't have to have the right outfit or clothes to do yoga. Yoga is not about looks, but about moving your breath through your body and finding a deeper connection with yourself. To be clear, you can do this while wearing everything you want, whether it's a comfortable pajamas or the leggings you already have on hand. We also have to mention that most major yoga studios have mats to rent and yoga accessories to rent, so you really shouldn't buy anything before your first class. 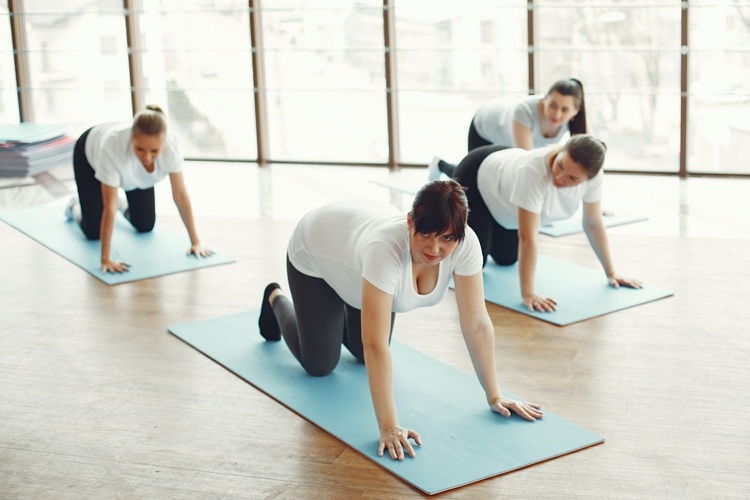 If you find it uncomfortable in a class with other people to stick your butt up in the air, you are not alone. Many are afraid of the class environment because they do not want to be “watched”. In fact, most of the practitioners are focused on the pose, so they may hardly notice what the people around them are doing. When you do certain poses, you don't have time to think about the people around you when you watch your breath and try to perfect your alignment.

We have never seen a “No Boys Allowed” sign on a studio door. In fact, yoga was started by men. Historically, some of the greatest yoga teachers have been men. And today more and more men, including celebrities like LeBron James, Colin Farrel, Adam Levine and Robert Downey junior, are practicing yoga. If you're still not convinced that yoga is a “male” thing, watch a DVD from Diamond Dallas Page, a former wrestler and world champion.

12. Myths about Yoga: It takes too much time 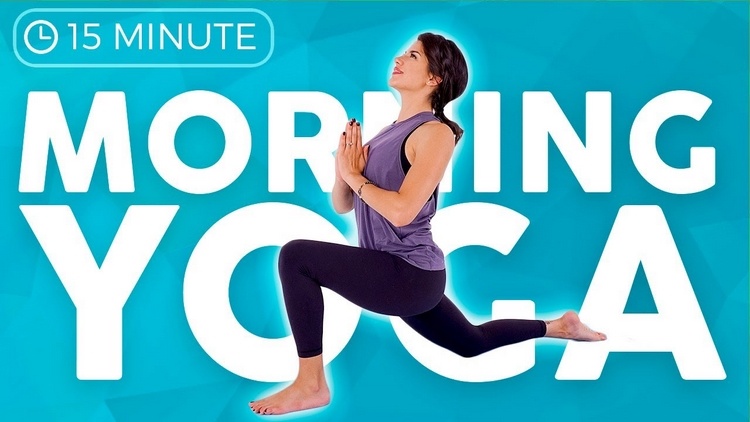 Many yoga classes take about 30, 60 or 90 minutes. The idea that you have to commit to an hour of yoga to take advantage is far from reality. Anyone can find a yoga workout online these days that is 5, 10, or 15 minutes long. The excuse that time is the key factor in not doing something for yourself is something that people should rethink. If you have 10 minutes to watch TV or sit at the computer, you have time for yoga!

After we have cleared up these myths about yoga, are you ready to get rid of the excuses in your head? Now is the perfect time to pick a video for beginners and try some asanas yourself!